Two Syrian rebels, one formerly with the Islamic State of Iraq and al-Sham and the other a current fighter, offer conflicting perspectives on the radical group's advances in Iraq. 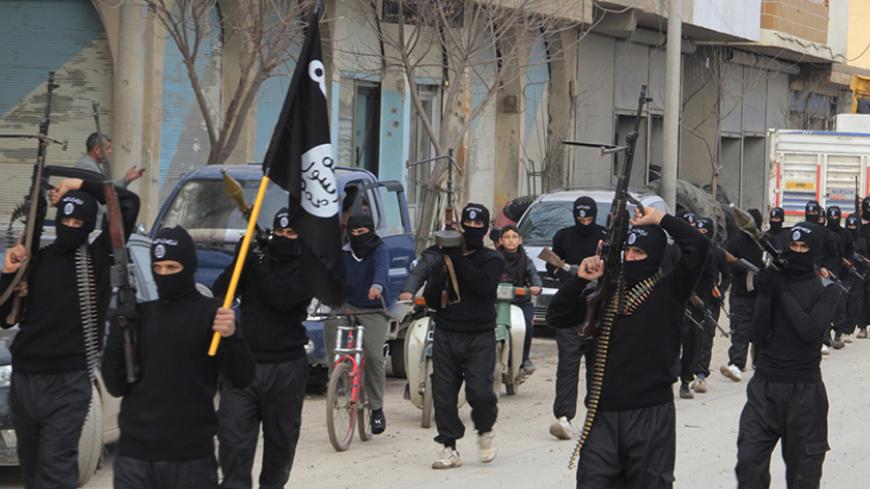 Fighters from the Islamic State in Iraq and al-Sham carry their weapons during a parade at the Syrian town of Tel Abyad, near the border with Turkey Jan. 2, 2014. - REUTERS/Yaser Al-Khodor 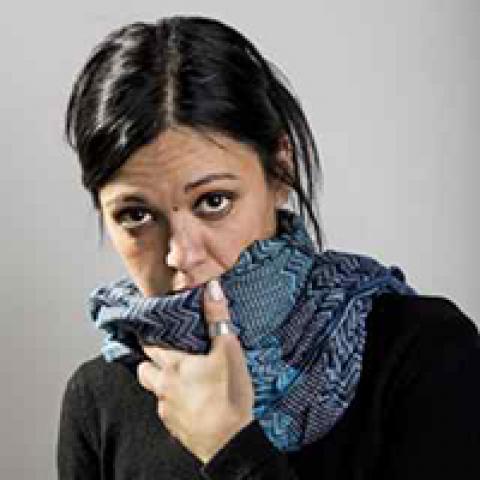 K., 28, is on the line from Aleppo. He speaks to Al-Monitor via Skype, with a soundtrack of barrel bombs and gunfire, but that's no news — and not the source of the disappointment and dismay that mark his voice. A trainee doctor turned sniper, he was long one of about 5,000 men that the Islamic State of Iraq and as-Sham (ISIS), the al-Qaeda offspring currently in the spotlight for its stunning gains in Iraq, is estimated to have deployed in Syria.

ISIS controls a large area stretching across the border and looks stronger than ever. I spent time in autumn 2013 embedded with ISIS fighters in Aleppo, K. among them. K. was initially seduced by the group’s fighting power and the values it sought to represent. He wasn't deeply religious, he says. He joined Islamist groups, fighting with Ahrar al-Sham and Jabhat al-Nusra before joining ISIS, because they were the only ones to provide real training and oppose rampant looting and crimes of any kind. "They had not only rules, but values."

But everything changed between December and January, when the regime of Syrian President Bashar al-Assad began a massive air campaign that has yet to end. "It was some kind of hailstorm. We had to rally together. We had to create a diversion — to attack Latakia, or Damascus, whatever, but all together. Instead, amid the smoke, the fire, the rubble, infighting erupted, and the struggle became one against infidels, rather than against Assad. While Aleppo was vanishing, we were hunting infidels house by house, or even better, ruin by ruin," he complained. With the help of a foot infection, he quit ISIS.

"Now I realize that they didn't come for Assad,” he says. "That's why they focused on eastern Syria. Our priority was Aleppo. We repeated that we had to advance from north to south — Aleppo, Hama, Homs, down to Damascus — and they replied that the priority was to deprive the regime of the bulk of its economy — of Raqqa and Deir Ez-Zor, which have oil and agriculture. But the economy here collapsed long ago. Assad is funded by Iran, not by oil — we were just cannon fodder. And not only is Assad no longer the lesser evil, he will soon become a US ally. You see? He already bombed Raqqa. Who remembers our demands anymore? Democracy, justice … Who remembers why we started this whole thing up?” His bitterness toward his former comrades is evident. “We have been defeated by ISIS, not by Assad.”

In Syria, the newly re-elected Assad seems to be gaining the upper hand. Homs, the symbol of the revolution, was forced into a cease-fire by siege and starvation. Now Aleppo, too, pounded by six months of nonstop airstrikes, appears ready to fall. "But thanks to ISIS, all the headlines are about Iraq," says K.

He explains the moment he decided it was time to quit ISIS: "For me, the turning point was the Carlton Hotel, the day it was blown up. In some way it was Aleppo's response to the surrender of Homs. And some of us claimed that now we could reopen the war through tunnel bombings, while others believed that we should have accepted a truce instead, and bought time to reorganize. Keep the regime under pressure through random attacks. Well. … Suddenly I thought, I am 28; is this the only future I'm able to imagine? Tunnel bombings or car bombs? And I realized that no matter how it ends, in Syria, we all have lost."

The story of K. resembles that of many Syrians who have taken up arms, even with the most radical groups, only to be disillusioned and disappointed. But not all have had the same ending. Indeed, for many Islamist fighters, Sharia means much more than law and order. M. is also 28 and joined another unit I accompanied for some time in early 2014. Before the uprising, he explains, he was a handyman at a five-star hotel.

"On May 8 [when the Carlton Hotel was bombed] I was celebrating. For all my life, I've been a servant to scum who earned lots of money just through kinship, friendship, bribes. That was Syria. My mother died from a cancer that we couldn't afford to treat. … And those guys were living in luxury without ever working," he says. His war is different from K.'s. "Assad is only a fragment of the problem. That's why I joined ISIS. We want a different society. A society where you don't waste on wine and whores the resources you need to treat the sick."

In the areas under its rule, ISIS has been denounced by Syrians as a new regime that shows no tolerance and no mercy for dissidents and minorities. Its strict interpretation of Islam revives corporal punishment. Its violence is so brutal that even al-Qaeda leader Ayman al-Zawahiri disowned the group. But M. rejects these accusations.

"You look only at the executions. But every war has its executions, its traitors, its spies. We set up soup kitchens, we rebuilt schools, hospitals, we restored water and electricity, we paid for food and fuel. While the UN wasn't even able to deliver humanitarian aid, we were vaccinating children against polio. It's just that some actions are more visible than others. For every thief we punish, you punish a hundred children with your indifference."

For a few months in late 2013, ISIS was Aleppo's main military force. The rebels united to drive it out, and it eventually withdrew to the east. But it was not defeated, instead setting up base in Raqqa, in eastern Syria. M. asserts, "We saved the revolution."

Unlike K., M. is still a fighter. When ISIS withdrew eastward, he withdrew, too, speaking to Al-Monitor via Skype from Al Bab. Aleppo's countryside is scattered with ISIS gunmen.

I asked M. if his movement was bent on redrawing the map of the Middle East, to which he replied, "There is no map. … Where you see borders, we see only your interests."

M., embodying the ISIS ideology, railed against the aspirations for democracy in the Arab world.

"Look at Egypt. Look at the way it ended for Muslims who cast their vote for [deposed President] Mohammed Morsi and believed in your democracy, in your lies. Democracy doesn't exist. Do you think you are free? The West is ruled by banks, not by parliaments, and you know that. You know that you're just a pawn, except you have no courage. You think of yourself, your job, your house … because you know you have no power. But fortunately, the jihad has started. Islam will get to you and bring you freedom."