A group of Palestinian Syrian refugees performed a mock wedding ceremony to bypass security checks as they crossed Europe from the Mediterranean to reach asylum in Sweden. 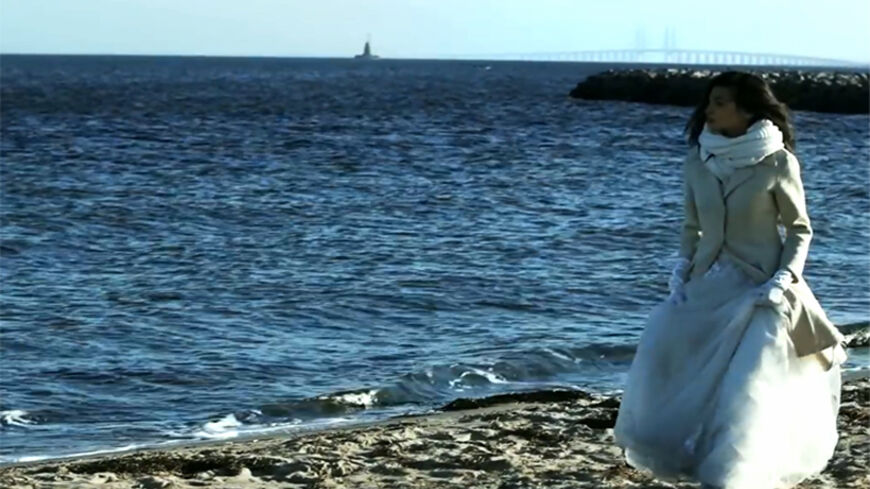 The documentary "On the Bride’s Side" follows a group of Syrian and Palestinian refugees who create a pretend wedding in order to cross into Europe. - YouTube

Europe has received 89,000 Syrians and Palestinians who have fled war-torn Syria since 2011, a mere 4% of the total number of refugees created by the war. Neighboring Lebanon has received more than a million, Turkey almost 800,000.

Today, from Morocco to Turkey, Syrian citizens pay between 1,000-15,000 euros to get to Europe, by land and by sea, with 55% arriving in Sweden and Germany. Illegal entries are still criminalized and the Dublin Regulation is rigidly applied. Nationality tests are carried out and detention cases are registered. The list of issues, disappearances and scandals continues to grow. But since October 2013, the horror of war and death at sea has arrived on European shores. On Oct. 3, 2013, 366 bodies, the majority of whom were Somali and Eritrean, were recovered 1 kilometer (0.62 mile) from the Sicilian island of Lampedusa, while on Oct. 11, 268 Palestinian and Syrians died at sea between Malta and Lampedusa.

The documentary "On the Bride’s Side" was born out of this horror. It started with the reality at Milan’s Central Station, where large numbers of Syrians arrive before departing again toward northern Europe, paying extortionate sums to traffickers for a clandestine transit through Europe. And so filmmaker Antonio Augugliaro, freelance journalist and writer Gabriele Del Grande and Palestinian-Syrian poet Khaled Solaiman al-Nassiry decided to devise a wedding to cross European borders with a wedding procession. I was invited to the wedding. I was invited to be on the bride’s side. And so we accompanied five Palestinians and Syrians to Sweden.

Their names are Tasneem, Mona, Ahmed, Abdalla, Manar and Abu Manar. They come from the Palestinian refugee camp of Yarmouk, Damascus, and each has a different story to tell. Tasneem has lived in the camp for the entirety of the war. Mona and Ahmed lived for five years with their children in Libya, from where they set off for Lampedusa. Manar and Abu Manar arrived from Egypt after 12 days at sea.

Manar is only 12 years old and is passionate about rap music. Finally, there is Abdalla, the groom and one of the survivors of the tragedy in Lampedusa. We began the journey to create a film and take political action. The film's title came about because we are on the bride’s side. But then we always have been on her side; that is, on the side of those fleeing wars and seeking asylum, on the side of those who want to be able to travel freely toward and around Europe. The deaths in the Mediterranean were weighing heavily on our minds.

We didn’t realize how much fun it would be. Disobedience. Crossing borders. Doing politics with a creative idea.

We didn't know that in Milan they would respond to a hairdresser’s question, “Are you refugees?” by saying “No, we’re famous Palestinian actors.”

We didn’t know that passersby in France would unknowingly cry “Felicitations pour le mariage,” rather than ask for documents.

We didn’t know that our Palestinian friends could ask for asylum dressed in a jacket and tie, with bows and bouquets, rather than having just got off a boat after 48 hours at sea.

We didn’t know that we could make toasts among Syrian friends who, separated by dictators, refugee camps and borders, had not seen each other for 20 years. And that beside them there were European youths that long to be more Mediterranean than Central European.

We knew of the horrors that had taken place and continue to take place today. The death and horror of war in the Middle East seem distant, but one feels close to those who have experienced Syria firsthand. Those who have seen the mosque in Damascus, the Citadel of Aleppo, the Norias of Hama. Those who have been to the archaeological digs, who have studied Arabic, who have photographed the sunrise in Palmyra.

It is a country where you will find the Euphrates, but one that has been destroyed by foolishness. Syria, the nation steeped in ancient history, will be left with the odor of cartridges and bullets.

Perhaps people knew there was a camp of Palestinians in Damascus, the largest in Syria, and that people were dying of hunger there, beneath the bombs. And that, one day, we would have held back the tears when hearing those stories. When that war disembarks in Sicily, it seeps into our cities’ stations. It is humbled before the inhospitable. It erodes in the houses of those who open their doors. An unresolved sorrow in the Mediterranean.

We knew that not everyone was able to travel freely. One sets out to sea with the intention of sending money to parents and children. It is necessary to arrive to northern Europe to have a hope one day of seeing the Imperial Fora or the Egyptian pyramids using a Swedish passport.

We knew that everything was that difficult. But we no longer knew how to describe it. How to denounce it. How to cry out about it. How to continue writing books and articles in which one must find synonyms for the words "death" and "freedom," like old reporters of a neighboring war that has been unresolved for years, crushed by the indifference of their compatriots.

But the words "death" and "freedom" do not have synonyms.

Beyond death and freedom, however, there is also love. The love that Tasneem, the bride, experienced for 2½ years amid the bombs of Damascus, having chosen to stay in Syria. The love of those who were forced to witness the destruction of their city to fulfil their dreams of living in Italy. The love of a father who wants his son to become a famous rapper to save the rest of the family trapped inside. The love of a survivor who stood before the corpses of the drowned, the souls that are now preserved in the water and forgotten in the tragic silence.

There was always our love, it was just we didn’t know it was so real, so possible.

Just like this story and this film. “Fantastic. Yet, damningly true.”