AIPAC weighs in on US military aid to Egypt

The House Appropriations Committee defeated an amendment to cut US military aid to Egypt, with an assist from the American Israel Public Affairs Committee (AIPAC). 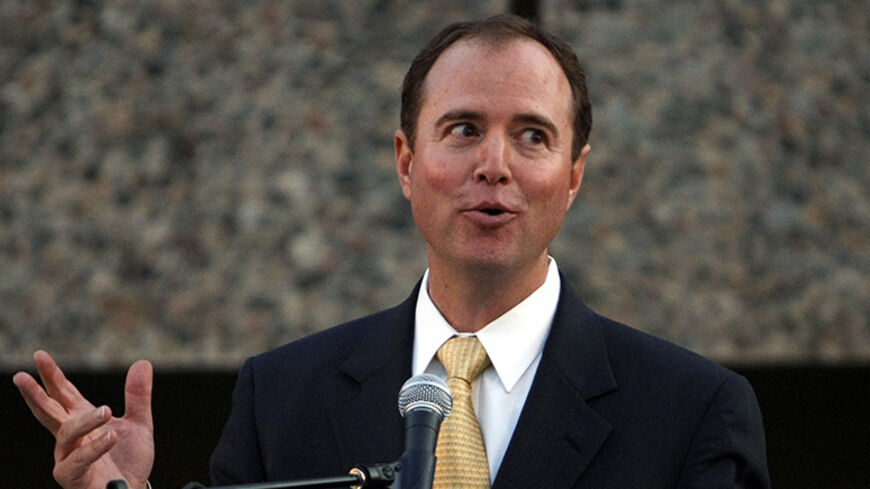 House appropriators on Tuesday defeated an amendment from Rep. Adam Schiff, D-Calif., that would have cut military assistance by $300 million, from $1.3 billion down to $1 billion.

The lopsided 35-11 vote was partly due to pressure by the American Israel Political Action Committee, Schiff suggested when asked to confirm that AIPAC was involved in the debate.

"I didn't know that AIPAC was weighing in at all on this until after the vote," Schiff told Al-Monitor. "But members did communicate to me after the vote that they had been persuaded by AIPAC not to support this."

AIPAC did not respond to a request for comment. Lobbying records indicate the group is involved in lobbying appropriators regarding "foreign aid to Israel and overall Mideast policy issues."

The lobby group has publicly made clear that it wants aid to Egypt to continue flowing.

"In light of the treaty’s achievements and resilience," AIPAC said in a March 27 memorandum, "The United States should continue its strong support for the treaty and back Egypt as it works with Israel to combat the threats of extremists within its borders who would seek to undermine it."

The State Department was also continuing to defend the military assistance package, even after Egypt blindsided Secretary of State John Kerry by sentencing three Al Jazeera journalists to lengthy prison terms just days after he announced the resumption of aid. Rep. Nita Lowey, D-N.Y., the top Democrat on Appropriations, said she talked to Assistant Secretary of State for Near Eastern Affairs — and former ambassador to Egypt — Anne Patterson, and "her advice, reluctanctly, was stay the course, stay the course."

Israel was a main topic of discussion during the debate of Schiff's amendment as part of Tuesday's markup of the State and Foreign Operations spending bill for FY2015. Opponents made clear they believed the new goverment of President Abdel Fattah al-Sisi was doing a better job fighting militants who are a threat to Israel than deposed President Mohammed Morsi and his Muslim Brotherhood government.

"The aid we provide for the military also provides for Israel's security," said Rep. Kay Granger, R-Texas, the chairwoman of the State and Foreign Operations panel.

She said the underlying bill already conditions aid to Egypt to certifications by the secretary of state that Egypt has held elections and is taking steps to govern democratically.

Several others highlighted Sisi and the Egyptian military's record of fighting militants, including Hamas.

"Do I have to remind you that this new, struggling government in Egypt has closed down over 1,000 tunnels that were used to funnel arms to the enemies of Israel and the enemies of the United States?" said Rep. Mario Diaz-Balart, R-Fla.

The peace with Israel "has held for a very long time, in the middle of a very difficult neighborhood," said Rep. Jeff Fortenberry, R-Neb., who visited the Sinai Peninsula in 1979. "At this point, I think trying to live up to our treaty obligations and helping the Egyptians stabilize their country, while also trying to push them in a new direction … is the appropriate balance."

Schiff said it was time for a "new chapter" in US-Egyptian relations. He appealed to his detractors' pro-Israel sentiments by saying congressional human rights champion — and Holocaust survivor — Tom Lantos, D-Calif., was adamantly pro-Israel even when he led the charge for cuts to Egyptian military aid a decade ago.

"The dialogue with Egypt is essentially this: We go to Egypt, we make the case for progress along the democratic path, and the response we get from Egypt [is] 'We thank you very much for your input, but if it's all the same to you, just leave the taxpayer check on the desk and don't let the door hit you on the backside on the way out,'" Schiff said.

Schiff's amendment did get support from a handful of Democrats.

"I've almost always supported aid to Egypt," said Rep. David Price, D-N.C., but the country "unfortunately seems a long long way from the promise of the Arab Spring" and is "miserably failing the test of democracy."

"Our country cannot and will not be indifferent to gross violations of human rights and democratic values," Price said.

"At some point, we have to put our money where our mouth is," added Rep. Barbara Lee, D-Calif. She said it was "about time that this committee send a strong message not just to Egypt but to the rest of the world."

Schiff told Al-Monitor he's confident his amendment will get more support if it gets to the floor than it did in the committee.

Schiff's amendment would have shaved $130 million off the overall $1.55 billion annual package in military and economic aid. It called for reallocating $390 million — 30% — of the military aid to economic assistance, which would more than double from $200 million to $455 million.

Investments in youth education would go from $35 million to $60 million, scholarships for poor Egyptians would double from $10 million to $20 million and independent media outlets would get $10 million. The amendment also called for increasing the International Military Education and Training (IMET) program for Egypt by $5 million to build military-to-military ties and direct that $30 million in economic support funds go to programs in the Sinai Peninsula, where poverty is believed to be driving people into the arms of Islamist militant groups.