The United States misjudged the ability of the Syrian army to evolve and adapt, with assistance from Hezbollah and Iran, leading to faulty predictions that Bashar al-Assad’s days were numbered. 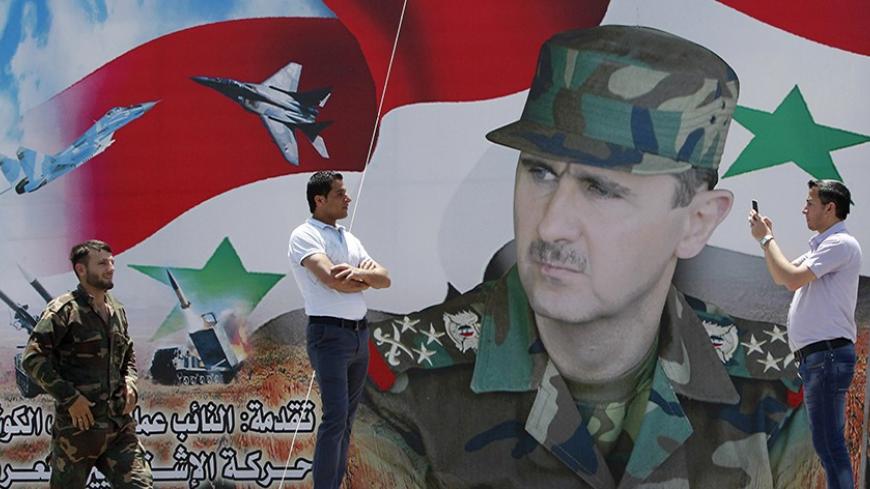 A man takes a photo of his friend in front of a poster of Syria's President Bashar al-Assad at Umayyad Square in Damascus, May 16, 2014. - REUTERS/Khaled al-Hariri
Richard Sale
May 22, 2014

While Syrian leader Bashar al-Assad prepares to stand for re-election on June 3, and his forces edge toward military victory, it is no secret that the Barack Obama administration initially underestimated their staying power.

One former intelligence official said that Assad’s advances were reaching the stage where they might prove hard to reverse, and despite the mounting violence, Assad was staying and there was no end in sight for the war.

In August 2011, President Obama, viewing the determined onslaught of Assad on his domestic protesters, said that Assad should step aside.

By February, Obama changed his tone and, in an interview with The Atlantic Monthly, said, "It is our estimation that (Assad's) days are numbered. It's a matter not of if but when."

Andrew Terrill of the Strategic Studies Institute offered a rationale for this change of tone, suggesting, “Obama's statement that Assad's days were numbered may have been a vague statement of solidarity with the Syrian demonstrators rather than a prediction. Sort of like a lot of 'dustbin of history' statements that were being made.”

In 2012, the Defense Intelligence Agency (DIA) predicted that Assad would remain in power until at least early 2013, according to public remarks by David Shedd, a senior DIA analyst.

To Joshua Landis, head of the Center of Middle Eastern Studies at the University of Oklahoma, such views represent a trap for the unwary: “We did get some fairly high-ranking defectors early on in the uprising who we thought could help us sort out questions of morale in the military, but they were likely to spin the information to make it sound like everyone was on the verge of defection if given the right incentives.”

Wayne White, deputy director of INR/NESA (Bureau of Intelligence and Research/Near East and South Asia) at the State Department, added, “I think that the advocates of the hollow Syrian army theory were wrong for a couple of reasons. The defections of some units truly did hurt the Syrian government a bit, but there were enough loyalist units and militias for the security forces to continue to function even if large numbers of Sunnis defected. They didn’t. The Hezbollah troops were also immensely helpful.”

Terrill concurred with White’s assessment, also noting, “The Syrian regime is waging war in ways that stress firepower, including artillery, airstrikes and barrel bombs from helicopters. The regime's best ground units are not committed to battle very often because the regime doesn't want to use them up.”

By February-March 2013, Assad’s outlook had begun to brighten. Not only was he looking stronger, the rebels were looking weaker. White noted that by early 2013, the prospects for the rebels had declined because of “(1) their failure to obtain the defection of any substantial regime military unit (only scattered defections of individual or small groups of personnel); and, (2) the rise of jihadist groups that would undermine the ability of the United States and the West to provide arms to the rebels.”

Israel and the United States had known in 2012 that Assad was pressuring Hezbollah to contribute troops and reinforcements. At that time, according to former senior US intelligence officials, Hezbollah already had forces on the ground, in a “training and assistance role” in Damascus and its suburbs, Aleppo city and Aleppo province. Iranian leaders, including Qasem Soleimani, commander of the Islamic Revolutionary Guard Corps’ (IRGC) Quds Force, had repeatedly requested Hezbollah forces for combat in Syria, but were always refused. The main mission for which Hezbollah forces trained was the conflict with Israel, not a civil war in Syria. Hezbollah apparently only agreed to intervene after a personal appeal from Iran’s supreme leader, Ayatollah Ali Khamenei.

Col. Pat Lang, former head of DIA’s Middle East operations, said that with Assad’s army and Hezbollah fighting side by side, “The Syrian forces are evolving into a really efficient army.” With Hezbollah’s support, he noted, “The Syrian army and its limited resources don’t have to be every place at once.” Key regime units had suffered dangerously high infantry casualties, and the Hezbollah fighters helped Assad replace lost capabilities.

Mike O’Hanlon of the Brookings Institution said the quality of the early US assessments of Assad’s forces took many US officials by surprise. He contends that the logic that said that the insufficiencies of the inner circle of Assad would somehow make his military ineffective or cause some key military officials to defect in masses was “a major intelligence failure.” He added that Russia’s analysis of the war “has been better than ours all along.” Landis concurred on the intelligence failure, arguing, “We have gotten just about every major intelligence issue in the Middle East wrong in the last several decades so this is a fairly small one,” compared, for example, with missing the fall of the shah.

But others saw it not as an intelligence failure, but a series of misjudgments due to pressure or events.

White pointed out that Washington had “long wanted to see Assad fall. This has led to frequent insistence that he was on the verge of falling from power. [President George W.] Bush believed this in 2005. He believed that once Iraq had a new government, all the dictators of the Middle East would fall one after the other because the people would rise up to embrace democracy. This stems from America's deep belief that democracy is appropriate for all countries at all times, given the right political circumstances.” This, he noted, has proven inaccurate.

In Landis’ view, “The Syrian army was pretty much a black hole for us, but even if intelligence had predicted Assad's survival, could Washington have sat by and not sided with the revolutionaries — at least rhetorically? We had called this regime every name in the book over the last few decades.”

Terrill concluded, “It was not an intelligence failure.”

Meanwhile, White concluded, “I don’t think any realistic timeline can be applied for how long Assad could last at this point.” In other words, it looks to be a very long war. 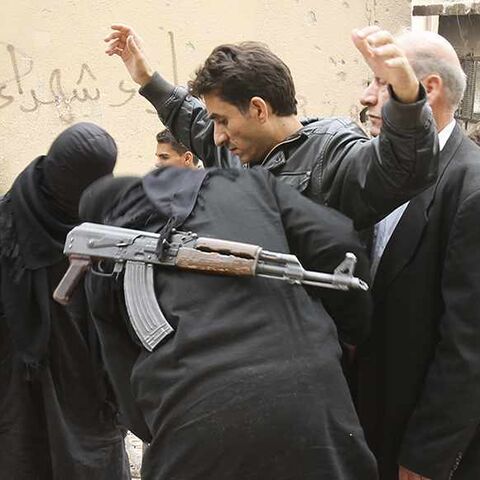