The selection of a foreign minister is an unexpected stumbling block in the Palestinian reconciliation process. 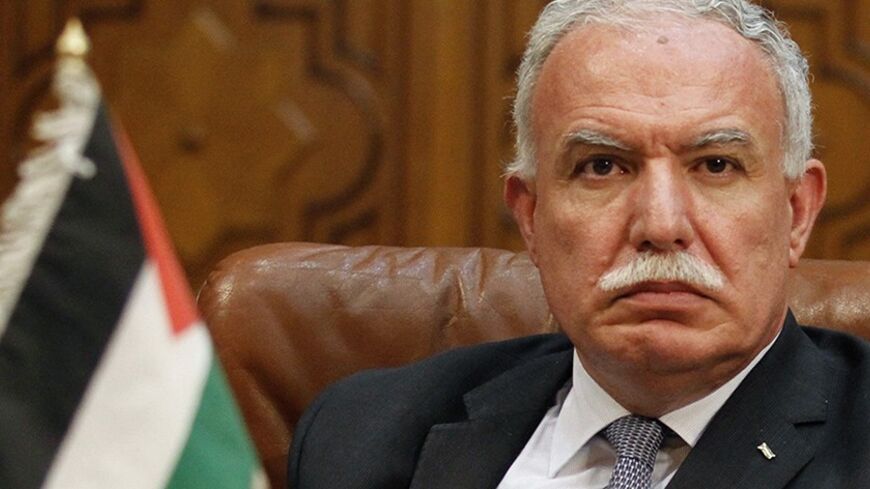 The last thing anyone following the Palestinian reconciliation talks expected was to have the PLO and Hamas negotiators disagree on who should be the foreign minister in the six-month interim period preceding elections. Most expected trouble with agreement on the Interior Ministry (solved by having Prime Minister Rami Hamdallah double up as interior minister) or the Finance Ministry (solved by keeping on current Finance Minister Shukri Bishara).

Hamas has been extremely cooperative — some would say capitulating — in the reconciliation talks, but apparently balked on granting Palestinian President Mahmoud Abbas the trifecta of interior, finance and foreign ministries. Hamas spokesman Sami Abu Zuhri said on his Facebook page, according to the Ma'an News Agency, that the delay in the agreement is due to the naming of the foreign minister.

Foreign ministers are always in precarious positions: They are part of a cabinet, and therefore subservient to the prime minister, yet the president, who runs the country’s foreign policy portfolio, usually wants the foreign minister to report to him directly.

Riyad al-Malki has been a loyal foreign minister to Abbas since 2007, both under former Prime Minister Salam Fayyad and current Prime Minister Hamdallah. But Hamas and some members of the Fatah movement are opposed to Malki staying in his position. Malki — a former activist with the left-wing, secular Popular Front for the Liberation of Palestine and an outspoken advocate of nonviolence — doesn’t align with the profile of an Islamic resistance movement. Fatah activists who have seen Malki and Abbas circumvent many of their members when making crucial diplomatic postings quietly share Hamas' desire for anyone but Malki.

Hamas' roster of suggested foreign ministers is lengthy: Deputy Prime Minister Ziad Abu Amr, a former political science professor from Gaza trained in the United States who has kept good relations with both Hamas and Fatah; Mustafa Barghouti, head of Al-Mubadara party and a presidential candidate who lost against Abbas in 2006; and Hanan Mikahil Ashrawi, a PLO executive committee member in charge of culture and information.

Abbas is said to have rejected all three nominees, insisting on the continuation of Malki, a soft-spoken, multilingual (English, Spanish) former university professor and the founder of Panorama, a Palestinian nongovernmental organization focusing on human rights and nonviolence.

Foreign ministers are not only spokesmen of their government’s external policies, they manage a crop of diplomats the world over. These ambassadors are appointed in agreement with the presidency and the Foreign Ministry. Palestinian diplomats are often national citizens in the countries where they're based, and are known to have strong support from the host countries. In many cases, Palestinian diplomats are able to secure funding to cover rent and personnel of the Palestinian mission from host countries. In many countries where the oldest serving diplomats are given the title of dean of the diplomatic corps, the long-serving Palestinian head of mission often wins that title easily.

Under the reign of Malki, an attempt to institutionalize the Foreign Ministry and its public servants was initiated. A new building was erected in Ramallah and new generations of young sharp Palestinians are slowly replacing the aging diplomats. Most of the newly appointed diplomats don’t belong to any political faction, and they are often appointed at the expense of Fatah and other PLO cadres who might not be as sharp or well-equipped to take on these sensitive diplomatic missions.

The failure to announce the entire new unity cabinet might not hinge on the disagreement over the Foreign Ministry, but if press reports are correct, this has become one of the major stumbling blocks between the former warring sides. The Saudi daily Al-Yaum also reported on a problem regarding the naming of the waqf minister, with Abbas insisting the current Gaza-born former Hamas activist remain in his position. The paper concluded that only three individuals from the 15-member cabinet will be nominated by Hamas.

It is expected that a solution will be found over the weekend and a full cabinet will be sworn in at the Palestinian presidency and in front of Abbas. For now, the skeptics of the reconciliation will have to suffice themselves with the swearing in of the existing prime minister as the current head of the national unity technocratic government.