Despite US "disappointment" with the formation of a Palestinian unity government, the government is a legitimate step toward more equitable negotiations. 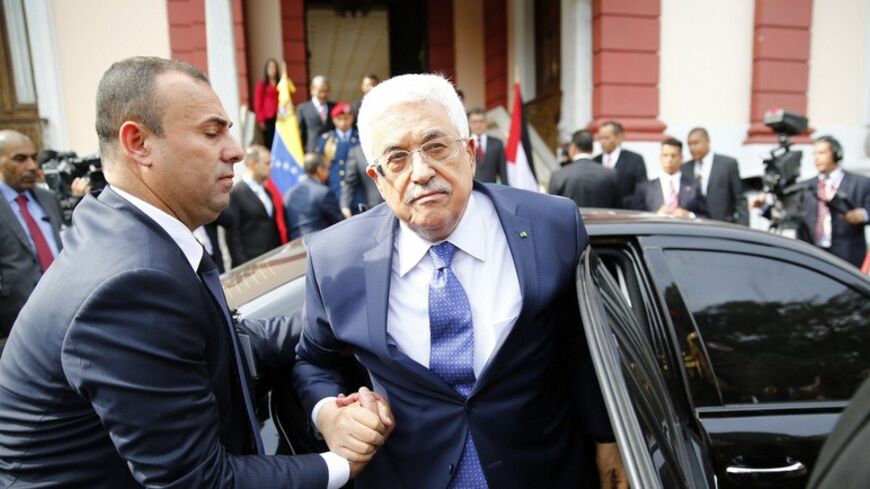 Now that a national unity government will be established in Palestine, Israel has stated it "will not deal with a government 'backed by Hamas,' even if the ministers themselves are not politically affiliated," according to The New York Times.

What would Israeli Prime Minister Benjamin Netanyahu say if the new Palestinian government refused to deal with a Cabinet including Foreign Minister Avigdor Liberman, and leader of the right-wing HaBayit HaYehudi party Naftali Bennett? Does Israel dictate who represents the Palestinians? I think the national government of the Palestinian state will now refuse such dictates because it is ready for negotiations.

According to The New York Times, the formation of a Palestinian government "has disrupted any prospect of a resumption of American-brokered peace talks" since Israel will not deal with a Hamas-backed government. Well, that is for the United States to decide.

Israel openly states that it will cease "negotiations," as if there were ever negotiations. Perhaps this is a blessing, this threat by Israel to stop what did not exist. Perhaps it is time for the new government under Palestinian Prime Minister Rami Hamdallah to get occupied Palestine out of the trap of peace processes and road maps, which, with their evident flaws, brought about the continued proliferation of illegal settlements and the creeping annexation of East Jerusalem.

The governing authorities of Fatah and Hamas realized that forming a national unity government is the way to prepare for international recognition, and that this is the cabinet of the Palestinian state under occupation, as defined by the November 2012 UN resolution. This clarifies the legal equation that has eluded Palestinian authorities in the West Bank and Gaza for more than two decades. The first item of resumed negotiations between the new government of the state of Palestine should be that Israel is an occupying power, and hence, should comply with the Fourth Geneva Convention.

Israel must realize that, to continue using the various peace processes and the legally flawed Oslo Accords, it has to negotiate, not dictate.

For Israel to remain addicted to the redundant description of Hamas as a terrorist organization, then the United States can no longer seek an exclusive mandate over the Palestinian-Israeli conflict.

The United States has not succeeded in its efforts to bring about a resolution to the conflict over the terms of its last three presidents. It might be time for a serious reassessment and to take the first step in recognizing the new government of the Palestinian state as a government of a state under occupation. The whole issue of Palestine should return back to its abode, the United Nations, where international law and resolutions would provide the keys to a solution. The unilateral management of the so-called peace process by the United States has exacerbated, not solved, the problem.

The US State Department spokeswoman said the United States is "disappointed" by the move to form a Palestinian unity government, and that this government should "unambiguously commit to nonviolence." Does this statement apply to Israel as well? Does this apply to Israel’s ongoing annexations of East Jerusalem and proliferation of settlements? Does it apply to the ongoing killing of Palestinians in Gaza and the West Bank?

Pope Francis, with his spiritual and moral authority, avoided entering the West Bank through Israel during his recent trip to the Holy Land. His trip, from Jordan to the state of Palestine, should be treated as a significant contribution to the international legal and moral conditions upon which negotiations can take place.

This support that the Palestinian cause is receiving at this juncture — especially for the national unity government and the UN definition of Palestine as a "state under occupation" — has clarified what Oslo and the various "peace processes" rendered abstract.

Now is the time to bring together hundreds of UN resolutions and restore their consequentiality. It is time to replace the road maps and peace processes that have only brought license to create settlements, conduct aggression against Gaza and suppress Palestinians.

This new Palestinian government will have a strong mandate. The unity of Fatah and Hamas restores legitimacy and provides the opportunity to bring clarity, if negotiations take place.

This is unnecessary at this particular moment, and it contrasts with the view of Mustafa Barghouti, who took part in the reconciliation talks. Barghouti told The New York Times that "the most important thing is that this government will mean the end of this terrible division and it will reactivate the Palestinian democratic system."

The first considers himself a cleaver realist, and the second a committed realist.

Editor's Note: A previous version of this article claimed that Pope Francis avoided Israel’s airspace during his visit. In fact, Pope Francis landed and departed from Ben Gurion International Airport. Pope Francis did however take a helicopter from Amman to Bethlehem, avoiding entering the West Bank through Israel.