Internal political crises and regional unrest have led to an economic decline in Lebanon, pushing many couples to cease organizing the large and elaborate weddings that have become common in recent years. 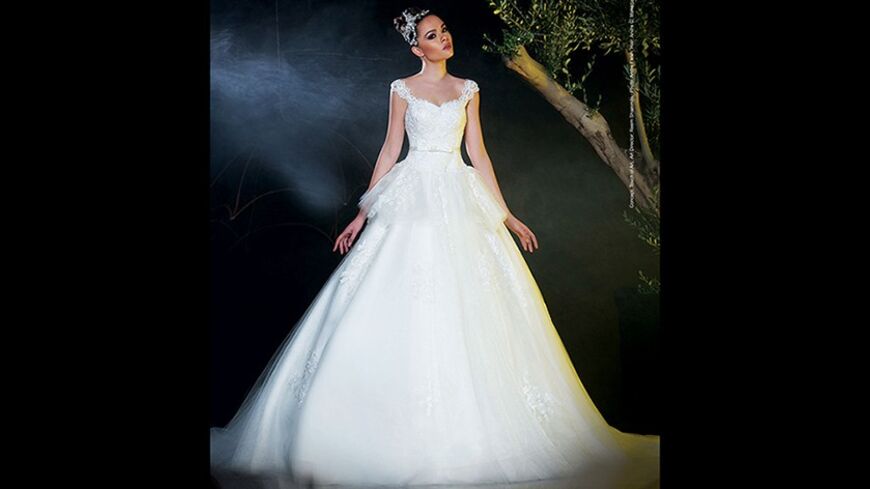 Wedding season is a time of decadence and extravagance in Lebanon, with fireworks and convoys of honking, flower-covered cars a daily sight from June to October. This year, however, people are scaling back and increasingly looking beyond the country’s shores for their dream wedding-day venue.

“Actually, we are all terrified. It’s very calm for this time of year. It shouldn’t be like this. The political and financial situation affect us very badly,” says Haissam Saadi, a wedding planner and managing partner of Wow Event. Saadi, who deals with middle to high-budget weddings, says his business is down nearly 50% from last year.

Saadi is not the only one experiencing an unexpectedly slow start to the season. One wedding consultant, Hiba, who asked that her name be changed and her company name not mentioned, echoed Saadi’s sentiments. She works with high-end clients whom she says normally would not be as affected by the economic situation in Lebanon, but even in that income bracket, she has seen a drop of around 20% in her wedding business.

“I think it’s because of the situation in the country. People think twice about paying so much money for their weddings,” says Hiba.

Last year during peak wedding season, Lebanon experienced escalating instability in the country, with the worst sectarian fighting in Tripoli in decades, clashes in southern Sidon and four car bombings between June and August. Also contributing to the ailing economy is the fact that more than a million Syrian refugees now reside in Lebanon. All of these factors have been attributed to why people are scaling back, postponing or planning their wedding outside the country, according to several wedding industry professionals.

“They are waiting until the last-minute. Now [business] is uncertain, as people wait to see if the political situation continues to be bad before paying deposits. Nobody wants to waste money,” says Gazi Atallah, owner of wedding venue Chateau Montagne.

It is not bad news for all, however. Johnny Modawar, marketing manager at Wild Discovery Travel & Tourism, says that business is booming. Civil marriages being organized by the agency have been steadily increasing for the past two to three years. In addition, religious marriages are also joining the trend of taking place in different places along the Mediterranean coast — notably Italy, the Greek Islands, Turkey and Cyprus.

“From 2012 to 2013, we had about a 37% increase in civil weddings being organized in Cyprus. Religious marriage abroad went up about 40% as well. … The numbers are increasing every year,” says Modawar.

For a couple that does not want to start their life together with a debt from their wedding celebrations, traveling abroad to get married can cut down on costs while still satisfying the desire to have something unusual and beautiful. Massive guest lists, where the bride and groom feel an obligation to invite extended family and friends, can be significantly reduced, allowing for affordability and intimacy at the event.

Modawar explains that while a couple can organize as expensive a wedding abroad as in Lebanon, that usually is not the case. Wild Discovery has a range of wedding packages available to meet a couple's financial situation, where they can go to Cyprus for a same-day civil wedding, with everything included, for less than $2,000. When compared to the average cost of a wedding in Lebanon — $30,000-$50,000 — this an increasingly attractive option.

Bride Farah Hassan, 23, is tying the knot in August. She explained each component of her wedding and the general cost of different, essential parts: entertainment, flowers, hair, makeup, dress, venue, food and photography. She is not sure of the final price yet, but she estimated the total would be around $50,000.

She says the thousands add up quickly: $1,000 for hair and makeup; $5,000 to rent a wedding dress; $3,000-$4,000 for flowers; and $25,000 for an all-inclusive cocktail party at the Phoenicia Hotel. The list continues. Hassan points to a culture where people have to spend to make a good impression.

One thing that several people working in the wedding industry say — from wedding planners to florists to gown designers — is that the cost of throwing a wedding in Lebanon has been steadily increasing for years. It is a trend that is reflected in the prices for every essential part of a proper wedding.

Hiba has been working in the wedding industry long enough to see the trends change, and as a result, the majority of the population is now struggling to keep up.

“Five to seven years ago, you got excellent catering with a top 'A' caterer for $100 per person. Now you can’t find the same quality for less than $160-$170. Everyone is following the trends,” says Hiba.

Hiba explained that even if people do not have the ability to pay, they feel obligated to do so to show that it is a classy affair. They do not want to go below these ever-increasing standards. “They are obliged to go with the flow, but they don’t have a choice,” she says.

Hassan and Nour al-Jouz, 23, also a bride-to-be, say that they know people who have recently taken out large loans to pay for their weddings.

“I have a cousin who took out a loan to organize his wedding. They’re basically now just paying for the loan, and they didn’t even buy a house,” says Jouz.

Andrea Gemayel just opened a dress shop called Tying the Knot, in northern Lebanon, believing there is an increasing need in Lebanon. Her aim is to provide dresses for the average Jane who is struggling with wedding costs. In a market where even the cost of renting a dress is thousands of dollars, Gemayel has created a space where women can come and buy dresses without going broke. Most of her wedding gowns range in price from $800 to $3,000, combining quality and affordability.

Ultimately, Lebanon’s people are resilient and very proud of their weddings and ability to throw a great party, says Karim Hammoud. Hammoud, owner of flower shop Vert et Ciel, is used to the boom and bust of Lebanon’s economy and stability. His store is very close to where former Prime Minister Rafik Hariri was assassinated. He says that the day after the bombing in 2005, he had already replaced his glass window, which was completely blown out, and started to put his flowers out again.

“We hope that when we get our [new] president, we will have a very good situation. We are waiting. We are always like this — up and down in Lebanon,” says Hammoud. “I’m not afraid. If we don’t work this year, we work next year.”