Israel is shocked by the Palestinian Authority's decision to work toward national reconciliation only because it hasn't been paying attention. 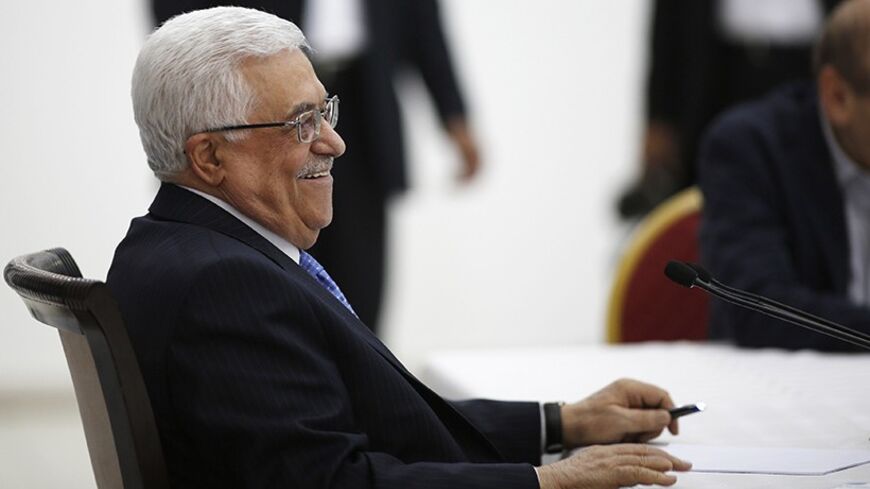 A review of statements by Israeli officials and pundits in response to the Palestinian unity agreement suggests a sense of surprise at the Palestinians' audacity. Israel’s underestimation of the Palestinian leadership is reflected in an arrogant attitude reminiscent of a colonizer-colonized relationship.

Nearly five decades of occupation and colonization have left Israelis shocked when Palestinians take action that is independent of them and their expectations.

When Palestinian President Mahmoud Abbas signed up with 15 different international organizations, Israeli officials were flustered. Strategic Affairs Minister Yuval Steinitz unabashedly attacked Abbas, claiming that his actions reflect ingratitude. Ynet quoted him as saying, "Truth be told, Mahmoud Abbas is spitting in our faces. … The Palestinian Authority exists thanks to us. Not only because of the Oslo Accord, but because of the funds we transfer them, and the security we give them. Otherwise, Hamas and Islamic Jihad, as they control Gaza, would also take down Abbas and take over Ramallah.”

It would be interesting to register his attitude now that Hamas and the PLO have signed a reconciliation agreement that is more a capitulation by Hamas than anything else.

Israeli national security adviser Joseph Cohen sent a letter to foreign diplomats insisting that the Palestinians had other plans while negotiating with Israel. Cohen’s letter focused on a document prepared by Palestinian negotiator Saeb Erekat presenting various recommendations to Abbas in case the talks fail. The idea that the Palestinians can think ahead and plan alternative action for various scenarios is apparently proof for Israel that they were never serious about negotiations. A scan of the comment section in the Haaretz article about Cohen’s letter shows poor understanding of Palestinians having actually thought of, planned and executed a plan B.

Years of negotiating with Israelis have provided Palestinian negotiators with the experience needed to know how to deal with those across the table and to plan ahead.

Chief Palestinian negotiator Erekat has published a book in which he details what he has learned from negotiating with the Israelis and notes the amount of preparation and planning needed for success. He writes, “To succeed in negotiations you must study your counterpart in the greatest detail, in order to find common ground that will allow the talks to succeed.”

In his book, Erekat reflects on at least 12 methods that Israel uses to extract concessions from Palestinians and advance Israeli positions. These methods include leaks, threats, claims that the Palestinian side is weak, using the United States and other Western countries to pressure Palestinians, restricting travel and privileges on the borders, complaining to Arab leaders and using capitalizing on Palestinian differences.

Throughout history, the weaker parties have always been very well-informed about their stronger counterparts. The Palestinians are much better informed about the most minute details of the Israeli political scene than the other way around. For this reason, the Israelis are more easily surprised by the actions of the Palestinians, such as the latest reconciliation agreement signed in Gaza on April 23.

Before details of the agreement were made known, including the fact that the newly established unity technocratic government would abide by the Quartet’s conditions, Israelis were already bashing the reconciliation. Israeli Prime Minister Benjamin Netanyahu repeated the exact same phrase he has used numerous times by saying that Abbas has to choose between peace with Israel and unity with Hamas. It is unknown in modern history for efforts to bring unity to a nation are portrayed in such negative terms. The idea of choosing between peace and national unity is so arrogant that it has not even elicited a response from the Palestinians.

No one asks a parent to choose between children, and normal nations and leaders give national unity the highest priority. The only exception to this trend is the typical relationship between a colonizer and the colonized. Any observer of the Palestinians and their struggle knows that they will insist on their independence as long as they breathe.