A small town in Turkey has become the first municipality to elect a Communist mayor. 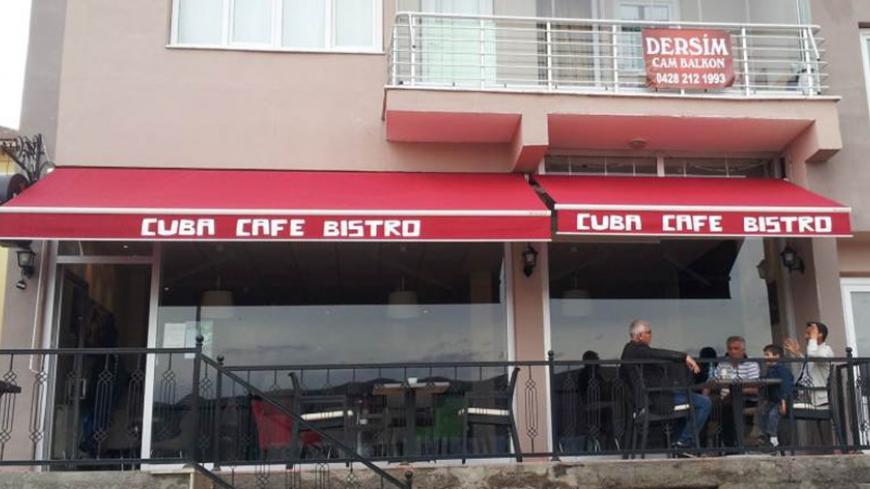 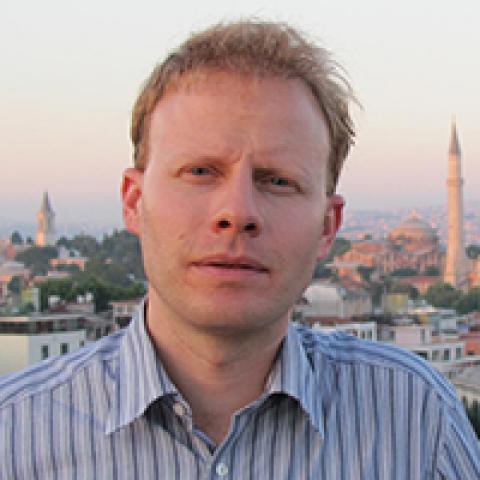 OVACIK, Turkey — The drive into Communist Turkey is by a picturesque mountain road along the river Munzur. From the capital, Tunceli, it is about 60 kilometers (37 miles) to Ovacik, mainly uphill. At the village entrance, you are greeted by the Turkish national colors with "Welcome to Ovacik." Next to it is the blue village sign with the number of inhabitants: 3,700.

Fatih Macoglu is one of them and, since March 30, their mayor. He is from a nearby village, but has spent many of the past years working in other cities, such as Konya and Bingol. Before moving back to Ovacik, he worked as a civil servant in the state hospital in Tunceli. On Nov. 29, 2013, Macoglu submitted his candidacy for mayor of Ovacik and won, running as the candidate of the Communist Party of Turkey, or TKP. Macoglu is the first officially Communist mayor in Turkey's history. The vote was close. Out of the 1,812 votes cast, the TKP got 655 (36%), the Kemalist Republican People's Party (CHP) 608 (33.4 %) and the ruling Justice and Development Party (AKP) 228 (15.4%).

Macoglu election victory rests on the coordination of leftist candidates by the Federation of Democratic Rights (DHF), an association founded in 2002, with deep roots in Dersim province. On its own, the TKP could not have managed this victory. The Communist Party has only existed under this name since 2001. Before that, the word "communist" was forbidden. Its predecessor, founded in 1992, was called the Party for Socialist Power. Since 2002, the TKP has participated in all national and municipal elections. The best results so far were the parliamentary elections in 2007 when the party got 0.23% (80,092 votes). In 2013, the TKP had 2,247 members.

"At the municipal elections in 2009, the DHF had mayoral candidates for the district cities Mazgirt and Hozat; in 2014 Ovacik was added," Macoglu said in his new office in the municipality. The DHF does not only run candidates from the TKP. In Mazgirt their candidate ran for the also tiny Marxist Freedom and Solidarity Party, or ODP.

Communism does not have a positive image in Turkey. Rather, it is used as a swear word for being immoral or godless. Macoglu, however, has received congratulations: "The reactions were very positive. I even got a phone call by a former mayor from the [right-wing] MHP from Mersin. In a time where the system parties are so run-down, communism represents a hope for change," he said.

However, whoever expects ideological lecturing by Macoglu will be disappointed: "For us, communism is a way of life to do things collectively and in solidarity." What this means in practice can already be seen Sundays, as Senem Yerlikaya, owner of the newly opened Cuba cafe explains: "On Sundays, we collect trash together; also the mayor is among us, not aloof, but as one of us."

Mayor Fatih Macoglu (L) in his office with the author, April 20, 2014. (photo by Ekrem Güzeldere)

This is exactly what is of utmost importance for Macoglu: "Our goal is that the population feels directly represented and participates actively in the shaping of political projects. Therefore we will gather so-called 'people's assemblies,' which consist of representatives of assemblies of youth, women, the disabled and elderly to be established. This won't be an official institution, because it is not constitutional. However, as the municipality we will discuss all our proposals with the people's assembly and will only undertake projects that will have the consent of the assembly."

Dersim is a unique province in Turkey. It is the only one where the Alevi religious minority are the majority. Their native language is Zazaki, though few still speak it and it is on the list of endangered languages. That is why Macoglu, who speaks the language well, wants to offer language courses in cultural centers. Initial contact with a teachers' union has already been made.

Dersim also has a bloody history. In 1937-38, in military operations against the local population, between 70,000 and 100,000 people were killed and around 10,000 deported to western Turkey. Even if the places of the massacres are known, there are no graveyards, no places where the descendants of those slain can mourn. In the district town of Mazgirt, a memorial cemetery is being constructed. Macoglu said there are currently no concrete plans for memorials in Ovacik, because "more research needs to be done. Not only in 1937-38 did massacres take place, but also before, such as the Kocgiri uprising, or afterward in the 1990s. However, we agree that something needs to be done to remember."

Concerning the present and future, the means are limited. "[Ovacik is] indebted with 600,000 Turkish lira [$300,000]. The monthly personnel costs are 90,000 lira, with the running costs these are 120,000 lira. It is not possible to reduce the debts if we only get 28 lira [in tax revenue] per inhabitant from Ankara." That is why Macoglu focuses on new investments, especially in tourism. "The infrastructure is missing. We have already around 20,000 tourists per year, but hardly any places where they could stay longer." Macoglu is pragmatic and said he looked for cooperation from state institutions, international organizations such as the European Union as well as from private investors.

Three weeks after the elections, the reactions in Ovacik are positive, but the expectations are also high. The owner of the Yuvam cafe around the corner from the municipal offices is confident that things are looking up: "We have known him for a long time. He is the right person for this job." His employee, Ali, agreed: "Communist, as we all are here, that will definitely be positive." Celal, a pensioner who lived and worked for 25 years as a civil servant in Antalya on the Mediterranean coast before returning to his native village, said, "The mayor is close to the people and integrates them into his activities. This is also the success of the AKP, which speaks the language of the street. If this should succeed, then Ovacik could serve as an example."

Macoglu is also aware of this chance. "In a country where people think of the Kemalist CHP as the left, we have to show in Ovacik that there is also another left. We will either succeed and honor our movement or fail as a bad example." Having said this, Macoglu drove away in his personal car. The official car, a much sought-after status symbol of Turkish mayors, sits unused.