Turkey has grown its own power players in the country's booming cosmetics and beauty sector. 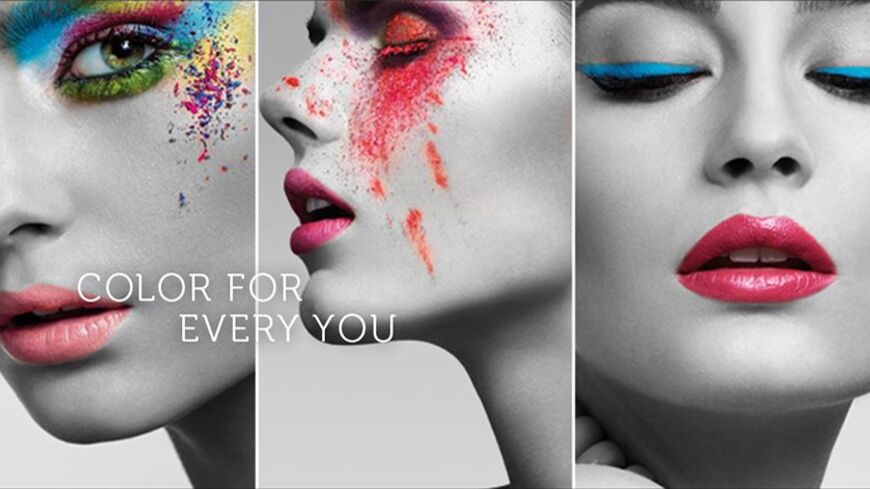 A still from Turkish cosmetic giant Flormar's website. Cosmetics have grow into a $2.2 billion industry in Turkey - Flormar.com

There is money to be made in the beauty and personal care sector in Turkey, as seen by the continuously growing interest of both foreign and local investors. According to a Ministry of Economy sector report, 46,000 local products, among a total of 170,000, are distributed on the cosmetic market. The sector grew to $2.2 billion in 2012 and employed 14,000 people.

Foreign brands on the side, Turkey has grown its own power players. One of them is Flormar, an ambitious cosmetic giant that sells products on six continents, with more than 50,000 selling points in more than 80 countries. The factory located in Gebze increased production capacity from 60 to 100 million units per annum. Last year, the company bought 51% of French company Yves Rocher’s shares. It recently opened single brand stores in St. Petersburg's London Mall and Pearl Plaza. The number of stores around the world has thus grown to 400, with the goal to have 900 stores around the world within five years. The plans include 250 stores in Turkey. Ultimately, the management aims at Flormar becoming renowned worldwide, alongside the sector's highly acclaimed and celebrated brands.

Daily Milliyet recently shed light on Flormar and its expansion plans, which for 2014 include store openings in Panama, Thailand, Saudi Arabia and the United States. The outlook is good; with investments of 1.5 million Turkish lira in new stores on Amsterdam's frequented Kalverstraat shopping street, products rang up $11,100 in just the first day of sales. The sales goal for the first year is set for $1.8 million.

As the competition gets stiffer, the channels of sale diversify. Considering the massive increase of Turkey's online market, currently worth $13 billion, the interest of both domestic and foreign investors in selling products for the personal care and beauty sector on the Internet continues to grow proportionally. One such outlet is Britain's biggest online sales site for cosmetics and perfumes, Cheapsmells.com, which has started operating in Turkey through Bellamola.com. John Houslip, member of Cheapsmells' managing board, explained that growth is expected at a rate of 20% in the personal care and beauty sector this year, from the current 8% of Turkey's overall online market. No wonder the company has so far invested $1.8 million, aims at $6.7 million in sales, and expects 500% growth in sales in 2014.

Whether customers buy beauty and personal care products online or in stores, companies are concentrating investment in marketing and advertising. Because of the colossal popularity of Turkish soap operas, not only in Turkey but also abroad, actors and actresses receive huge contracts for advertising in all sectors, beauty and personal care included.

Thus, it is no secret that actor Burak Ozcivit received $1.5 million for being the face of Clear shampoo brand, or that actress Beren Saat got $2 million for a commercial for Turkish soap brand Duru. Interestingly enough, even when no advertisement is involved, trends from soap operas can translate into large profits for companies. The hair color of Hurrem Sultan from the mega popular soap opera "Magnificent Century" was in such high demand that, according to Armagan Okay, CEO of Neva Cosmetics, the sale of No. 8.44 cinnamon copper hair color skyrocketed 60% as both consumers and hair dressers showed great interest in the color after viewing the series. For a color palette that increased from 57 [colors] to 257, Nevacolor daily produces 60,000 tons of hair color in a 25,000 square meter space in Turkey's Cerkezkoy district. The company sells haircare products and shampoos to 18 countries.

The growth in Turkey's beauty sector also sets new demands, including for professional and trained staff. Yet more product does not equal more beauty. As Serkan Selamet, director of Kariyer Kozmetik Okul, the first private firm that has offered cosmetics education since 1989, explained, "Many foreign makeup companies invest and open stores in Turkey, but despite the growth in cosmetics sector, Turkish women use the right products with wrong application of makeup ... Despite being well-groomed, Turkish women exaggerate with makeup for believing that more makeup makes them more beautiful, so they disfigure their existing beauty."

Training is available both to those aiming for a professional career and, for a lower cost, women with a personal interest in acquiring beauty education. The sector's growth has also translated into new attractive career opportunities. In beauty salons, television and cinema sets have started working for cosmetics brands, for which starting monthly salaries can reach $1,020.

Currently, according to Dursun Inanir, president of the managing board of Inanir Group, there are 5,000 certified experts in the beauty sector in Turkey, which is insufficient. Inanir made the first epilation device in Turkey, and now exports beauty and medical equipment produced in a 3,000 square meter factory in the Anatolian town of Yozgat. This company also plans to open a training course in cooperation with the Ministry of National Education. The company would invest $417,000 in a training center toward achieving its goal of 100 certified graduates per year. Students would be trained by professionals from Germany, the Netherlands and Denmark, with a chance for a first job in the company's own growing chain of City Beauty centers.

Chains and numbers of beauty centers in Turkey are expanding due to new lifestyle practices. Bigger purchasing capacity, more competitiveness and an increasing spectrum of available products and services in Turkey — and thus, their growing affordability — has brought along changes in modes of living. For better or worse, depending on one's world views, no longer do only people in Istanbul and a few major Turkish cities get to experience 3D cinemas, first class shopping, gyms or even the newest slimming technology. No wonder then, as Mr. Inanir stated, there is big interest in beauty center services like weight loss aid treatments or skincare in Anatolia. Hence, besides expansion in regional centers like Ankara, Antalya, Izmir and Adana, the group also plans to open new beauty centers in Izmit, Konya, Kayseri and Eskisehir. These are growing cities in Turkey's heartland region, which traditionally used to be perceived as rural, and with conservative demographics probably uninterested in lipomassage, solariums and other equipment for beautification treatments.

Some might also be surprised that 40% of clients in Inanir Group's beauty centers are men. It is worth recalling the importance of the mustache for men in Turkey. Surprisingly, many seem to increasingly use epilation services for removing body hair.

Besides women and men, pet products can also be lucrative investments in the beauty and personal care sector. Company Ozsoy Organik, with production located in Istanbul's Bayrampasa district, has a worldwide patent pending for 15 different kinds of "PushClean" 100% biodegradable, hypoallergenic towelettes with recyclable packaging. One of the company's partners, Sinan Gundogan, stated that $2 million was invested in production and their own design of the machines. They are currently exporting to 18 countries. After discovering that in the United States, for example, there is a demand for products including special wet wipes for pets, the company decided to launch the products over there. They are now present on the US market with pet towelettes, where they count on 70 million pets as a big opportunity. Ozsoy Organik is also in the midst of negotiations with Lufthansa and Saudi Airlines, and started production for a very famous cosmetic company with which they have made secret agreement. In Azerbaijan they produce a fever decreasing wipe, while they are working on a "blood stopper" wipe with Ankaferd.

Besides the above mentioned towelettes, fully organic, cellulose and water based wet wipes with halal certificates are available to Muslims attending hajj and umrah pilgrimages. Farmasi Cosmetics, a company which exports products to 119 countries, also has a halal certificate. Considering the fact that the annual sales in the halal cosmetics market range between $5 billion to $14 billion and grow at a rate of about 20%, one could only expect more Turkish companies to follow this trend.

Thanks to persistence, investment, innovation and product quality, myriad Turkish entrepreneurs are fighting for their share of the local and global cake in their respective sectors. Some are wonderfully successful, but as much as they benefited from Turkey's positive image of stability in the last decade, all could suffer from the damage that the present political instability might create. Stakes are high for all.