Media outlets in Iraq have become widely recognized as platforms for propaganda to garner political support. 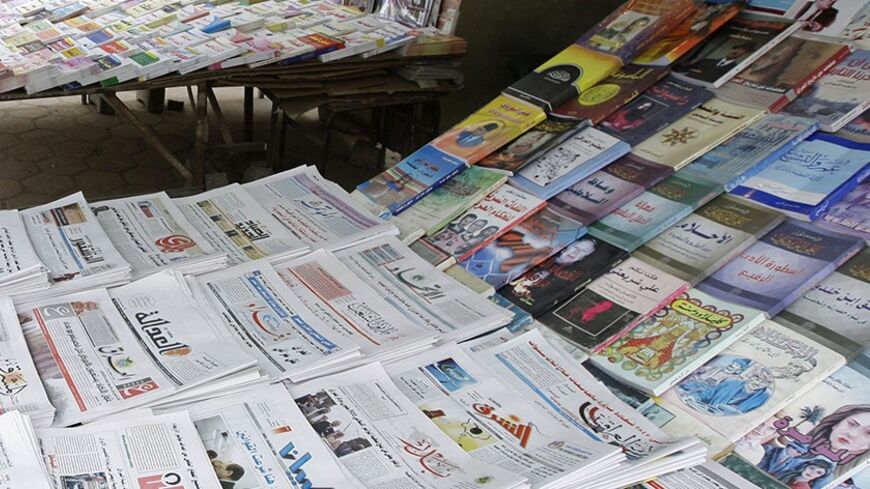 Media outlets in Iraq have undoubtedly turned into platforms for marketing and propaganda, despite their claims of objectivity. The political authorities have been using the media widely, sometimes transforming it from a “fourth estate” into a medium for state propaganda. This is common in countries that do not have serious laws to protect the freedom of access to information. As a result, independent media outlets are either not allowed to give objective media coverage, or they become rumor mongers, as there is no way for them to get accurate information.

The big picture in Iraq is complex in this regard. Articles on Iraq speak of high rates of killing and persecution of journalists, a weak and useless law protecting journalists, a lack of access to information and an intensive propaganda war.

The latest and worst yet example of the threat to media freedom occurred when the editor-in-chief of the Iraqi newspaper Al Sabah Al Jadid apologized to the Iranian ambassador to Iraq for publishing a portrait of Iran’s Supreme Leader Ayatollah Ali Khamenei. Despite the apology, radical Shiite militias threatened the newspaper, and then a bomb was detonated at its headquarters, leading to its temporary shutdown. Al Sabah Al Jadid had published portraits of other Iraqi clerics in the past such as Sayed Abdel Aziz Hakim, Sayed Hussein al-Sadr and Sayed Mohammad Bahr al-Ulloum without causing any hubbub. Iraqi civil society supporters were infuriated, and considered it the end of the minimal freedom and independence enjoyed by Iraq.

As far as media blackouts go, the Anbar operations persist in vague and unknown circumstances. Both sides of the conflict have been spreading conflicting news in which they appear victorious over their criminal adversaries.

Conflicting news reports have at times even appeared on a single media outlet affiliated with one party. One prominent example is the news of the death of Shaker Wahib al-Fahdawi, a prominent leader in the Islamic State of Iraq and al-Sham (ISIS). The Iraqi media reported the news of his death twice, at different times. The news was supported with photos and documents that were later proven to be fabricated, both times. Then, photos proving that Fahdawi was still alive and that he was conducting terrorist operations in the official uniform of the Iraqi forces were published. Under such conditions, independent journalists had one solution left: to use primitive methods that are very difficult and risky. Al-Monitor correspondents sometimes have to go to the region of conflict, despite the heated battles, to get verifiable information. They make calls with their colleagues who are not affiliated with the parties participating in the war to get the unreported side of the story. Usually, there is a need to call a large number of people to verify the news and eliminate rumors.

Professional journalists who provide live coverage from the battlefield face a tough task, as they are threatened by all parties who want them to be on their side in the media battle. They have to use less official channels like social media or interact with their colleagues over large distances.

The situation for analysts and journalists outside Iraq is much harder. Hadeel Sayagh, a prominent reporter for the Emirati daily The National, told Al-Monitor about her experience in getting information about the Iraqi incidents. Sayagh said, “The truth is that you never really know what is going on behind the scenes. Each media outlet in Iraq is directed by its political affiliations. The real story can be found only after real analysis of dozens of news outlets, copious interviews, and even then you can't guarantee that you're 100% on the pulse.”

In addition to the problem of getting information, the media is also manipulated at higher levels. This includes fragmenting the news to present only the part that is in line with the policies of each channel or newspaper, editing news clips and manipulating copy, stirring emotions in line with the channel’s orientation.

In light of the above, when one follows the main Iraqi news outlets, one sees an often monotonous picture of either governmental accomplishment versus arbitrary aggression against the government by its adversaries who represent the enemies of the Iraqi nation, or a failed Iraqi political project since 2003 versus alternative revolutionary projects.

This is how ideological and cultural biases are taking over the Iraqi media, turning the Iraqi people into tools to implement the ideological agendas of the owners of the outlets, as part of the ongoing battles between the country’s political and sectarian components. Regular people are not the only victims of biased media. Decision-making elites are also falling into the trap of media propaganda, exacerbating the serious sectarian and political divisions in Iraqi society.