A former prisoner in Iran appeals for human rights not to be forgotten when the nuclear talks start on Feb. 18. 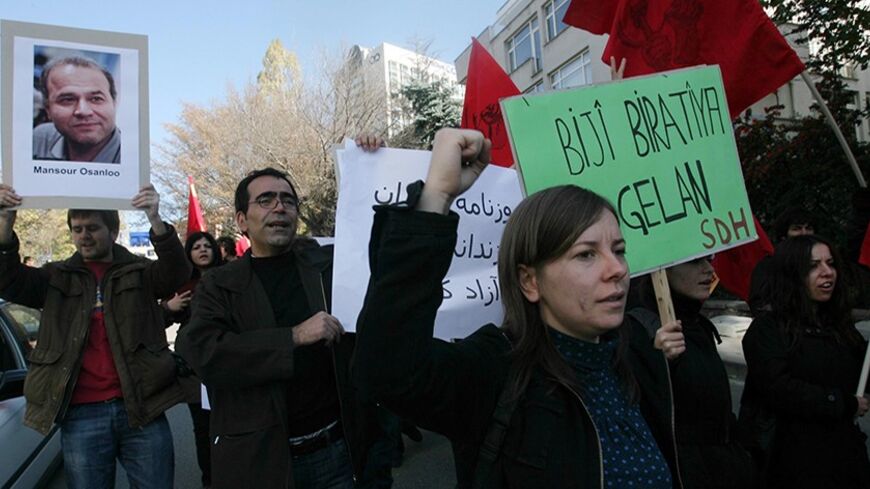 A protester holds a portrait of Iranian trade-union activist Mansour Osanloo during a demonstration against the Iranian government in front of the Iranian Embassy in Ankara, Nov. 21, 2009. - AFP/GETTY IMAGES/Adem Altan 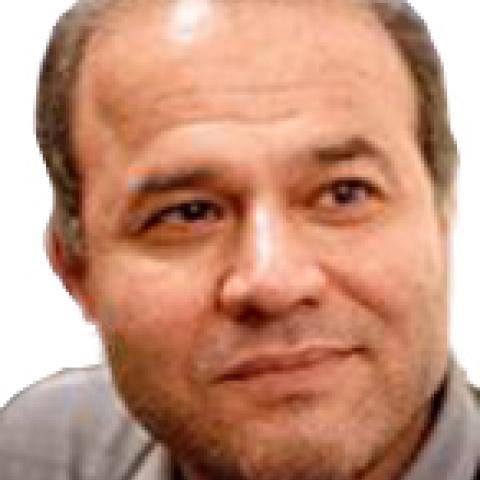 With great interest, eyes around the world are watching the beginning of Iran’s nuclear deal and its exclusion from the peace conference on Syria. While these are indeed important developments for the entire world, the protection of human rights is a more relevant issue for the average Iranian.

Just this month, Iranian Foreign Minister Mohammad Javad Zarif admitted to the country’s human rights “problems and shortcomings,” restating that his new boss, President Hassan Rouhani, has promised to address them. Concrete changes have yet to take place, in part because as Zarif stated, it is a process of “consensus-building, not an immediate issue” and “not everything is in the hands of the executive branch.” The widespread arbitrary arrest and detention of citizens for exercising rights protected under international law and systemic torture have made it an immediate issue for many of us, however. As some 900 prisoners of conscience and political prisoners remain holed up in deplorable, inhumane conditions in Iran, every day matters. I know this feeling of urgency. I was one of those prisoners.

As a labor activist and head of the Tehran bus drivers union, I spent more than five years in prison, experiencing physical and psychological torture, and constant threats against me and my family. Despite being squeezed for extended periods of time into a concrete hole barely long enough to fit my body but not wide enough to stretch my arms, I consider myself one of the fortunate ones. Through my role in the union and as an activist, I forged many relationships with other human rights defenders and trade unionist both in Iran and abroad. When I was illegally jailed for advocating on behalf of bus drivers for fair wages, they called publicly for my release. Many others, however, do not benefit from this kind of attention.

The international media, too, helped me regain my freedom by reporting my situation and detention, building a sense of public empathy — even from prison guards, some of whom I can call my friends. While the prison conditions I was subjected to were cruel and degrading, my name and location were known, my story was told and my freedom was returned, even if it involved fleeing my home country. Other activists whom I admire have unfortunately not enjoyed the same luck, which is why I have made it my mission to share their stories and advocate on their behalf.

While Heshmatollah Tabarzadi is a well-known name in Iran, his location was not known for a week. He is the secretary-general of the Iran Democratic Front and the former editor-in-chief of two publications that authorities have shut down. He spent eight years in prison for expressing his views on Iran’s political and human rights situation. With four years left in his sentence, he was granted furlough for medical treatment in January 2013. Despite threats, he was active in the media and on Facebook, speaking out about prison conditions and defending freedom of speech and assembly. On Jan. 15, security officers entered his home, beat his son and took Heshmatollah away.

We now know he was in solitary confinement, mistreated, and had his hair forcibly shaved for embarrassing the security officers who permitted the furlough. He suffers from medical conditions and due to inadequate access to health care in prison, those of us who follow his story fear greatly for his safety.

Prison conditions in Iran are a major concern of Ahmed Shaheed, the UN Special Rapporteur on the Situation of Human Rights in Iran. According to his reports to the UN, many prisoners have been denied access to necessary medical care, and have faced severe overcrowding and inadequate nutritional provisions, in violation of international law and standards. My brother, Afshin Osanlou, was a victim of such deplorable circumstances.

Afshin, also a labor activist, was arrested in 2010 on charges of “assembling to act against national security,” and sentenced to five years in prison. On June 20, 2013, he was pronounced dead on his way to the hospital because of a heart attack. Documentation has emerged proving that my brother’s death was based on neglect, however. It took an hour for him to be taken to the prison infirmary after he complained of chest pain, and three more to reach a hospital. He was transferred in a car with no medical equipment or staff aboard to assist. Reports by the prison physicians appear inaccurate, and to make matters worse my family was informed of the tragedy two days after my brother’s death, not from officials but from our contacts inside the prison. We were not even allowed to hold the memorial service at a mosque.

Currently, there are many prisoners whose lives are endangered by lack of medical attention, including labor activists Rasoul Bodaghi and Reza Shahabi, secular democracy advocate Arjang Davoudi, and Kurdish activist Kairm Maroof Aziz, who is nearly 80 years old and has been in prison for 30 years. The world cannot wait for Hassan Rouhani and Mohammad Javad Zarif to address the plight of Iranian political prisoners. As Zarif notes, this power is not really with them and is, in fact, with the judiciary and Supreme Leader Ayatollah Ali Khamenei.

International pressure saved my life and helped me get my freedom back. The stories of Heshmatollah, Afshin and others, on the other hand, prove what happens when there is lack thereof. Unfortunately, these are a few of countless cases in which prisoners have been forgotten about. For their safety, the international community must continue to insist Iran put an end to these cruel practices and ultimately demand their freedom. Though I had no other choice but to leave the only place I knew as home, I am fortunate and free, a testament that it is possible when the international community insists on accountability and justice. It is my turn now to join the chorus and call for the release of others. Hopefully, Heshmatollah and all prisoners of conscience and political prisoners soon should see their dignity recognized and liberty returned.