While official statistics suggest that very few Turks are finding their partners on the Internet, dating website figures tell another story. 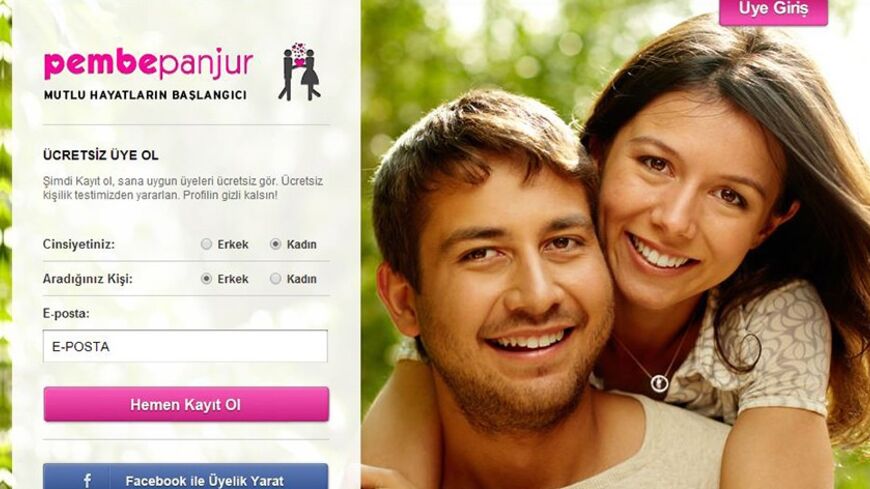 If the thought of online dating in a majority-Muslim country inclined to conservatism seems strange, you should get over it. Although the Turkish Statistical Institute (TUIK) finds that only 0.1% of 603,751 marriages in 2012 happened after couples met first in a digital environment, compared to 41% tying the knot with people introduced through their family circles, the real story is a little bit more complicated.

“I don’t take TUIK’s findings seriously on this issue,” said Haluk Akin, co-owner of PembePanjur, a dating-for-marriage site with nearly 2 million visitors, who sign up for a fee of less than $10. “There is a negative perception about finding your partner online, and couples usually end up lying about it if they end up in a working, long-lasting relationship potentially and hopefully ending with a marriage.”

Ersan Ozer, owner of popular online dating sites such as Istanbul.net, Ankara.net and Izmir.net, agreed, asking, “How can one trust TUIK’s findings when people’s perception about online dating is so negative? They either consider it a sign of desperation, or simply a lowly act to do. So, when they’re asked, don’t expect people to tell you the truth about it.”

Cansu, 34, who asked that only her first name be used, concurred. She told Al-Monitor, “I found my boyfriend online, and we have been together for seven years now and — knock on wood — we’re very happy. But even our families do not know that we met online. We made up our own story as to how we met, and have been telling that to people when asked.” She did not provide any explanation as to why she lies about it.

Cagatay, 36, who also asked that only his first name be used, shares the same reservation. He told Al-Monitor, “Look, I have a good position in this bank. People usually think that we have more opportunity to meet new people, and find our life partners more easily. It does not work that way. I personally find online sites a wiser approach — without getting carried away with your emotions, it allows you the time to think about and evaluate this person’s qualities. I have been dating a girl who I found online for six months now.”

Ozer, in fact, also made this point. He said, “Don’t underestimate the number of people who use these online dating services. They make a commitment to it when they make a payment. Yes, there are those who like to abuse this service for other purposes, and we do our best to keep a handle on such issues. But the fact of the matter is that we have at least 5 million singular entries on our sites, with a little over $20 fee for the service.”

When talking specifically about Istanbul, Ozer explained how they divided the city into districts and help people to find a dating partner within their range. He said, “Istanbul is a big city. Distances are far and the traffic makes going from one place to another sort of painful. We therefore divided this metropolis into districts, as we well know that couples who live in distant parts of this city usually can’t sustain that relationship — meeting and spending time together becomes a troubling issue.

“We established our site in 2005, and have built a good, credible reputation. People trust us — especially women. It’s somehow easier for men to sign up on these sites, but women usually look for references. If you take a close look at our sites, you would see at least two or three women with their heads covered. Whether this is the place to say it or not, but if you take a close look at these pictures — it also gives you a good sense of this new conservatism trend in the country. It’s like a fashion thing that women cover their heads, but when you see the way in which they pose for their pictures — that really does not fit with any conservative religious practice. That said, this is just an observation, not a judgment on people.”

Akin made a similar observation on the subscribers: “People over 30 seem to be more active on our site, and there is a growing trend of individualism. Surely the traditional ways of getting married are still occurring, where families usually determine their children’s life partners. This new generation, however, is gradually growing out of it and prefers to marry the ones of their own choice. And this should say something about our society.”

While the jury is out on what it may say, the fact of the matter is that at least in Turkey's big cities, people have broken yet another taboo, this time about online dating, even if they may not yet feel comfortable talking openly about it.