At the Feb. 9 meeting of the Financial Action Task Force, Turkey will most likely remain on the "gray list." 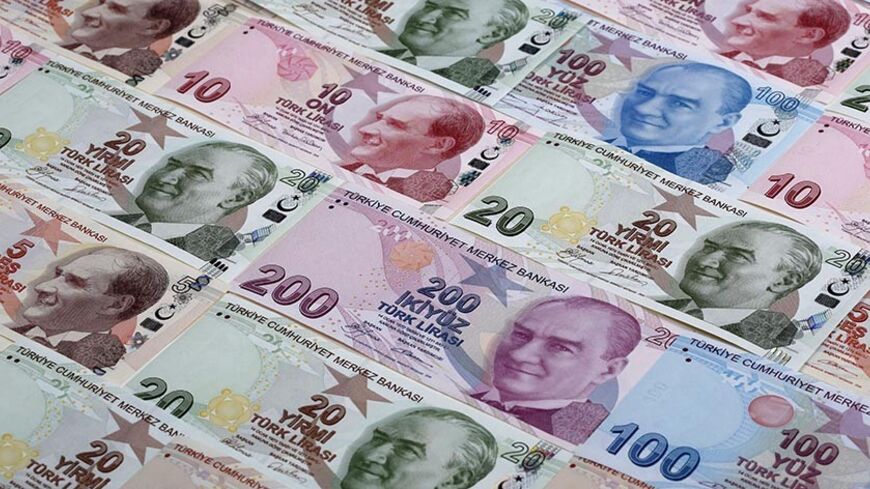 The upcoming Feb. 9 meeting of the Financial Action Task Force (FATF), the global standard-setting body for anti-money laundering and combating the financing of terrorism (AML/CFT), is of importance for Turkey.

Since February 2012, Turkey has been on a gray list “composed of countries with strategic deficiencies in their AML/CFT regimes that have provided a high level political commitment to address these deficiencies through implementation of an action plan developed with the FATF.” While Turkey has been lobbying to get off the list, it looks like it will be staying on it.

Although Turkish Prime Minister Recep Tayyip Erdogan’s government has been passionately arguing that psychological warfare is being waged against its policies in an attempt to embarrass the ruling party for aligning itself with radical Islamist groups fighting in Syria, the fact of the matter is that this argument has not come out of the blue. For example, Turkish Foreign Minister Ahmet Davutoglu said on Nov. 13, “There is serious international propaganda against Turkey. And that perception has been established so much that it is now considered the reality.”

Despite being accused of treason by the Erdogan government for its criticism of the AKP’s Syria policy, Turkey’s main opposition Republican People’s Party (CHP) is firm in its assessment. “We like to remind you that it has been the AKP that gathered all the radical Islamists and settled them at the Turkey-Syria border,” CHP Deputy Chairman Erdogan Toprak said Sept. 22. “The ones who surrendered to terrorists the 900-kilometer-long Turkey-Syria borderline have no right to criticize the CHP.”

While the list of such statements and reports that show the government’s approach to radical Islamist groups can easily be multiplied dozens times in an instant, Davutoglu said on Jan. 9 that whether they are in Syria or elsewhere, Turkish officials don’t prioritize the threat coming from these groups. “Some circles try to show Bashar al-Assad as the lesser of two evils by drawing attention to the al-Qaeda threat. The Syrian people are under serious pressure. These circles try to cover up Assad killing 150,000 of his own people by putting forward the al-Qaeda and Islamic State of Iraq and al-Sham (ISIS) threat.”

“When we look at the international media, it feels like they prefer Assad to stay in power. In my statements, there has been no consideration of Assad as the lesser of two evils. Our policies have not changed [and that is that Turkey wants regime change in Syria.]”

If that is the case, however, Erdogan’s commitment to bring down the Assad regime in Syria may really have no limits, like the incident on Jan.1 when the gendarmerie informed the local prosecutor’s office in the Kirikhan district of Hatay province near the Syrian border that there was a truck allegedly transporting arms to Syria, and they wanted to confiscate it.

The prosecutor in Hatay, whose jurisdiction covers terror-related crimes, issued a search warrant for the truck. Strangely enough, however, the Hatay governor intervened and prevented the gendarmerie and the police from carrying out the prosecutor’s orders. The governor’s written order was leaked to the media, which revealed that the truck was transferring weapons into Syria under direct orders from the prime minister and his intelligence chief.

Yet it is clear that neither should be held above the law, and the gendarmerie and the police should have been able to do their jobs as requested. In today’s Turkey, however, that is simply not possible to do.

While European diplomats express concern due to this controversial overlapping of jurisdiction, and whether incidents like this will set a precedent in making their cooperation with Turkish authorities over security-related issues even more challenging, the key is whether window-dressing for compliance with the FATF is acceptable to the key countries involved in the Syrian dilemma — including the Russian Federation.

The point of concern regarding upholding the FATF criteria is, however, not just related to this one incident. It has a long-standing background. Speaking to Turkish media after the suicide attack on the US Embassy in Ankara in February 2013, Ambassador Francis Ricciardone drew attention to the AMF/CFR issue.

“The state must have the authority to freeze terrorist assets very quickly on the basis of solid evidence and a legal process that the citizens trust. In FATF — Financial Action Task Force — 34 countries, most of them democracies, have had this debate and have figured out how to do it in a way that balances those rights. In 2005, FATF, working with Turkey, which is a member of FATF, found that Turkish law did not define terrorism at a standard that meets international standards. In Turkey, most definitions of terrorism focus on attacks against the Turkish state and the definitions are less clear when it comes to international terrorism,” Ricciardone said on Feb.5. “FATF experts came here last year, last spring, reviewed the draft legislation at that time, and pointed out serious deficiencies that need to be remedied in your law if it is Turkey’s desire — as I know it is — to meet international standards."

He continued: "I have not seen the current draft. I do not know its status. But my understanding is that it is pretty much the same draft that FATF experts — in fact the FATF president — reviewed last May, I think it was — and FATF at that time found the draft inadequate. I hope through your current legislative process, you will confer further with FATF experts and bring it up to FATF standards so that Turkey will be not only a full member of FATF, as it is now, but also off the gray list. That is important because Turkey wishes to become a financial center. The United States wants Turkey to become a leading economy and financial center. We support your ambition to have a first-class, transparent financial system, and one of the really important seals of approval that is necessary is the FATF seal of approval. This is a huge opportunity and I hope your parliament will seize the opportunity to set the standard. Wouldn’t it be great if everybody else in FATF said the Turkish counterterrorism law of 2013 is the new world standard? That is one example of legislation that needs to work right.”

The fact of the matter is that the new law — as stated by Ricciardone — fails to uphold the criteria that the FATF requested from Turkey. One of the things that Turkey demanded in the name of upholding the highest standard of human rights is that it should have a free hand to decide who or which organizations are considered terrorist. While what comes to public attention does not always tell the whole story, diplomatic sources express concern about Erdogan rising in defense recently of Yasin al-Qadi, suspected of being an al-Qaeda financier, and presenting him as a family friend.

Although there has been a lot of speculation about Turkey even moving to the FATF black list, which is composed of only Iran and North Korea, it likely would first be placed on the “dark gray list,” made up of countries on the “gray list” for over a year that have not made sufficient progress in implementing their action plans along agreed time lines. Any change putting Turkey’s status closer to the black list would have huge political and economic repercussions. Turkey, however, has continued to take steps toward improving its CFT regime, including issuing a Council of Ministers’ Decree implementing UN Security Council Resolutions (UNSCRs) 1267, 1988 and 1989. While certain concerns remain, Turkey is expected to take further steps to implement an adequate legal framework for identifying and freezing terrorist assets under UNSCRs 1267 and 1373.

While Turkey could be moved to the dark gray list at the February FATF meeting, it is more likely that it will stay on the gray list another year; this would be a clear sign that Turkey still has a lot work to do to prove that it is a serious partner of the international community in the fight against terror while at the same time recognizing the positive steps it has taken. What is troubling, however, is the way the Erdogan government is using the judiciary to serve its interests, sidelining the principles of the rule of law and risking significant damage to the country’s image abroad.