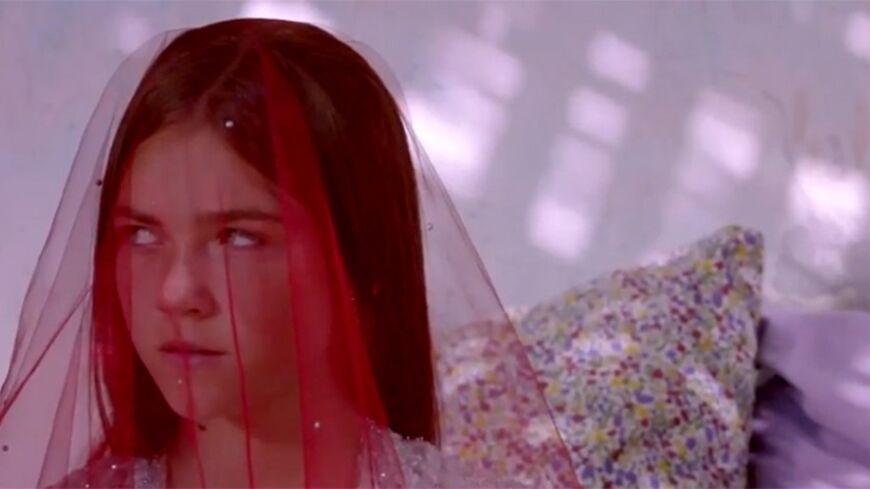 A majority of analysts predict a tough and tense immediate future for Turkey in 2014. In such an environment, it might seem necessary to momentarily put aside seemingly less pressing matters. Yet, watching the Turkish film “My Aunt Came”  (“Halam Geldi” in Turkish, directed by Erhan Kozan), released on Jan. 3, served as a sober reminder that there can never be a bad time to continue raising awareness about child brides — one of Turkey’s deepest bleeding wounds.

Child marriage is defined as a formal marriage or informal union before age 18, and the impacts, primarily for girls, are disastrous. The main reasons for child brides are poverty, lack of education, religious belief, perceptions of gender roles in society, insufficient laws or belief that a girl is safer once married.

In the film, “My Aunt Came” refers to a code, used specifically in Anatolia to symbolize the arrival of a young girl’s first menstrual period. Unfortunately, instead of a new, natural phase in a young woman’s life, this is also recognized as a harbinger of doom; To begin her period signifies that a girl is fertile, which suggests she is of an age permissible for marriage. The film's characters Reyhan and Huriye, who live in a border village in the Turkish Republic of Northern Cyprus, are more than just characters, as they represent myriad victims in real life across Turkey and the world.

According to the Ministry of Interior Affairs, in the last three years 134,629 persons below 18 years of age were married in Turkey, with 5,763 boys and 128,866 girls — meaning 20 times more girls than boys. The trend of a disproportionally higher number of underage girls is especially worrisome considering that “there is an increase of 94% in application to courts by families to ... get marriage permit[s],” according to Gulten Kaya, head of the female lawyers commission of the Union of Turkish Bar Associations.

Though the shining lights of posh Istanbul neighborhoods might blur the reality of many parts of the country, the facts remain striking and scary. Research, recently presented by Erhan Tunc, an assistant professor at Gaziantep University, studied child marriage in various Turkish regions. Researchers found that 82% of child brides in Turkey are illiterate.

Moreover, Tunc stated that the proportion of marriages with a participant under 16 years old increases to 60% in the center of Sanliurfa, a city near the Syrian border. The rate of early marriage is generally higher in rural communities, but even in Izmir, an urban center known for its cosmopolitanism, the proportion of married girls under 16 is 17%. “Taken generally around Turkey, this means that one in three marriages is a child marriage, [about 37%]” stated Tunc. Girls usually marry a much older adult man, a widower, or even a man who has raped her.

Almost on a daily basis, newspapers and portals in Turkey report incidents that confirm the frequency of this sort of violation of human rights. Some of the assertions prove highly polemical. Daily Milliyet recently published an article citing a dozen testimonies about the situation in Dundarli village in the Central Anatolia region. The information that girls get engaged while still in primary school, and get married while still only 11 to 14 years old, caused harsh criticism from the authorities. Dundarli Mayor Mehmet Guler acknowledged the occurrence of marriages of 16-17-year-old girls (parental consent and court approval allows minors to still marry legally), but denied claims of 13-year-olds getting married.

Religious marriages — though unrecognized under Turkish law — form a major part of the phenomenon. Article 230 of the Turkish Penal Code lists a two- to six-month prison sentence for persons forcing religious marriage ceremonies on underage children. To nonreligious families, these ceremonies serve “as a tool to consummate an early marriage when the law does not permit them to do so,” or when the state denies the permission for legal marriage of a minor.

Of course, this is a problem relevant not just to Turkey but also to the broader Muslim world. Some clerics or religious conservatives defend child marriage by arguing that Prophet Muhammad married Aisha when she was 9 — a view refuted by other scholars. Three years ago, Sheikh Saleh al-Fawzan, one of Saudi Arabia's most important clerics, even issued a fatwa stating, “It [is] permissible for fathers to marry off their young daughters, even if they are in the cradle." The better news is that the Shura Council of Saudi Arabia is expected to discuss a draft law which will set the minimum age of marital consent at 18.

Back in Turkey, there are also refreshing religious voices that oppose child marriage. In October 2013, the head of Turkey’s Diyanet (authority for Islamic religious affairs), Mehmet Gormez condemned “fathers and families who forcibly marry off girls to much more older men, without girls’ consent, without them still having gained the maturity for being a mother, or grasping the meaning of a spouse,” as “ruthless.”

He also stated, “Whoever tries to find an argument or justification [for child brides] in any Islamic source, does injustice both to religion and that girl child. That is why it is all of our responsibility to take all these information [historical facts] again and share them with society anew.”

Moreover, it's encouraging to see films on this topic (“My Aunt Came” will start playing in European cinemas mid-January), as well as soap operas like “Little Bride” (“Kucuk Gelin”), which plays on the conservative Samanyolu TV channel, gain countrywide popularity.

Yet, lack of clear legislation on outlawing child marriage, and poor enforcement of other existing laws in Turkey remain main obstacles for changing the mindset that doesn’t recognize child marriage as a wrongdoing. Blaming this or that government’s rule neglects the longevity and enrooting of this multifaceted problem.

Improvements in a new Turkish Civil Code in 2001, a new Penal Code in 2004 with more than 30 amendments, and legislation pertaining to victims of domestic violence did not solve the problem. Positive initiatives such as educational campaigns, legal advocacy and data collection are complemented by harsh critiques of women’s rights.

In addition, the deeply ingrained idea of “such is the law of the village” is part of a vicious cycle according to which young unmarried girls are seen as spinsters, so the social pressure perpetuates the problem. Traumas for girls are inevitable, and many even decide to commit suicide. Some girls such as R.M., 17,  from Urfa attempt to run away from their families to the police. Her uncle was about to sell the girl to a man 20 years older for 10,000 Turkish lira (about $4,600).

Ultimately, only a combination of simultaneous efforts could contribute to a crucial change in mentality and alleviate the pain of so many girls and families. Experts propose mandating education through high school (critics claim that educational reform known as the “4+4+4” educational system would increase child brides because children can drop out of school if they get married). Other suggestions include criminalizing early marriage and raising the legal age of marriage to 18 with no exception.

Moreover, suggestions include protecting minorities’ rights and implementing international human rights standards with stronger enforcement of existing laws. If the state, media and religious leaders continuously stand against child marriage publicly, the phenomenon will cease to be so hushed up. All actions to stop child brides count — no more pity, pardon or excuses.