The rise and fall of Israeli PR king Rani Rahav

Public relations powerhouse Rani Rahav has represented most of Israel's rich and famous, until becoming himself the product he sells: a symbol of a society who cares little for the poor and cherishes fast money. 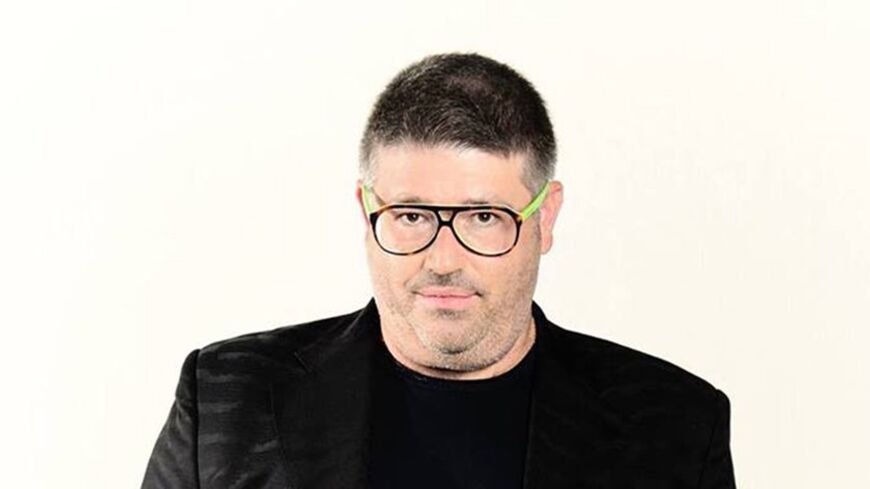 Rani Rahav, 47, is a public relations powerhouse in Israel who has worked with everyone from politicians to celebrities. - Facebook/Rahav.Rani

Despite his lack of appeal and charisma, he became the country’s undisputed king of public relations and advertising. There isn’t a single significant event in the business world that doesn't have his fingerprints all over it. There are no business celebrations and no directors’ cocktail parties where his massive presence is not felt. He is considered to be close friends with everyone who's anyone in Israel, or more precisely, with all the people with wealth and power. He was intimate with the Rabins when Yitzhak Rabin served as prime minister in the 1990s. Politicians make the trek to his doorstep as if he had the power to ensure their political future. Every single prime minister, with the exception of Ariel Sharon, dined at his table. Ehud Barak, Ehud Olmert and, of course, Benjamin Netanyahu have all proudly counted themselves among his friends. There is no one else like him who personified the dramatic change in Israel as it transformed itself from a semi-socialist society to a hyper-capitalist one.

More than anything, Rani Rahav, 47, is identified with the hedonistic get-rich-quick era that dominated Israel for the past two decades. He is a friend to a new breed of entrepreneurs, building their images with their heads held high. Long gone are the days in which rich Israelis would spare no effort to downplay their wealth. These days, Rahav comes to shine an international spotlight on those beautiful young talents who have used their Midas touch to become millionaires and multimillionaires.

Commercial television got swept up in their dizzying success stories and granted them exposure that bordered on veneration. The newspapers missed no chance to lay the red carpet before them and magazines published huge photos of them on their covers. Rahav could be seen peeking out from behind almost every one of these nouveaux riches and every major financial success story.

As if that were not enough, last year, Rahav was chosen to join the panel of judges on "The Next Star," the most popular reality show on Israeli television. His friendships with the rich and famous and his surprising personal fame have catapulted him to superstar status in Israel, so much so that he has even been mentioned as a candidate for prime minister.

It was only after he reached these lofty heights that cracks began to appear in his image and in the business environment that he served so well. It seems as if the enormous wave of protests that swept across Israel in the summer of 2011 was responsible for the dramatic change in the way Israelis relate to wealth, and especially to the enormously wealthy. The concentration of wealth in the hands of a few, accompanied by a significant rise in the cost of living, resulted in hostility and alienation among vast swathes of the public. Over the past two years, there have been calls for a different approach to the distribution of wealth, for those who are able paying more taxes and those who are barely eking out a living receiving more from the state. Furthermore, the phenomenon of centralization, which enabled a handful of people to control multiple companies, has recently been blocked by the anti-centralization law, which received support across party lines.

Then it happened. It looks like the first and most prominent victim of the change in the economy was none other than Nochi Dankner, the man who had unhindered control over the Israeli business world for the past decade, and who did with it as he pleased. On Jan. 5 he was forced to part with IDB, the huge corporation that he headed.

It is no surprise that Dankner marketed himself through Rahav. It is only natural that Rahav was chosen to be the public relations spokesperson for that vast concern, along with the 150 other commercial enterprises that he represents. As soon as Dankner fell, Rahav found himself out of the business. Rage against Dankner and all the other tycoons spread, reaching as far as the door to Rahav’s fancy office. Other clients who feared that their images would be damaged informed Rahav that they were no longer interested in his services. Not a day passed without another client moving as far away from Rahav as possible.

And so it happened that the man who all of Israel’s wealthy elites sought to please, the man they so enjoyed rubbing shoulders with, found himself on a steep and slippery slope with no way of knowing how far he would fall. On. Jan. 7, his situation got even worse. When Sharon Shpurer, a journalist with The Marker, asked to interview him, she caught a barrage of harsh comments from him. Much to Rahav’s misfortune, however, his statements were recorded by her and found their way to practically every news site.

“I’m just telling you,” Rahav apparently threatened the journalist in the recording, “the first chance I get, you’ll be hit with such poison on TV that you won’t dare leave your house.”

The public response was quick. Within hours, the threat went viral and a Facebook group named "Rani Rahav? Not Buying It" was started. The purpose of the group was to encourage a consumer boycott of companies that use Rahav’s services. Some 25,000 people have already joined.

“The same incredible question has been asked year after year,” reads the page. “How is it possible that everybody knows what kind of person he is and how he behaves, and he still manages to be connected by the teat to the most powerful people in the economy? Why do the largest companies continue to hire his services? The answer is fairly simple: because we did nothing about it. Now the time has come to put an end to it.”

And signs are emerging that Rahav’s business is coming to an end. It seems that the campaign against him has caused him to internalize the fact that something has fundamentally changed in Israel’s social and economic climate. The old admiration for fortune and wealth has been replaced by suspicion, if not hostility, to the members of the top income bracket. Rahav’s friends were quick to defend him, claiming that his rivals are behind a “public lynching” and a “court martial” intended to destroy his business.

Rahav himself wrote on his Facebook page that boycotts were inappropriate. “We have enough boycotts already against Jews and against Israel,” he wrote, linking himself to Israel's overall political situation. In an effort to neutralize the tidal wave that threatens to drown him, Rahav decided to change direction for the very first time and adopted a conciliatory attitude toward his rivals.

“Today, I read all the claims made against me, and I internalized many of them,” wrote Rahav. Will he really be able to extricate himself from the circle closing in on him from all sides? Only time will tell.