The Special Tribunal for Lebanon has the potential to set Lebanon on a course to becoming a more just country or an even more contentious one. 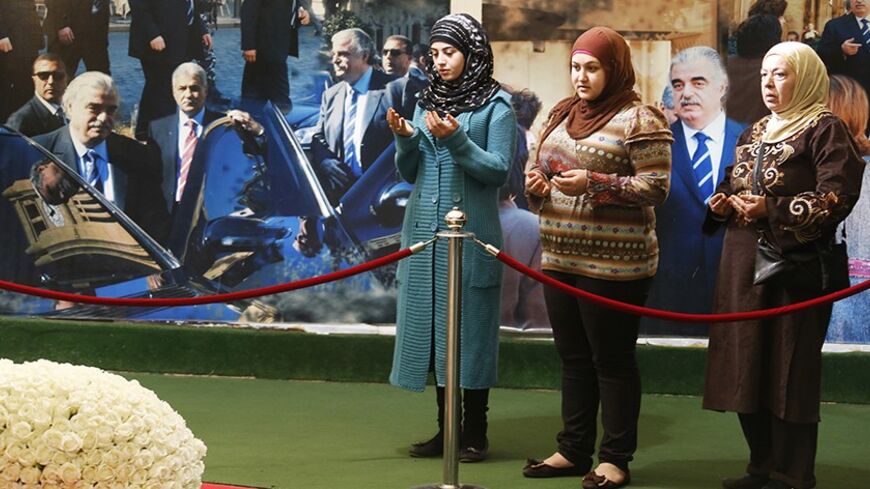 After a long wait, the court proceedings of the Special Tribunal for Lebanon (STL) finally kicked off on Jan. 16 in The Hague. The STL is trying the alleged killers of Lebanese Prime Minister Rafik Hariri and some of his companions. This event is highly unusual and historic for a number of reasons.

First, the Lebanese people — having experienced years of institutional disruptions and paralysis — are unaccustomed to scenes symbolizing justice and the rule of law. Lebanon's judiciary has traditionally self-annulled, succumbing to the de facto forces and surrendering to the logic of carrots and sticks. If Lebanon had a functioning justice system, there would be no need for the STL. The UN Security Council resorted to its formation with Resolution 1757 (2007) after Lebanon's culture of violence took hold of the country, and the central state authority could no longer deter crime.

As one of the victims’ lawyers remarked during the prosecutorial hearings, the law in Lebanon has become a point of view, and crime has become pervasive. Crime is a means through which to alter the balance of power, so much so that the people have gotten used to it, altering society’s standards and values. It has created a “culture that eats away at tolerance and coexistence and threatens to topple the [political] settlement on which the Lebanese depend.” The scene at the tribunal sessions has evoked awe of the judge and voice of justice. It recalled one of the most basic principles: Justice is the basis of the sovereign.

Second, the trial opened during a significant and delicate historical moment. The war between the Sunnis and Shiites is raging against the backdrop of ongoing tensions between the West and Iran. The STL’s concern is the assassination of the leader of Lebanon's Sunnis and a man who was also a Sunni symbol throughout the Muslim world. Hariri's death was the first spark in a sectarian war that since his assassination has spread like wildfire. The STL has not charged any party or regime, as according to its rules, it can only accuse individuals, not organizations, of terrorism. That said, it is also the case that all five defendants belong to Hezbollah's ranks. The party's secretary-general, Hassan Nasrallah, categorically rejected handing over the accused to the judiciary after warrants were issued for their arrest, thus defying the sovereignty of the Lebanese state and the United Nations. The STL process and its results will undoubtedly affect the Middle East's conflicts.

Third, this is the first time that the Arab world has experienced a public trial for an act of terror. The Arab world is used to the language of fire, and crime is part of the daily routine. This is also the first time that the Arab world has been party to a trial operating according to international standards. Previous public trials, such as those for Saddam Hussein and Hosni Mubarak, were not devoid of criticism and did not consecrate the rule of law, reduce violence or establish harmony among segments of society. The court's statements at The Hague on Jan. 21 were professional and detailed. They set the standard, for the STL’s supporters as well as its detractors, for what trials should be like. After today, it would be difficult to confront the STL’s facts, evidence and judgments except with equal professionalism and detail.

Fourth, it was remarkable how the prosecution, in making its case, presented the series of events in a way that appealed to both history and conscience. Laying the facts of the crime before the eyes of the Lebanese, whatever their affiliation, cannot but stir their humanity and shed light on the families of the innocent victims who had nothing to do with politics and perhaps contribute to a culture of nonviolence and purify the memory.

The STL is the first international court to allow “the affected people who have suffered harm as a result of attacks to take part in the trial in order to present their views and express their concerns.” It is also the first such court featuring an independent defense team with a status equal to that of a prosecutor. The mandate of the Defense Office is to protect the rights of the accused at all stages to ensure a fair trial. All this indicates that the court cares not only about achieving justice, deterring crime and imposing punishment, but also seeks to purify the memory and promote forgiveness, which is the logic behind what is internationally known as restorative justice.

Fifth, the trial raises the most important question for the Lebanese: What direction will they now take? Will the Lebanese seize this opportunity to set out on a path of restorative justice, toward constituting a state based on reconciliation and justice, on a collective memory that rejects eliminating the other and inflicting repression, fire, and destruction and on a collective consciousness that realizes that living together requires renouncing violence and developing a culture of peace and dialogue? In sum, will the STL be a gateway to a better tomorrow, or will it simply remain a controversial entity adding to the many other points of disagreements among the Lebanese, in essence pouring gas on a fire that burns not only in Beirut’s neighborhoods but also in the Bekaa Valley? If the latter scenario is the most likely, will those behind the court stay the course until the end?

The scene at The Hague has shown that justice is independent of political considerations. Observers have been trying to link the two in vain and interpret them in a way that they like, but justice has its method and its price. The price may be high today, but it is inevitable and will be paid in the future.