Although Lebanon is a small country, many of its citizens have gained prominence throughout the world as scientists and inventors. 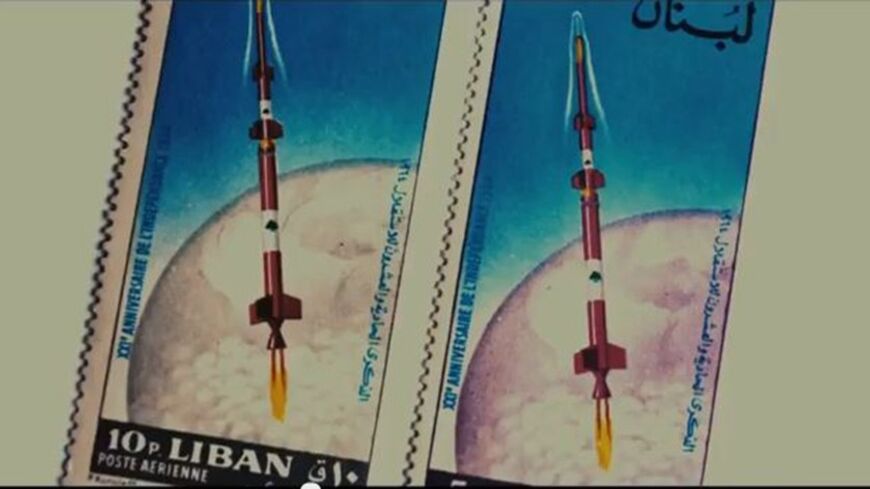 While it is true that Lebanon is a small country, covering only 10,452 square kilometers and with a population of no more than 5 million, the "Land of the Cedars" has been known throughout ancient and modern times for its inventors and emigrants. It is well known, of course, that the Phoenicians, the ancient residents of Syria and Lebanon, invented the alphabet and spread it to the world. Their boats traveled to Europe and Africa, and according to some theories, the Phoenicians may have even been the first to cross the Atlantic and discover the American continent.

In the modern era, the Lebanese began to emigrate in significant numbers at the beginning of the 18th century, primarily to Europe, the Americas and Africa. Some Lebanese researchers put the number of Lebanese emigrants, including their children and grandchildren, at between 11 and 16 million. These emigrants have included some prominent intellectuals, scholars and inventors. One of the most prominent of these was the thinker and writer Gibran Khalil Gibran (1883-1931), who became popular in the West as a poet and painter after emigrating to the United States and publishing his books in English. He is most known in the West for The Prophet (1923) and is the best-selling poet after William Shakespeare and Lao-Tzu.

Among the most prominent Lebanese scientists is Hassan Kamel al-Sabah (1894-1935), who was born in the city of Nabatieh, in southern Lebanon. He has dozens of inventions registered to him in Australia, Europe, Japan and the United States. Sabah is also the author of several mathematical theories in electrical engineering, earning him the moniker "Edison of the Orient." Like Gibran, he emigrated to Boston, for university studies. He began work in 1921 as an engineer with General Electric. In 1927, Sabah joined the General Electric Company in New York state, which is where he would develop many of his 71 inventions. One of his inventions was a device for image transfer, developed in 1931. This technology, still used today in photoelectric imaging, was the foundation for modern cinema, in particular CinemaScope, and was used in TV as well. Sabah also invented a device for converting solar energy into continuous electrical energy.

Peter Brian Medawar (1915-1987) was a British doctor of Lebanese descent. In 1953, Medawar discovered that injecting mice embryos during the development stage with cells taken from the tissues of adult mice enabled the young mice to successfully accept a patch of skin from the older mice. This discovery, involving acquired immunological tolerance, paved the way for research aimed at reducing instances of the human body rejecting transplanted organs. Medawar and the Australian scientist Sir Frank Burnett received the Nobel Prize in Medicine in 1960 for their discovery of acquired immunological tolerance.

Rammal Hassan Rammal (1951-1991) is another Lebanese scientist, from the town of Dwair, in southern Lebanon. In 1977, he received a doctorate in physics from Joseph Fourier University in Grenoble, France. Rammal worked in the field of condensed matter and statistical and theoretical physics at the Center for Research Into Very Low Temperatures in Grenoble.

In 1984, Rammal won the bronze medal granted annually by the French National Center for Scientific Research (CNRS) to the best young researchers at the beginning of their scientific careers. Also in 1984, the American Journal of Science and Research acknowledged him as the "youngest researcher in his field." In 1988, he received the silver medal from CNRS, an award honoring young researchers who have gained global prominence. In 1989, the French magazine Le Point considered Rammal one of the 100 French figures poised to change the face of the country in the lead-up to the year 2000. He is regarded as one of the most important modern scholars in the field of physics, and he made impressive scientific discoveries in the field of alternative energy as well.

Michael Ellis DeBakey (1908-2008) was an American doctor and inventor of Lebanese origin and one of the pioneers of heart surgery. He served as chancellor emeritus at Baylor College of Medicine in Houston, Texas, and was director of the Methodist DeBakey Heart and Vascular Center. Moreover, DeBakey served as a medical consultant to every US president over the course of five decades.

At the age of 23, DeBakey had developed the roller pump, whose importance was realized 20 years later, when it became an essential part of the heart-lung machine. The latter paved the way for open-heart surgery, as it allows for natural blood flow during heart operations. With the help of his mentor, Alton Ochsner, DeBakey postulated the link between smoking and lung cancer. In 1953, he was the first to successfully perform a carotid endarterectomy, that is, remove material on the inside of an artery. DeBakey was a pioneer in the development of the artificial heart, in using artificial heart pumps and in using synthetic fibers to repair arteries.

Lebanese innovators like Gibran, Sabah, Rammal and DeBakey are numerous in Lebanon and abroad. Some of them gained fame, while others remained obscure. Most inventions and scientific achievements by Lebanese were made abroad, especially in the United States and Europe.

Although it has probably been forgotten by most Lebanese, their country was home to a captivating scientific technological project between 1961 and 1966. The "rocket project" was launched at Haigazian University in Beirut by Manough Manougian, a mathematics professor. Manougian, along with a group of his students, designed a rocket and launched it in the context of scientific space experiments. The professor, who later became a prominent academic in Florida, kept photos and recordings from the project, which lasted from 1960 to 1966. These documents formed the primary resource for a documentary film, "The Lebanese Rocket Society," produced by the husband-and-wife team of Khalil Joreige and Joana Hadjithomas and screened in Lebanese cinemas in 2013.

The documents show how Manougian's students blended solid fuel for the rocket, which they made from metal pipes available in the market, because major powers had refused to provide Lebanon with rocket fuel. The documentary contains footage of the missile tests carried out in the Lebanese mountains. The first successful test involved the launch of the Cedar rocket, which reached a height of one kilometer. In 1962, the Lebanese army became a partner in the project, whose funding then came from the Lebanese government. The army helped to advance the project, taking it to a higher level. Thus the "Lebanese Rocket Society" was born.

The project raised concerns in Israel, as Lebanon looked to be evolving into a pioneer in the field of rocket production. The project progressed from the Cedar 1 rocket to the Cedar 8 rocket, with improved precision and a range of more than 600 kilometers.

This adventure was marred by an error after the launch of the Cedar 4 missile on Nov. 21, 1966. The three-stage rocket reached a height of 200 kilometers before falling into the Mediterranean near a British naval vessel off the coast of Cyprus. This prompted the United Kingdom to officially protest to the UN Security Council. As a result of external political pressure, Lebanese President Fouad Shehab halted the project, bringing this Lebanese scientific dream to an end in 1967. An official stamp issued in 1964 commemorates Lebanon's rocket experiment. The Lebanese Rocket Society keeps memories of the space program alive and produced the documentary. Following in Manougian's footsteps, Avedis Tchamitchi, a young Lebanese Armenian engineer, says he aspires to manufacture rockets in Lebanon once again and that he has built and launched some.

Lebanese innovators are, of course, not limited to those mentioned above, nor is the country's experience with science, industry and technology limited to its 1960s rocket project. Today, Lebanon occupies a prominent role in the fields of information technology and computer program production. Lebanese developers have begun to compete with computer programming giants on a global level. Lebanon exports computer programs around the world, in particular to Africa, Europe and the Persian Gulf. Their sector generates revenues of some $300 million annually for the Lebanese economy.