A new initiative by Ammar al-Hakim may succeed in solving the Anbar crises because it relies on more than security measures. 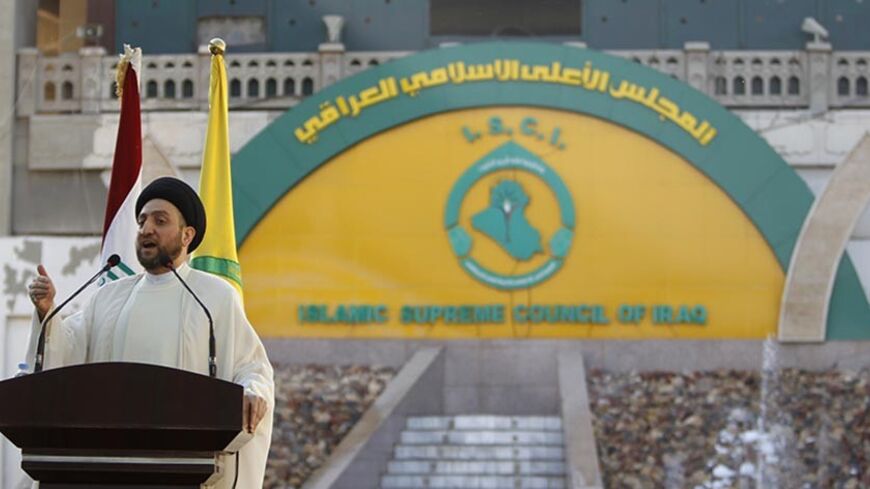 The Our Steadfast Anbar initiative, launched Jan. 11 by Ammar al-Hakim, leader of the Islamic Supreme Council, to resolve the Anbar crisis is an important step because it moves Iraq's security situation back into the political realm in trying to establish a broad base from which to combat terrorism.

Hakim has proposed a package of political, administrative, economic and social measures to normalize the situation in Anbar, which has been restive for the past two weeks and preceded by protests that lasted about a year. Among the initiative’s proposals is to spend $4 billion dollars over four years to rebuild Anbar’s cities, create jobs and form a provincial council of elders, influential tribal leaders, in addition to Anbar self-defense units, which in fact already exist through the Sahwa councils.

Some assert that Hakim’s initiative has electoral motives attached. Yet the initiative provides, for the first time, a vision toward resolving the Iraqi crisis, not just mere slogans as with most previous initiatives. The local and foreign responses to the initiative indicate that there is a general trend to interpret the crisis the way it actually should be understood.

Some Iraqi parties are trying to characterize the country's broader crises — ongoing for years and including the recent crisis in Anbar — as “security crises” that can only be resolved through security measures. This characterization assumes that the fight in Iraq is between the government and its supporters on the one hand and terrorism and its supporters on the other, and therefore does not take into consideration the root causes of the conflicts.

In contrast, others in Iraq believe that the country's crises are purely political, and their security manifestations reflect the political reality. Those who assert this, however, are ignoring the grave security challenge posed by extremist organizations, like al-Qaeda, that do not believe in political solutions or in modern democratic states and are working to establish a state based on its extreme religious and ideological beliefs.

Analyzing major internal security crises in any country should not include separating the political and security tracks. In fact, separating them, or neglecting one of them, is dangerous. Sucha an approach might temporarily ease a crisis, but in the long term will lead to even bigger crises.

Looking back at the past 10 years reveals that the crisis in Anbar did not start in 2013 and that al-Qaeda’s presence in the province predates 2014. All previous steps taken there were in fact attempts to ease tensions, sometimes through political flexibility and sometimes the use of excessive force. What is different about Hakim’s initiative is that it tries to find permanent mechanisms based on understanding Anbar as a highly sensitive, predominantly tribal and religious region that borders three countries (Syria, Jordan and Saudi Arabia), which makes it susceptible to influence by events outside Iraq's borders.

The $4 billion spread over four years is not a huge amount for rebuilding a province that constitutes one-third of ​​Iraq and is in need of numerous development projects. Regardless, the budget has political and moral significance because it could lead the people of Anbar to believe that the Baghdad government is dealing with them in the same way it deals with the other provinces. Such perceptions reflect and affect the sensibilities that have developed at the sectarian and regional levels in Iraq.

In addition, the idea of ​​forming an advisory council of Anbari tribal sheikhs is an effective and influential means in the long run for consolidating the views of the tribes, curbing potentially disruptive individual actions and providing tribal leaders, who have thousands of supporters, the political space they need to express their grievances and ideas within a structure that advises the local government.

To ensure long-term social order and consolidate national unity, Hakim’s initiative also proposes creating a clear plan to address the demands raised during the Sunni protests. As evident from the ongoing crisis in Anbar, groups employing terrorism continue to use the strained relations between the Sunni cities and Baghdad as a springboard for expanding their presence in the country. Hakim's initiative also advocates avoiding additional security-related tensions by allowing the region’s people and tribes to manage their own security by means of a properly trained and equipped local police force.

A combination of security and political measures are necessary at this stage to resolve the Anbar crisis. The political solution should not follow the security solution, nor vice versa. The two must be implemented at the same time, or Iraq will be unable to fight terrorism in a strong and united way.