Maliki's housing initiative may be part of election strategy 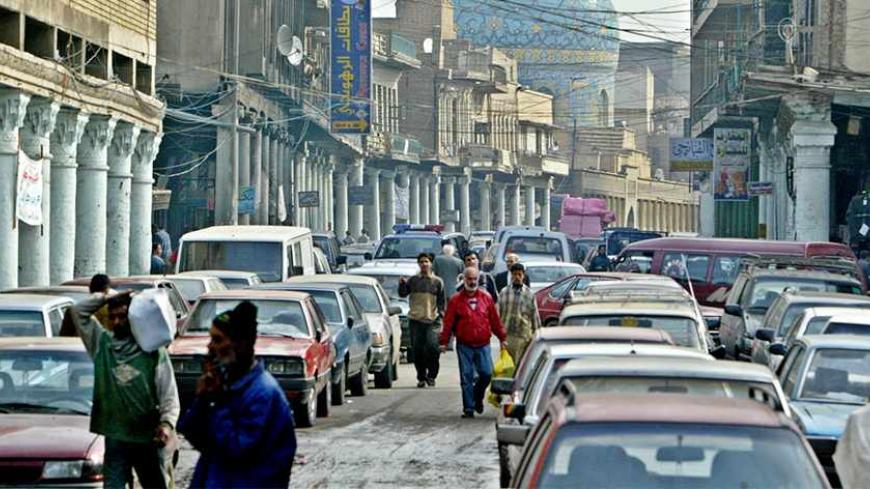 In Iraq, the early election media campaign has taken various forms. Notably, the government has started giving away residential land in return for votes.

In an interview with Al-Monitor, writer and political analyst Safa Khalaf described the “National Initiative for Housing,” which Prime Minister Nouri al-Maliki launched, as being consistent with the mind-set of political “gratuities.”

It seems that the election campaign for the next Iraqi Council of Representatives, which will be held no later than April 30, 2014, has started early. This time, some political blocs are using a wide array of enticements to earn citizens’ votes.

Maliki was the first to start this campaign by declaring the distribution of 420 plots of land in Al-Rashid as part of an initiative called the “National Initiative for Housing.” But Maliki’s opponents considered the move to be a signal that his bloc’s electoral campaign has started. They recalled what he said at a famous news conference in 2009, when he opposed the distribution of land to citizens: “To be able to apply [a land distribution policy], we would have to take land from neighboring countries, because Iraq’s land is not big enough.”

Khalaf said, “When the government gets defeated by its citizens, it begins exploiting [the people’s] rights and returning [those rights] as gifts. The state has used that method in past decades and now, the new rule is doing the same thing by buying electoral votes.”

Khalaf said, “Maliki tried to buy votes in previous elections, when he announced from Basra that the squatters on state lands (al-Hawasim) would not be evicted. That decision was made haphazardly in front of applauding crowds, and he wasn’t held accountable for it. Maliki is now back to playing the same game by giving donations to the Journalists Syndicate and by giving away land to citizens.”

Baghdad Governor Ali al-Tamimi, who is from the Sadrist Movement, accused those behind the land-distribution initiative of nepotism and favoritism in how they are distributing the land. He said that many of those who received land are wealthy people who own houses.

Tamimi asserted that land distribution in Baghdad is one of the prerogatives of the governor of Baghdad, as the head of the local government, and not the central government. He said that Maliki did not consult him about the matter and didn’t listen to the province’s experience in this regard.

In addition to directly distributing land to citizens, Maliki is attracting professional associations by promises of distributing land to its members. He ordered the allocation of housing land plots for all teachers “in recognition and as gratitude for their efforts in building the next generations,” according to the head of the teachers syndicate in Najaf, Mohammed al-Badri. Badri added, “The approval of the prime minister came after a meeting with the head of the [union] branch in Al-Rasafa, Mohammed Saeed al-Saadi. [The meeting] resulted in the allocation of land plots to all teachers in Iraq.”

But many teachers in Baghdad deny that land has been allocated to them. Basma Ismail, a school teacher at al-Karkh, told Al-Monitor that the school administration was instructed to request that she and her colleagues who did not receive land from the state to refer to the education departments tasked with filling the forms for teacher land grants. She added, “I and hundreds of my fellow teachers, when we contacted the Education Department, they told us that the forms have been completed, but they didn’t tell us when the distribution started and in accordance with what mechanism. When I asked the employee in charge, they forcibly expelled me and a number of teachers, who received nothing but election promises.”

Iman Fadel told Al-Monitor, “Land distribution is part of an empty electoral campaign that is no different than the lies about electricity, state services and security, which we have not seen come into effect on the ground.” Her husband, Karim al-Rubaie, a journalist for a daily newspaper, interjected, “We have gotten used to getting the officials’ attention about the citizens’ suffering every time the parliamentary elections approach.”

The land-for-teachers program may have been just an empty promise, but the program for journalists actually reached the stage where a thousand land plots in Baghdad were distributed by lottery drawings. Despite the passage of more than two months on that, no one knows the fate of those lands. And if the plots are not delivered before the election, then the whole thing would have been just a trick by the politicians to win votes.

Director of the Journalistic Freedoms Observatory in Baghdad, Ziad al-Ojaili, said that the Iraqi government is working according to random plans to distribute land to citizens and journalists. In an interview with Al-Monitor, he said, “The government, especially the prime minister, is trying to distribute these lands to silence journalists or bribe them. But journalists will not be quiet about the government failures at the services and political levels, which are getting worse by the day.”