Another year, another chance for spring

2014 will be a time for the Middle East to assess the promises and falterings of the Arab Spring and rebuild the confidence of the people to push forward together. 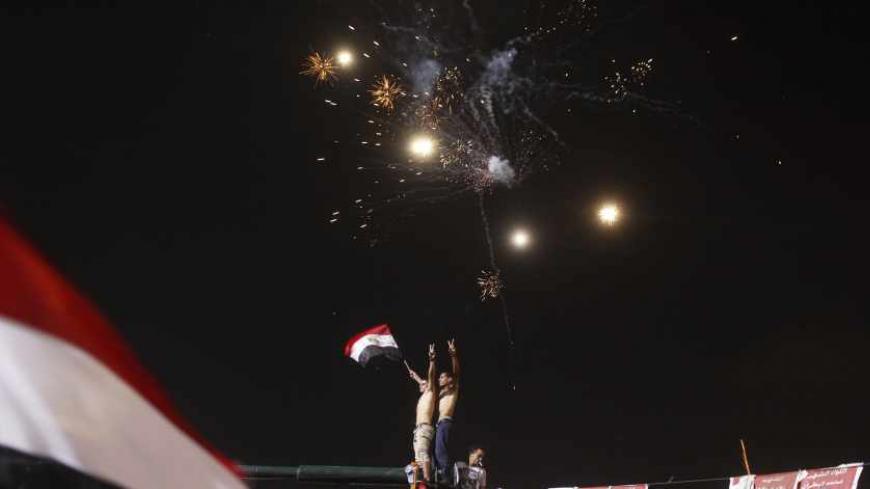 Protesters celebrate in Tahrir Square after the announcement of the removal from office of Egypt's deposed President Mohammed Morsi in Cairo, July 3, 2013. - REUTERS/Asmaa Waguih

Reflecting on 2013, the overall Arab situation did not improve as expected. The proliferation of crises, civil wars and ongoing sectarian conflicts led most of the Arab people to a state of acute disappointment with the promise of the Arab Spring, but definitely not disillusionment.

This is why we can anticipate a measure of hopeful developments in the year 2014. In 2013, for example, the election of Pope Francis was inspirational and created an atmosphere conducive to a culture of peace and an opening for widespread reforms. The new president of Iran is determined to enable Iran to re-enter the international community, prioritizing the agreement that took place in Geneva last November. This step might contribute to regional reconciliation if the next round of negotiations between the five permanent members of the UN Security Council plus Germany are successful during the next six months.

The year 2014 will offer a chance for the Arabs to undertake, on both an individual state and a national level, a rapid assessment of the breaking down of the promises of the Arab Spring, and rebuild the confidence of the people in their own power and a clear sense of direction. They must transcend divisive sectarian and ideological differences to promote policies of sustainable development, to rediscover the elements of their essential unity and to confront the flaws that have characterized the political and social scenes in the last three years.

After the crisis peaked at the end of 2013, the challenge now should be to enhance efforts to resolve, through the Geneva II conference, the Syrian crisis by bringing about what has been sadly elusive — namely, a much needed national reconciliation and speedy reconstruction.

This would enable Syrian refugees to return to their home land, reduce existing and growing tensions in Lebanon and other neighboring countries and help mend the dangerous sectarian divide in Iraq that undermines its national unity and that of its neighboring states.

In this respect, it is hoped that Arab civil societies will assert their commitment to human rights, female empowerment, education and the fight against poverty, and bring back the Palestinian issue as an Arab national priority and responsibility.

On the eve of 2014, let us hope the next year will be an opportunity for Arabs throughout the Middle East to rediscover the aspirations that led to the Arab Spring in 2011, but more urgently, to regain the initiative by harnessing the vitality of their movement with a compass that will provide them with a clear and coherent sense of direction.