The water threat in Iran

Water scarcity is becoming a source of popular frustration with the government in parts of Iran. 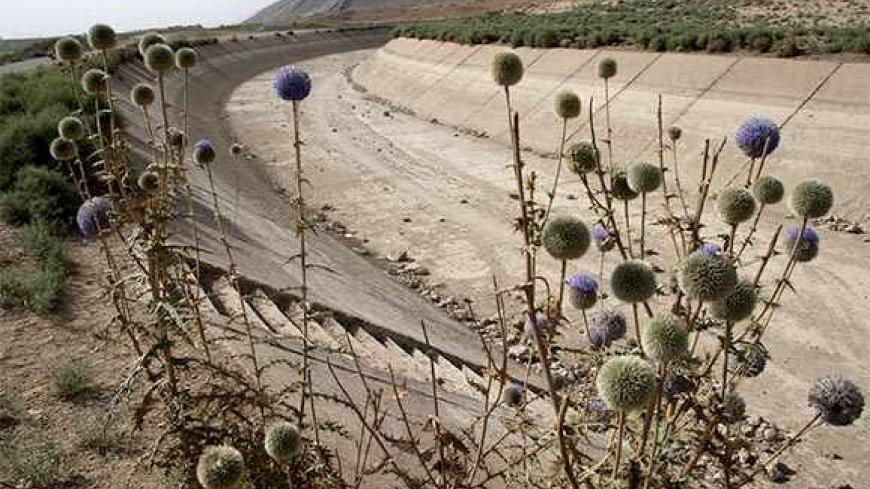 When it comes to public protests in Iran, the first thing that usually comes to mind is politics. These days, there is a new reason: water scarcity. If this situation does not improve, it could turn into a major source of violence and instability in the country. On at least one occasion this year, it already has.

In March, after a week of demonstrations, violent clashes erupted in the town of Varzaneh in Iran’s Esfahan province between protesters and security forces. The clashes led to dozens being injured and more being arrested. The cause was the government decision to divert water from Esfahan province to Yazd province. The protesters saw the move as unfair, as Esfahan province is experiencing a drought. Esfahan’s own famous Zayande Roud river has dried up. My father almost drowned swimming in this river during his teenage years in the 1940s. These days, the river is so dry that you can go horseback riding in the very same spot.

There have also been other demonstrations, albeit peaceful ones. Last week saw the third demonstration in two weeks in the city of Ahvaz. This time, the protesters were angry about the government decision to divert water to Esfahan’s Zayande Roud as well as Yazd and Qom from the Karoun river, which flows into Iran’s Khuzestan province.

There are two factors which could turn the water-scarcity problem into serious clashes and ultimately a domestic security threat.

One is the perception among some that water allocation, which in some cases has involved diversion from one province to another, is based on politics and not on resource-allocation considerations. In Iran, any whiff of authorities becoming involved in siyasat bazee (playing politics) can turn the people against the government's projects, because many Iranians see their political system as corrupt and unfair.

The other factor is that the water-scarcity issue could ignite identity politics among Iran’s minorities. Some of the worst-hit areas are situated on Iran’s border regions, where many of its minorities live.

Iran’s Khuzestan region, where the diversion of water from the Karoun river to Esfahan province is currently causing anger, is situated on Iran's border with Iraq. This is the province where the majority of Iran’s Arabs live. The lack of investment from Tehran, discrimination and foreign intervention over the years have sparked secessionist movements among some of the Iranian Arabs there. The current water-allocation dispute could provide such cessationist movements with a new battle cry and justification for further recruitment, demonstrations and even clashes.

Iran’s Sistan and Baluchistan province, which borders Pakistan, is another area which is badly suffering from a lack of water. The Hamoun lake, one of its major sources of water, is drying up. This province is where Iran’s Sunni Baluch minority live. Sistan and Baluchistan province an already unstable area where local Sunni militants have used the battle cry of discrimination against Sunnis to launch fierce attacks against security forces and civilians. Fourteen Iranian border guards were killed in a recent attack, and in retaliation, the regime executed 16 “rebels.” The current drought there has already put 15,000 fisherman in one of Iran’s most economically destitute provinces out of work. More unemployed could mean fertile ground for the recruitment of new militants. According to an Al-Monitor article by Southeast Asia expert Fatemeh Aman, water issues in this area are creating border tensions with Afghanistan as well. Al-Monitor’s Barbara Slavin and Fatemeh Aman will analyze this issue further at a panel at the Atlantic Council on Nov. 8.

There is also Iran’s Azerbaijan province, where the minority Azeris live. The disappearing lake Urumiyeh in the Western Azerbaijan province lead in 2011 to protests during which 60 people were arrested, and new protests in June 2012. The drying up of the lake, one of the world’s biggest salt lakes, could leave 10 billion tons of salt behind. Residents are worried that storms could displace the salt and destroy their livelihoods. With government damn building being one of the major causes of this threat, Iran’s Azeri secessionists could now have one more reason to call for independence and foment trouble.

The governments of President Hassan Rouhani and Mahmoud Ahmadinejad before him promised to look into this serious problem. However, to some experts, Iran’s water-scarcity problem may have crossed the point of no return.

Parviz Kardevani, known as the “father of Iran’s desert studies,” stated, “We have become like a person who owes one hundred million toman, but his wage is only one million toman. Even if his wages are doubled, he won’t be able to repay the loan.” In the same interview with the Iran Student's News Agency on July 12, Kardevani blamed excessive use of water on the expansion of agriculture, cities and industries as well abuse of Iran’s underground water resources, which are being depleted at an alarming rate.

Iran has been grappling with water scarcity for many years. There have been droughts before due to its challenging topography, with its forbidding Zagros and Alborz mountain ranges keeping the rain clouds in only a small area of the country.

However, it seems that government mismanagement and lack of planning have made the situation far worse. And as we saw in the post-election demonstrations of 2009, the danger of domestic disturbances should never be ruled out in Iran.

When you increasingly lack something as vital as water, add that to existing anger against government and compound the issue with regional identity politics, such a scenario only becomes more realistic.