The US-Russia agreement on Syria’s chemical weapons, a possible nuclear deal with Iran, and Israeli-Palestinian peace talks are all signs that the Obama administration may be charting a new course in the region. 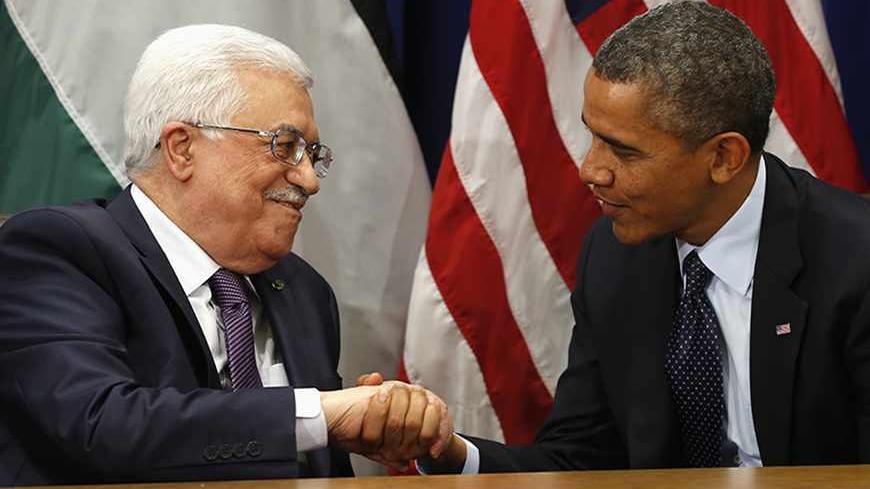 There is nothing in the resumé of President Barack Obama to suggest that he considers himself a strategic thinker when it comes to foreign affairs. Unlike President Nixon and his policy muse Henry Kissinger, or even Jimmy Carter who brokered the strategic partnership between Israel and Egypt, Obama has yet to evince much interest in remaking the world. Foreign affairs under his watch has been more about disengaging — from Iraq and Afghanistan in particular — than in grandiose designs for a new world order.

However, in the Middle East Obama may be drawn into a becoming a key and enthusiastic architect in the region's strategic transformation. After years of thinking small, tinkering without great impact at the margins of Middle East affairs, he may well find himself today in history's sweet spot — well-placed to be “present at the creation” of a new regional strategic agenda.

Thinking big can be contagious. What began as an all but unintentional, successful effort to destroy Syria's chemical weapons arsenal has already created an atmosphere supportive of re-engagement with Iran. A resolution of Israel's key territorial differences with the Palestinians, Arabs and Muslims would also be well-served by progress on these fronts.

Obama's disinterest in Syria and his ambivalence about the country's future beyond an aspiration to end the Assad regime are history. The Geneva framework that is evolving in the wake of the successful decommissioning of Damascus' chemical weapons arsenal does not offer simple solutions, but the prospect of a resolution is greater because of the record of successful US-Russian-Iranian cooperation on this file.

Now deeply engaged in solving the Syrian war, Washington, with the support of its European allies, has begun to engage Iran in a process which, if successful, would result in US recognition of the legitimacy of basic Iranian security concerns in the region … and vice versa. This is the core challenge facing all the parties and its resolution will transform relations not only between Iran and the West, but also among antagonists throughout the region. The burdens and the opportunities will not only be Washington's. Imagine what changes will be required in the “axis of resistance” in an environment conditioned by a deal on Syria and a diplomatic path to Iran's economic and strategic cooperation with the West.

The long and rocky road to this destination has only just begun. To suggest that it will be easy or that a rosy future is all but ordained would be myopic. But looking forward by looking forward is a far better prescription than looking backward to the future. Obama has already opened that important door.

Iran and a resolution of the conflict between Israel and everyone else in the region have long been understood as separate, non-intersecting issues. Yet today there is energy in the step of some NSC officials who are looking more confidently toward the region's future. In large part, this is a consequence of Washington's growing comfort and confidence in thinking big.

There are tentative signs that Secretary of State John Kerry is patiently allowing Israelis and Palestinians to prove once again that without a guiding hand —  and perhaps even with one — they are incapable to coming to an agreement. For the first time in years, Washington, propelled by the certainty of failure if it does not act, and encouraged by the extraordinary momentum of change in the region, may be beginning to draw a US picture of an Israeli-Palestine peace agreement. Kerry himself has already spoken of US “bridging” proposals. There is not a bridge long or strong enough to span the gaping chasm between the parties. An American superhighway, with on-ramps for Iran and the Arabs — well, that's another thing entirely. It is in this spirit that Haaretz, sourcing Israeli Knesset member Zahavia Gal-On, reported, “The Obama administration plans to achieve a diplomatic breakthrough at the beginning of 2014.”  According to Gal-On, “The Americans want to move from coordinating between the two sides to a phase of active intervention. This coming January, they will present a new diplomatic plan that will include all the core issues and will be based on the 1967 lines, with agreed-on land swaps. The plan will include a gradual timetable for implementation and will also address the dimension of regional peace based on the Arab Peace Initiative. It will also include an economic plan to invest billions in the Palestinian economy.”

As part of the Annapolis process begun in 2005, Gen. Jim Jones was tasked with “flying at 50,000 feet” to devise an American assessment of the overall security needs of Israel and the state of Palestine. That effort was short-circuited — somehow redirected into thinking small — making the overgrown village of Jenin an economic and security showcase, an effort that came up short on both counts. Today Obama has tasked Gen. John Allen to think big about mutual security — a key if understated part of the Kerry effort. The prospect of an agreement with Iran establishes an entirely new environment for defining the security challenges on Israel's “Eastern Front.” Netanyahu's statements on Israel's expansive security demands in the Jordan Valley can be traced to concern that Allen may be devising a made-in-America joint security framework in which Israeli and Palestinian security are enhanced by withdrawal of Israeli forces from territories beyond its eastern border.

The US is vital to all of these processes, but the United States under Obama is an unlikely hegemon. As Syria's disarmament indicates, even leading from behind can sometimes work. Russia is playing an important and decisive role in Syria. But also on Israel-Palestine issues, President Vladimir Putin appears to be interested in shaking up the existing aid and diplomatic framework that has failed to challenge occupation. By aspiring to a more active role built upon progress in Syria and even Iran, Russia may offer yet another rationale for a more active US intervention in defining the parameters of a final status agreement.

To understand the advantages of agreements on Iran, Syria and Palestine is not at all the same thing as mobilizing the energy and will to devise and implement successful polices. Yet it is a small victory in the blood-soaked history of the region even to consider the prospect of regional detente. Thinking big offers the prospect of even larger dividends.