For France, Arak is a deal killer

The French government is right to demand limits on the Arak heavy water reactor, as Iran is right to insist on sanctions relief, if both sides seek to build confidence. 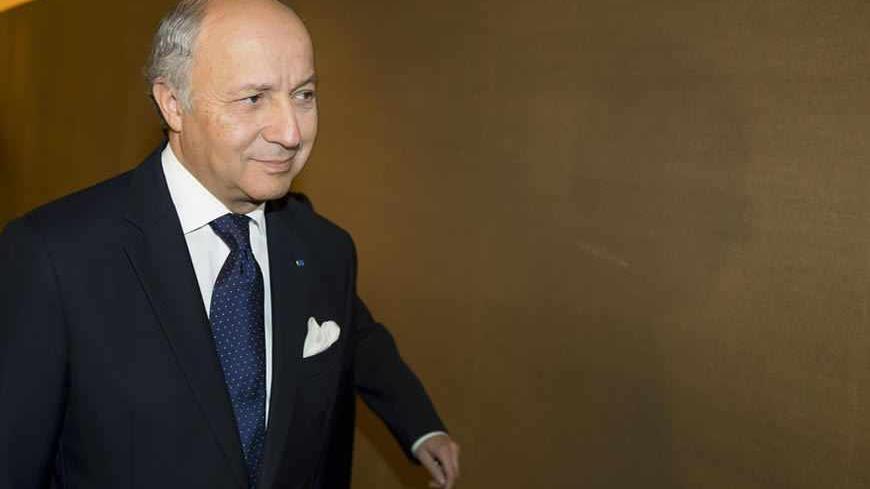 French Foreign Minister Laurent Fabius makes his way to a meeting during the third day of closed-door nuclear talks at the Intercontinental Hotel in Geneva, Nov. 9, 2013. - REUTERS/Jean-Christophe Bott

As important as trying to reach a negotiated settlement with Iran is, it is as important if not more important that such a deal creates confidence on both sides.

Building the Arak heavy water reactor, which could produce plutonium to make a bomb while the talks continue, fails to create confidence; it does the opposite. It creates the impression that Iran is interested in maintaining the option of making a bomb, if and when it decides to do so while the talks are taking place. What reinforces concern and urgency regarding Arak is that the Iranian regime has not allowed the International Atomic Energy Agency (IAEA) to visit the site since 2011. The IAEA has since had to rely on satellite images to assess developments regarding the site.

But is this the only reason why the French insisted on taking a tougher line against Iran? Absolutely not. As usual, there is always politics involved in the background, which is bound to have colored France’s decision-making.

During the era of the reformist President Mohammad Khatami, France and Iran had relatively good relations. Khatami, in fact, visited Paris in 1999. Furthermore, new Iranian President Hassan Rouhani, as Iran’s chief nuclear negotiator from 2003 to 2005, secured an agreement with France, the United Kingdom and Germany. According to this agreement, Iran suspended uranium enrichment in exchange for promises of trade talks.

However, a lot has happened since then.

First was French President Nicolas Sarkozy’s request in 2007 to meet with Iranian Supreme Leader Ayatollah Ali Khamenei. According to Ali Akbar Velayati — Khamenei’s chief foreign policy adviser — Sarkozy had stated, “Your nation is a great nation, and I would like to meet the leader of this great nation and shake his hand.” According to Velayati, Sarkozy also wanted to mediate in the dispute between Iran and the West.

Not only was this request turned down, Sarkozy was then publicly insulted by Iranian President Mahmoud Ahmadinejad, who called him “young and inexperienced.” It should be noted that Ahmadinejad himself is younger than Sarkozy. According to the French daily Le Monde quoting anonymous diplomats, Ahmadinejad's letter to Sarkozy contained "veiled threats." Ahmadinejad’s behavior also embarrassed Velayati who then went on to pen an op-ed in the French daily in which he tried to sideline Ahmadinejad.

This is in addition to a statement by the British ambassador to Afghanistan in 2008 that Iran was supplying weapons to the Taliban. At the same time, a Taliban commander confirmed that Iran was supplying weapons, especially mines which had “revolutionized the Taliban's ability to target NATO soldiers deployed in his area.” France is part of the NATO forces operating in Afghanistan, and has lost more than 80 soldiers and at least 750 injured in operations inside the country. Iran supplying weapons to the Taliban to kill French soldiers after Sarkozy had tried to meet with Khamenei is likely to have gone down very badly in Paris.

Relations between the two sides got worse after the arrest of Clotilde Reiss, a then 23-year-old French teaching assistant who was arrested during the 2009 postelection demonstrations in Iran. According to The Guardian, she was accused of being a spy because she had attended a demonstration and sent photos from the demonstration to her contacts back home.  The French government vehemently denied the espionage  charge, and Sarkozy became directly involved in her case. Reiss' public trial broadcast on Iranian TV apparently infuriated senior French officials, thus pushing France away from Iran even more. She was released in May 2010.

There is also the Israeli angle. Thanks to Iran’s actions that drove France away, Israel has found a country in the P5+1 which is taking a tougher line than everyone else, especially the United States. This is important for the Israeli government, as the impression among Israeli Prime Minister Benjamin Netanyahu supporters seems to be that US President Barack Obama is so “desperate” to reach a deal with the Iranians that he is willing to accept almost any price.

Despite the closeness, France is not acting on Israel’s behalf. Its taking a tougher line because for now it also serves its own interests, which are mostly related to France’s own problems with Iran that peaked during Ahmadinejad’s era. Such interests have created a temporary common interest with Israel — temporary, because important gaps remain in the position of both countries with regard to Iran’s nuclear program.

Most important among them is the fact that the Israeli government wants zero enrichment while the French government does not seem to have such a policy as its goal. At the same time, there is still a significant gap between France and Israel in other areas including Israel’s controversial settlement building plans. In a recent incident, a French diplomat went as far as punching an Israeli soldier. Therefore, although both Israel and France have a common interest, if the talks with Iran progress and reach a new stage, the French position is likely to divert from that of Netanyahu’s zero enrichment policy.

Despite the delay France has created in the talks, its demand for a halt of construction of Arak are fair and logical. Iran believes that imposing new sanctions during talks undermines them and hurts confidence, so does building of a reactor which could produce bomb-making plutonium.