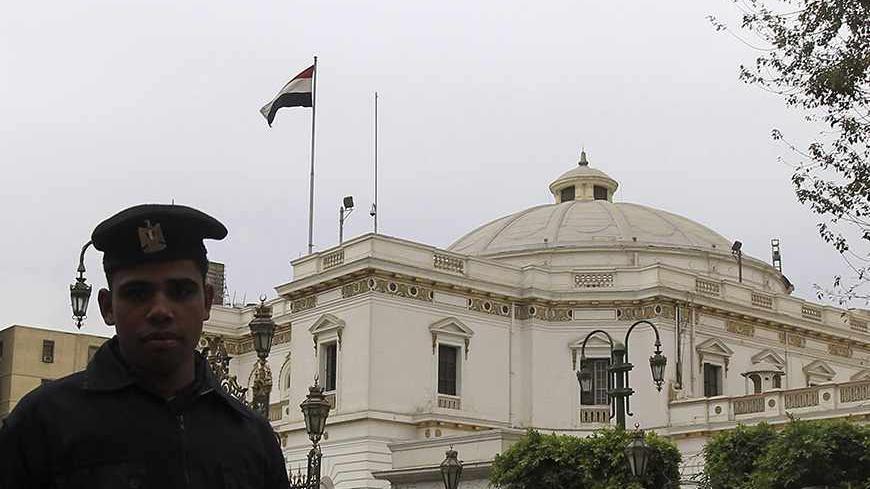 Egyptians only have a few months left before they will take to the polls to select their parliamentary candidates. Parliamentary elections are scheduled for the beginning of next year, as announced by Foreign Minister Nabil Fahmi on Nov. 8.

Political parties are preparing to participate in the elections by forming alliances that ensure they win the highest possible number of parliamentary seats.

The parties of the National Salvation Front (NSF) are holding internal discussions to form alliances for the upcoming parliamentary elections. The discussions could result in all NSF parties joining a single alliance, or it could lead to the formation of multiple alliances — some comprising of just NSF parties and others of NSF and non-NSF parties — according to Farid Zahran, vice president of the Egyptian National Democratic Party, speaking to Al-Monitor.

The NSF includes a variety of political parties and movements. The most prominent NSF parties are the National Democratic Party, which espouses the principle of social democracy; the Dostour Party, founded by Mohamed ElBaradei; the Wafd Party, headed by El-Sayed al-Badawi; the Socialist Popular Alliance Party; the Popular Current, led by former presidential candidate Hamdeen Sabahi; and the Egyptian Conference Party, founded by Amr Moussa, who is affiliated with the regime of former President Hosni Mubarak.

Abdel Ghafar Shukr, chairman of the Socialist Popular Alliance Party, told Al-Monitor that the party is currently discussing forming alliances with political parties that defend social justice issues such as the Arab Democratic Nasserist Party, the Al-Karama Party, the Popular Current and Tamarod movement. All of these parties, apart from the latter, are part of the NSF.

The media adviser for the Wafd Party, Motaz Salahuddin, affirmed to Al-Monitor that the party is not worried about running for the elections on its own, even though it has held many discussions on possible alliances. “We are a deep-rooted party and have influence on the Egyptian street,” said Salahuddin.

Despite the various meetings and discussions aiming at forming political alliances, the official announcement of these alliances will not come before the committee tasked with drafting the constitution specifies whether the electoral law will adopt an individual or list system.

Zahran said that the list system was preferable in parliamentary elections, because it ensured a just representation of all parties. He noted that the adoption of an individual system would mean that the old regime — relying on money, administrative influence and tribal affiliations — has made a comeback.

Zahran explained that if the constitution specified the list system, forming alliances will not be possible. Single-affiliation parties can agree on one candidate in a given electoral zone, preventing candidates belonging to these parties from running for the elections, which allow the former to win the elections.

Majdi Karkar, the secretary-general of the Egyptian Labor Party and a member of the Anti-Coup Alliance, said in a statement to the press on Nov. 10 that the alliance will not participate in the elections, as they are the result of what he dubbed a “coup against legitimacy.” He affirmed that “this issue is settled within the alliance.”

The Anti-Coup Alliance comprises the Freedom and Justice Party (FJP), the Wasat Party, the Labor Party, the Building and Development Party and the Al-Watan Party, in addition to a number of parties affiliated with the Islamic current.

The NSF parties have proposed a new electoral law, other than the individual and list system, dubbed the “free popular choice.” According to the system, every list has its own code and every member on this list has a specific code. Voters can choose the list code if they wish to vote for all its members, one specific member code or many member codes. When voters choose the list code, every member will be granted an electoral vote. If voters choose a specific member code, the electoral vote will be granted to that chosen member specifically.

Salahuddin affirmed that the NSF members in the committee tasked with drafting the law are pressing for the adoption of the free popular choice system.

Egyptian parties formed alliances during the parliamentary elections of 2012 under different names. Some are still allies, while others are now rivals.

The Democratic Alliance for Egypt

The Islamist Bloc includes the Salafist Nour Party, the Authenticity Party and the Building and Development Party, affiliated with Gamaa Islamiya. The latter has currently joined the Anti-Coup Alliance led by the Muslim Brotherhood and has become opposed to the inclinations of the Nour Party.