Turkish Prime Minister Recep Tayyip Erdogan said NATO or any other country does not have the right to question Turkey’s decision to co-produce missiles with China. 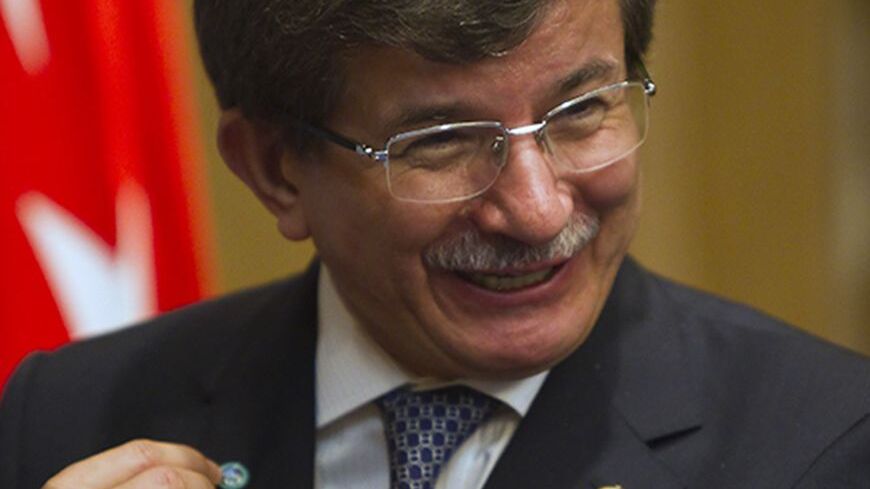 Since Turkey’s Defense Ministry announced last month that it favored a Chinese missile defense system over US and European proposals for the military’s new procurement needs, there has been an intense debate about the wisdom of this strategy.

For Turkish Prime Minister Recep Tayyip Erdogan, the decision was taken pragmatically, and is seen as fitting in with where he would like to see the country develop in the coming decades: “Because we would like to produce [these missiles] in our own country. As long as others don’t agree to cooperate with us on joint production, [China] remains in an advantageous position in this deal,” he said today, Oct. 23, carefully reminding us that there is no ink on any deal at the moment.

“There is nothing more natural for any country than to prioritize its interests,” Gul said Oct. 23. “Without a doubt, Turkey always pays attention to its relationships with its allies. If the purchase of this system gets finalized, the integration of these missiles to the already existing systems will all get sorted out. These are technical issues.  What is important is Turkey’s interests, and there are numerous technical details attached to this issue, and the related, detailed work to get to this decision has been done thoroughly. In that light, no one should try to create meanings that do not belong in this decision. Moreover, these kinds of [military equipment] also exist in other NATO member countries.”

NATO Secretary-General Anders Fogh Rasmussen objects, and argues that those technical issues cannot be underestimated, and that what it all comes down to in the end may be the compatibility of different defense technologies. “What is important for us is that the system acquired by the individual country … must be able to work and operate with the systems in other [NATO member] countries. I expect that Turkey will also comply with that,” he said on Oct. 7. “I, of course, expect that each allied nation makes sure of this. It comes with being a NATO member.”

Erdogan, however, considers this an infringement into Turkey’s sovereignty. “Our Defense Industry Secretariat is conducting the talks with China on this matter, and the statements coming out of NATO won’t determine the end result in these talks, or any other country in the same fashion,” the Turkish prime minister said. “If NATO is really that sensitive on this issue — there are so many NATO member countries now that have Russian-made weapons in their stocks. We have information on this. They have not yet been able to purify their stocks. We, on the other hand, are taking a step forward aiming at the future, and when we move forward with this, our people will take part every step of the way in all the laboratories for production, and there is nothing contradicting with [our NATO commitments.] We, in fact, recently held a joint military exercise with China. All this happened with NATO’s knowledge. But no one has the right to cast a shadow on our understanding of sovereignty.”

Where next, then? Speaking about the commitments of NATO member countries is a straightforward thing, bound with detailed technical and legal perspectives. NATO's Rasmussen seems to be raising concerns that Turkey may cross that line, and if it chose to do so, there would be consequences for that decision. Also, the US defense industry is not only withholding knowledge from Turkey, but it in principle doesn’t share technology. On both accounts, though, the Erdogan government can actually help educate people by providing more details as to why it believes it is being sidelined or isolated in technology transfer, and whether the United States shares such know-how with any of the other NATO member countries.

Turkey may also have a point in its desire to produce missiles of its own, for it lives in a neighborhood surrounded by countries like Iran and Syria, which carry missiles in their inventory that are superior to Turkey’s; Ankara governments traditionally have publicly questioned how reliable their alliance is with NATO, and always question whether the alliance would rush to its rescue as it would to other member countries of this military alliance.

In the end, though, Ankara needs to think carefully about all the pros and cons of this decision, should it choose to go forward with it. The Erdogan government may choose to bolster the country’s Islamic identity, but Turkey’s NATO membership remains key to keep it anchored within the Western alliance. If Turkey is using this announcement as a tactic to better its hand in a real deal with the United States or European firms, it may be a smart one.

But this may turn out to be a not-so-wise tactic while the issue becomes so publicized, and there have been so many statements from high levels that it may be difficult to take steps back, meaning that Turkey could end up stuck with the Chinese deal. And if that becomes the case, one can only hope that Turkey really wanted this deal from the beginning, and that it calculated this strategic shift well and was truly aware of its potential repercussions.