Turkey’s silent diplomacy yielded results on Oct.19, when it rescued the two Turkish Airlines pilots kidnapped in Beirut on Aug. 9. 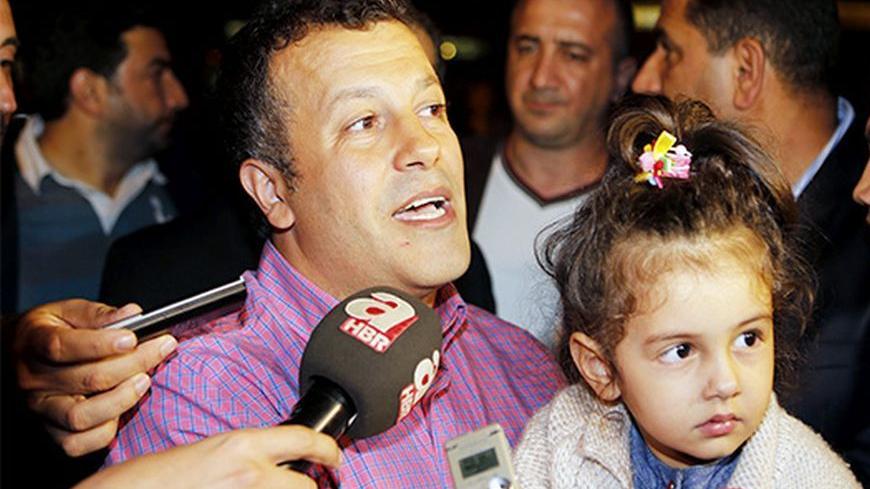 On Oct. 19, the 71-day captivity of two Turkish Airlines pilots came to an end. Murat Agca and Murat Akpinar were kidnapped in Beirut on Aug. 9 by people who aimed to prod Turkey to increase its efforts for the rescue of nine Lebanese pilgrims, who had been kidnapped in Syria in May 2012. After a complicated negotiation process, a swap deal was made possible, also because of the Syrian regime's cooperation as it agreed to free some female prisoners.

Turkish Prime Minister Recep Tayyip Erdogan welcomed the two pilots home on Istanbul Ataturk Airport's tarmac, posing for a happy photo with their families. Turkish Foreign Minister Ahmet Davutoglu tweeted, as Agca and Akpinar were on their way to Turkey: “The success of this process, which our prime minister led, once again proves Turkey's regional importance.”

Turkey is certainly an important country in the region, and it is only good news that these pilots have returned safely to their loved ones. But it is nonsensical to use this moment to prove the righteousness of the Erdogan-Davutoglu policies in Syria, as the opposition to Turkey’s Syria policy vehemently argues now that if Turkey were to be so right about its role in the region, these pilots would not have been kidnapped in the first place. Counterarguments subsequently arise, claiming that there is always a price to pay for big powers. This vicious cycle may become too poisonous to add any value to the real debate about Turkey’s standing in the region.

It may be a wiser choice to simply celebrate the safe return of these Turkish pilots and keep this issue from becoming a domestic matter. After all, there is an undeniable truth that the kidnappings of Turkish citizens were not an issue in the region two or three years ago. It is now a problem. However, Turkey’s ambassador to Beirut, Inan Ozyildiz, is hopeful that this will help improve the security concerns of Turkish citizens in Lebanon.

“When I consider the issue as Turkey’s ambassador [in Lebanon], it is possible to say that the rescue of the Turkish pilots and the nine Lebanese pilgrims in Azaz is going to help advance the security situation here in Lebanon for us. But the larger security challenges need to be looked at in-depth, as there are other factors that add to the challenges,” Ozyildiz told Al-Monitor in a telephone interview. “These people were directly targeting us, and now the reason for that is no longer relevant. Inshallah, Lebanon will become safer for Turkish citizens in the future,” he added.

Ozyildiz stressed that he had little knowledge of the details and the behind-the-scenes negotiations that made this complicated swap deal possible. It was like a scene from a movie, when on Saturday the news broke of first the Lebanese pilgrims' release, followed by the release of the Turkish pilots. Those moments must have been quite emotional for the families of all those rescued that night.

Ozyildiz, however, noted that this was not the first time that Turkish citizens had been targeted in Lebanon as a result of those nine pilgrims kidnapped in Syria. He recalled Aydin Tufan Tekin, a Turkish businessman, who was kidnapped on Aug. 15, 2012, followed two days later by the abduction of another Turkish citizen, Abdulbasit Aslan. Tekin was released on Sept. 11, 2012, and Arslan's release followed a week later.

“As an ambassador what matters to me is that we really did what we could to help rescue those nine Lebanese pilgrims. But the Lebanese here clearly linked the kidnapping of the Turkish pilots to those Lebanese pilgrims kidnapped in Syria,” Ozyildiz said. “Despite all our efforts to keep these two issues separate, it has not been possible to resist to the reality of people making such connections in their minds. The kidnapping of our pilots surely added another momentum to this dilemma. We started negotiations, when groups in Syria also demanded that the female prisoners were released. ... It’s clear now that Qatar has also helped untangle some knots during this process. We were very careful at every step of the way not to risk the pilots' lives.”

He also made it clear that the details of this operation will remain unclear, unless those higher-up or those who took direct part in this operation disclose what really happened.

On Oct. 21, a Turkish opposition paper, however, claimed that Turkey paid $150 million to the Free Syrian Army (FSA) to safely rescue the nine Lebanese pilgrims. This speculation was based on the fact that Qatar was used as a front, showing it as the dominant player in this critical negotiating process — while it was actually Turkey that did the legwork including payment of the ransom. “Is the FSA strong enough to negotiate with Turkey?” the paper questioned.

Al-Monitor’s own Jean Aziz wrote about the prisoner situation on Oct. 13, suggesting that a deal was imminent: "Qatar will cover all 'financial costs' needed to carry out the deal to release the kidnapped Lebanese citizens."

Stating that speculations will likely remain for a while longer but that it would not be worth spending time on them, Ozyildiz brought the attention to the two remaining captives in Syria — Syrian Bishops Yohanna Ibrahim and Boulos Yazigi — whom he hopes will also be rescued soon. This, to show Turkey’s humanitarian face in this region overdosed with conflict.