Israeli Prime Minister Benjamin Netanyahu's obsession with Iran was revealed during his UN General Assembly speech, which served to divert world attention from his refusal to compromise on the Palestinian issue. 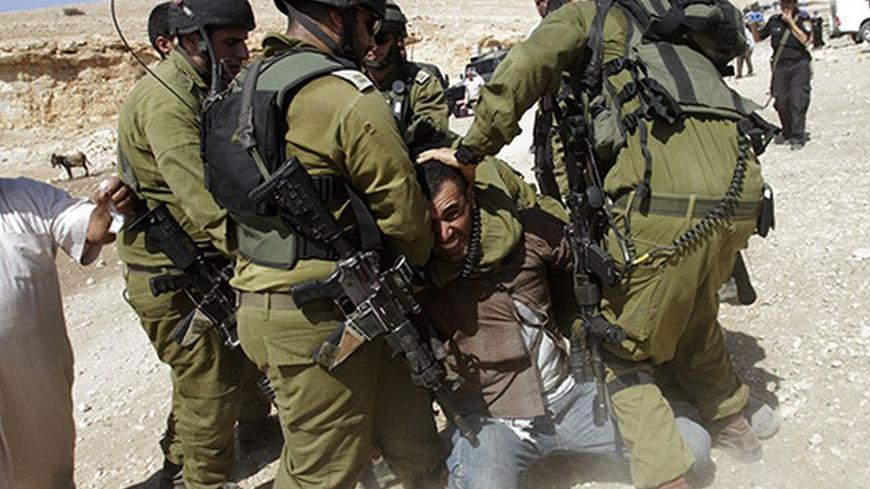 It seems that Israeli Prime Minister Benjamin Netanyahu began attacking Iran and its newly elected president, Hassan Rouhani, even before the microphone at the UN General Assembly was turned on in New York. Without a proper introduction, except for recalling millennia-old Persian-Jewish relations, the Israeli leader launched into a blistering, take-no-prisoners attack on the Islamic Republic of Iran.

A content analysis of Netanyahu’s speech brings home his obsession with Iran and Rouhani. In his 3,124-word speech, Netanyahu mentioned “Iran” or “Iranian” 70 times. The word “Rouhani,” uttered 25 times, even topped the word “Israel,” mentioned 24 times.

The Likud prime minister used multiple arguments against Iran and Rouhani. He pulled out the card about Iran’s human rights record. He referred to a 2005 quote by Rouhani about nuclear weapons capability to illustrate what he hinted at was a worldwide trick to convince the international community that the current president of Iran is anything but a moderate. He called his “favorite” Iranian president, Mahmoud Ahmadinejad, a “wolf in wolf’s clothing” while dubbing Rouhani a “wolf in sheep’s clothing.”

Netanyahu went back to the 19th century in citing a case of anti-Semitism against his grandfather, while not forgetting to give his due to Christian Zionists by recalling the prophesies of the Old Testament prophet Amos about Jews never again being uprooted.

Netanyahu’s obsession with Iran runs counter to the current US and global position, which has settled on giving the Rouhani administration the benefit of the doubt. Instead of joining his own allies in the “trust but verify” contingent, Netanyahu chose one-upmanship. The Israeli leader referred to the darling of US Republicans, the late Ronald Reagan, and then went two steps beyond the popular American president: “Three decades ago, President Ronald Reagan famously advised, ‘trust but verify.’ When it comes to Iran’s nuclear weapons program, here’s my advice: Distrust, dismantle and verify.”

The obsession was so overwhelming that he spent the bulk of his time discussing the Iranian issue, with token mentions of its relations with Arabs and the Palestinians. His speech this year was more hawkish than last year’s, although this time he refrained from using the cardboard illustration of a bomb, which drew worldwide ridicule.

A comparative word count analysis makes this point very clear. In 2012, Netanyahu used the word “Iran” or “Iranian” 55 times, 15 fewer than this year. And on the issue of peace last year, the Israeli leader used the word “peace” 11 times compared with only six times in this year’s UN speech.

On the surface, Israeli apologists might argue that the heightened emphasis on Iran is an existential issue due to the fear that Iran is on the verge of developing a nuclear bomb, an assertion the Iranians flatly reject. The new Iranian foreign minister, Mohammad Javad Zarif, mocked Netanyahu, noting that Israelis have been claiming for 22 years that Iran is six months away from developing nuclear military capabilities.

A more logical explanation is that the obsession of Israeli leaders with Iran is a clever attempt at diverting attention from the Palestinian issue, where negotiations are not moving and where his right-wing government is reluctant to make any serious concessions.

Despite Netanyahu’s claim that all six prime ministers since the Oslo Accords as well as himself are willing to make “painful concessions,” the reality on the ground is quite different. The fact that the number of settlers has doubled since the Oslo Accords were signed is the most obvious sign that Israeli leaders actions speak much louder than their own words.