Egyptian Dr. Mohamed Helmy was recognized as "Righteous Among the Nations" by the Israeli Holocaust Museum of Yad Vashem for saving Jews during the Holocaust. 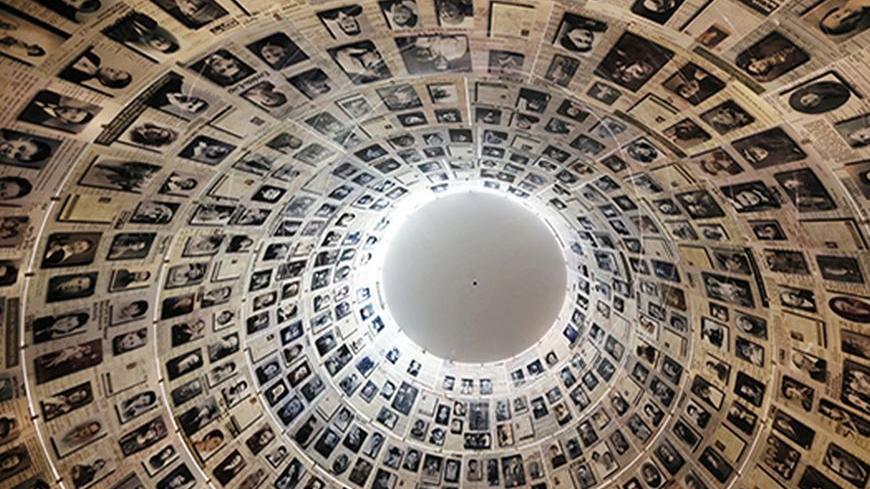 The conical ceiling of the Hall of Names is pictured at the Yad Vashem Holocaust Memorial in Jerusalem, March 22, 2013. - REUTERS/Jason Reed

Every delay is for the best, says the Arab proverb, but Egyptian Dr. Mohamed Helmy would have likely been happy to have been recognized as "Righteous Among the Nations" in his lifetime. Helmy died 31 years ago, and only recently — thanks to documents found in an archive in Germany — was it revealed how he saved Jews during World War II. Perhaps there's comfort in the belated revelation. Helmy is the first and only Arab who has received this recognition so far.

Coincidentally, this recognition comes 40 years after the October 1973 War and at a time when the cooperation between the Israeli and Egyptian governments is growing stronger. The recognition of the good doctor, even for deeds that occurred in a different reality, provides a warm note for the relations between the two neighbors.

Helmy was born in Khartoum, Sudan, to Egyptian parents in 1901. When he was 21, he traveled to Germany to study medicine. At the end of his studies, he settled in Berlin. He personally experienced the Nazi regime's tyranny, even before the outbreak of World War II. Because of his background and his criticism of the Nazis he was fired from the public hospital where he worked and prohibited from marrying his German fiancee. For the Gestapo, he was a “marked” man.

With the beginning of the deportation of Berlin’s Jews to the concentration camps, a Jewish acquaintance asked him to shelter her at his home. This was Anna Boros, a 21-year-old patient whose family was friendly with him. Helmy sheltered her at a cabin he owned in Berlin from March 1942 until the end of the war. Along with her, he hid her mother Julia and her second husband George Wehr, and her grandmother, Cecille Rudnik. When the Wehr couple was captured and revealed the name of their protector, Helmy moved young Anna and her grandmother to the home of his friend, Frieda Szturmann. When they needed it, he provided them with medicine and medical care. When the gestapo interrogated him, he did not expose the people he sheltered.

Anna Boros (second from left) during her visit to Berlin with her daughter Carla (far left). Dr. Helmy and his wife Emmi (right), 1969 (courtesy Yad Veshim)

At the end of the war, Helmy stayed in Germany, and he lived there until he died. Anna Boros immigrated to the United States, married and from there, with her husband, she wrote about the story of her rescue to the German government. Along with the doctor, Frieda Szturmann was also declared a Righteous Among the Nations — also after her death.

Anna died 27 years ago, but her daughter, Carla Gutman Greenspan, remembers well what her mother told her about the Egyptian doctor. “I know that he and his wife had passed away, and they never had any children.” After being informed of [the Israeli Holocaust Museum] Yad Vashem's recognition of Helmy’s deeds, she recounted, “If it weren't for Dr. Helmy, I would not be here today, as well as my two brothers, Charlie and Fred. Between the three of us, we have seven children.”

The Yad Vashem's chairman, Avner Shalev, explains why almost seven decades have passed before this story was revealed. “The rescue of Jews took place in secret, and so the information mostly exists in people’s memory,” he told Al-Monitor. “Sometimes there’s evidence in archival documentation as well. In this instance, a researcher found a document in an archive in Berlin and transferred it to us. They [the survivors] did not approach Yad Vashem themselves, because they figured that if the rescuer and his wife passed away, there’s no reason to let us know of the story. That’s why he’s remained anonymous until today,” Shalev said.

The recognition of the doctor garnered much interest in Cairo and was widely reported in the media. “This is a true Egyptian,” wrote Hanan Mustafa, a student at Cairo University, on the website of the Al-Masry al-Youm newspaper. There were also denunciations of Helmy’s actions or doubts over the existence of the Holocaust, but these were the minority. The Egyptian government has begun searching for the doctor’s relatives, if there are any. “In his noble deed Dr. Helmy acted according to the values of justice, compassion and equality which the Egyptian people have always believed in,” wrote the official representative of the Egyptian Embassy in Tel Aviv, Moustafa el-Kouny, to Shalev.

The Commission for the Designation of the Righteous Among the Nations has granted the distinction to 25,000 men and women, mostly Polish (6,400) and Dutch (5,200). Among them are 88 non-Arab Muslims, most of them Albanian. The commission is an autonomous body whose members are volunteers, headed by a retired high court justice (today, Jacob Turkel). It acts by the decree of the Yad Vashem law, which orders the granting of honorary citizenship and the commemoration of non-Jews who risked their lives to save Jews. The recognition includes a certificate and a medal, and etching the name on the Wall of Honor in the Garden of the Righteous in Jerusalem. Those who live in Israel are entitled to a monthly national insurance stipend.

While Helmy was the first Arab recognized as a Righteous Among the Nations, he was not the only Arab who helped Jews in World War II. Many testimonials have been gathered from Jews from Tunisia, Algeria and Libya, about instances of rescue and aid on the part of their neighbors. One of the notable cases was Khaled Abd al-Wahab, who sheltered — at an agricultural farm he owned — about 25 Jewish members of the Buchris and Uzan families, residents of the coastal town of Mahdia in Tunisia. Wahab, one of the community's local leaders, was the son of Hassan Husni, a noted scholar and former minister. He arrived in the middle of the night at a factory in the town where the group was hiding, after he heard from one of the Nazi officers that he was plotting to raid the hiding place and take the prettiest of the family’s women, Odette Buchris, for himself. For four months — until the arrival of the British army — Wahab hid them at the farm outside of Mahdia, while the Nazis controlled the area and considered him a friend.

Annie Buchris, Odette’s daughter, who was 11 at the time of the war, testified to Wahab’s deeds. It is described in detail in the book by US scholar Robert Satloff, Among The Righteous: Lost Stories from the Holocaust's Long Reach into Arab Lands, which was published in Hebrew by the Dvir Publishing House. Satloff warmly recommended recognizing the Tunisian aristocrat as a Righteous Among the Nations, but his suggestion was declined. Wahab acted nobly, Yad Vashem agreed, but it has not been proven that he risked his life.

“The fact that an Arab got this recognition has symbolic importance in my view,” concluded Shalev. “Whoever thinks that there’s a grain of political calculation in the application of the criteria for the recognition of a person as a Righteous Among the Nations now gets renewed validation that the commission examines only the deeds of the person, and is free of any external consideration,” Shalev added.