Crimes With a View In Istanbul Neighborhood

Gulsuyu, a run-down Istanbul neighborhood with spectacular views and rampant crime, was neglected by the authorities until a recent murder. 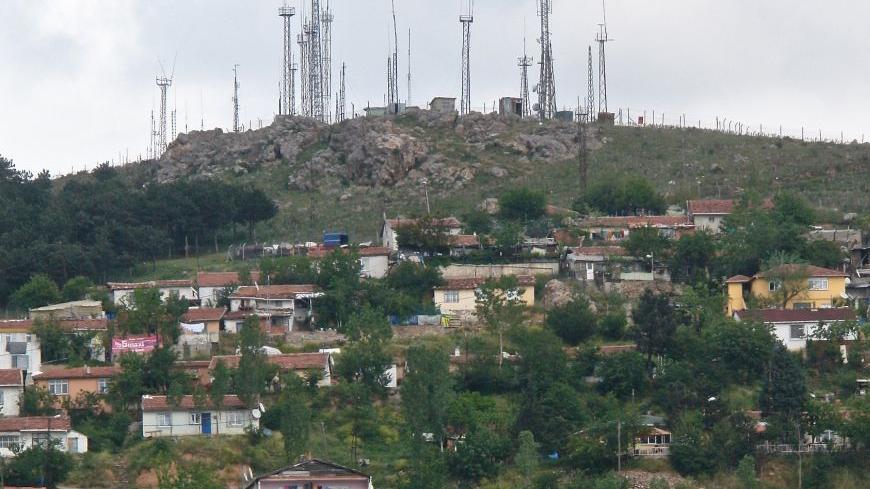 Part of the suddenly newsworthy Istanbul community of Gulsuyu is seen on May 5, 2008. - Wikipedia/dysturb

The name Gülsuyu means “rosewater” in Turkish, but there is nothing particularly rosy about the view up from the bottom of the hills on which this suddenly newsworthy shantytown of Istanbul’s Asian side stands. Nor are the reasons for the place’s newfound fame a cause for celebration.

But a steep climb through mostly four- and five-story apartment buildings that all look either prematurely aged in their graying façades or somewhat naked in plain brick and mortar takes you to a rather special neighborhood.

There, at the top, as soon as you turn around to look down, the hazy silhouette of the Princes’ Islands that seem to float in the pearly blue waters of the Marmara Sea holds you spellbound for a brief moment. Then, you realize that the place is teeming with the promise of a better life and, paradoxically, this could explain why crime has not been the exception but the rule here.

Not that outsiders cared. Not until a couple of weeks ago when the locals of Gülsuyu decided to raise their voices, that is.

On Sept. 29, several dozen Gülsuyu residents of all ages and both genders gathered to protest what had been giving them sleepless nights for months. Those among them who belonged to what was vaguely described as “leftist groups” by the media, read a statement protesting the presence of drug gangs in their neighborhood and that the police turn a blind eye to the gangs’ activities.

As if in a hurry to prove the words of that statement, the gangs soon showed up at the scene and opened fire on the crowd, wounding several residents and killing Hasan Ferit Gedik, 21. He was not a resident of the neighborhood but was a member of an Alawite family, three generations of which live in the area.

The police were nowhere to be seen – an absence that surprised no one.

Police were also absent on Aug. 6, when nine members of the Socialist Party of the Oppressed (ESP) — all  Gülsuyu residents – were shot in the legs in three armed attacks. Police were missing, too, when the attacker — whose identity and affiliation with the drug gang are known to everyone in the neighborhood — caught an ESP activist who protested the shootings, put a gun to his head and made him crawl on the street for about a hundred yards.

A tally published Oct. 4 by the daily Hürriyet lists fourteen criminal incidents, including shootings, stabbings, armed raids and racketeering that somehow stayed below the police radar during the first nine months of 2013 in Gülsuyu.

Since the Gedik murder brought the neighborhood into focus for the rest of Istanbul and the country, however, the story that has been emerging seems less and less about the clashing political interests of leftist activists and drug pushers.

With a population at 14 million and growing, Istanbul is continuously expanding to make room for its large and increasingly suburban middle class that now demands a share in the city’s extraordinary panorama. There is quick money — a whole lot of it — to be made by land developers and the always profit-hungry construction companies in driving poverty-stricken denizens out of Gülsuyu. The negligence of municipal and police authorities makes this goal only easier to achieve.

There are no recent census figures, but the population of Gülsuyu is estimated to be well over 10,000. Sabri Şakar, the muhtar, or leader, of adjacent Gülensu (“laughing water” in Turkish) that has practically become part and parcel of Gülsuyu over the years, says the entire neighborhood has 4,000 households.

For Şakar, the motives behind the shootings are clear. “The price of our land has gone up due to construction work in the surrounding areas. Like most of our dwellers, I, too, believe rent seekers are behind the gangs. We don’t want our kids to become drug addicts. And they want to push us out.”

Mustafa Zengin, the mayor of Maltepe — the district that includes Gülsuyu and Gülensu — and a member of the main opposition Republican People’s Party (CHP), disagrees.

In his view, the municipality is on top of the gentrification plans and there is no link between land developers and the gangs. “We get together with the representatives of the neighborhood regularly,” he says. “We try especially hard to solve the problem of [non-existent] property deeds in Gülsuyu. We will not carry out any project that our people don’t support.”

That seems to be easier said than done, however. Just listen to Erdogan Yildiz, the president of the Gülsuyu-Gülensu Solidarity and Life Center. In a neighborhood where residents will not talk to journalists on the record for fear of being targeted by the gangs, Yildiz, who recently wrote the book Gülsuyu-Gülensu in its Own Voice, gives voice to the qualms of the place’s residents.

In an exclusive interview on Oct. 11 with the website habervesaire, Yildiz described a ghettolike neighborhood where leftist organizations, both legal and illegal, have found a solid support base.

“This is what these groups propose: Every plan will bring destruction. We built this neighborhood fighting tooth and nail. We won’t let a single brick be taken away. … We will put up our barricades and fight to the end,” said Yildiz, talking in a sympathetic but not fully supportive manner.

“The members of these organizations are uncles, nephews and sons of the residents. No one can firmly object to them. But theirs is not a realistic policy.”

What would be ideal, of course, is to enable the participation of all residents in the plans for the neighborhood’s future. But who will have the courage to speak up when armed gangs run rampant on the streets?

After Gedik was killed, his family and friends wanted to have a wake in Gülsuyu. The police did not allow it as they thought it to be way too dangerous. After days of negotiations during which Gedik’s body was kept in a nearby cemevi [Alevi house of prayer], permission for a modest commemoration ceremony was secured. Less than a week later, 40 people were detained in Gülsuyu and Gazi (a similarly leftist, Alawite and run-down neighborhood on the European side).

An official statement said the operation was launched by Istanbul’s counterterrorism police after several participants at Gedik’s funeral were identified as members of the outlawed Revolutionary People’s Liberation Party/Front (DHKP/C).

And what happened to the drug gangs? Police later announced that in a simultaneous operation conducted by the Istanbul narcotics police, 22 people assumed to be responsible for 36 separate crimes, including the murder of Gedik, had been taken to custody.

Gülsuyu is much quieter these days with police patrolling the streets 24/7 and there is even talk of plans for setting up a permanent police station. But the prevailing mood is as bitter as Yildiz reflects:

“Police operations could have been carried out long before all these crimes were committed. The 50-60 houses occupied by the gangs were already known. They could have prevented Gedik’s murder. … I think it would be fair to say that they chose not to.”