The official permit for an alcohol rehabilitation center provides a window on the illegal trade and consumption of alcohol in Iran. 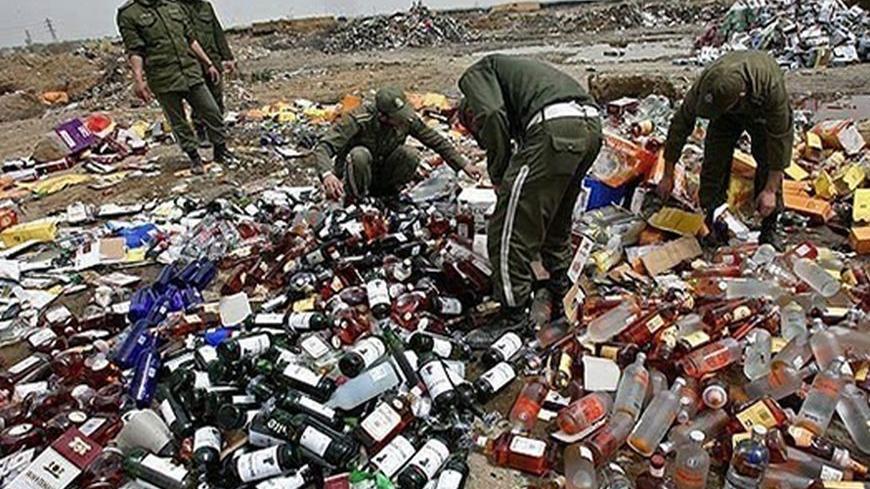 In September, a permit was issued for the establishment of Iran's very first alcohol rehabilitation center in Tehran.

Having overcome the major obstacle of establishing a center with a focus on alcohol addiction is an important step. After many years, the silence on what was commonly known by many was broken by none other than the government itself. According to Barati, the issue is grave enough for the government to break its silence.

The critical prerequisite of establishing an alcohol rehabilitation center was in seeking the clerics' blessing. While alcohol consumption is forbidden in Islam, there apparently is no fatwa regarding treatment for alcohol addiction. Iranian government officials were prompted to spring into action to get a religious permission for such treatment. The administration is now approaching the matter from a technical aspect, saying that “addiction is an illness, not a felony.”

Alcohol consumption in Iran has not only brought about addiction, but has created an underground market for sellers and saghis.

Saghi is a well-established noun in classical Persian literature — imported from Arabic — with a literal definition of “water-carrier” and a practical definition of “wine-bearer.” Nowadays, this very noun defines a profession in Iran. Saghis are glorified in poetic and popular artwork, for they are the flowing source of spirits. Moreover, they are well-paid in today’s Iran by those who seek to keep their spirits up through drinking.

Perhaps partially true or maybe just another example of a conspiracy theory, some believe that the government somehow has a role in smuggling drinks into the country, and certain people linked to the government benefit from this black market.

“The government is totally involved in smuggling booze into the country,” Maziar, a saghi and farmer, told Al-Monitor in a phone interview. Maziar is from Mazandaran in northern Iran and lives near the Caspian Sea, where a large number of Iranians — particularly from the capital — travel for leisure. Part of leisure activities there is drinking, which Maziar facilitates. He firmly believes that if the government was not involved, it would be impossible for the very large volume of alcohol to make it through.

A lot of people — sellers and consumers alike — share this theory, including former President Mahmoud Ahmadinejad. In a speech about the necessity of controlling the borders in a way that everything would have to pass through customs, Ahmadinejad said, “There are many smuggling channels, some of which are governmental companies or organizations.” He then proceeded in his crude choice of words, “Each person or place has a hole through which all their smuggling takes place. The profit of smuggling cargo into this country is so high that it would be tempting to any top-notch international smuggler, much less our own 'smuggler brothers.'" This sparked controversy and prompted an explanation from officials.

Henrik, a young Armenian-Iranian saghi, told Al-Monitor that he makes a living by buying alcoholic drinks on the black market and selling them to his customers. He said that he has been doing so for the past 3½ years.

According to the Islamic penal code — which is enforced in Iran — non-Muslim citizens may only drink in private, as otherwise they would be held accountable for public drinking. Thus, even if and when caught, they are generally let go quickly. Traditionally, a large number of manufacturers and sellers of alcohol in Iran have been Armenian: prior to the Islamic Revolution due to their apparent desire and capability, and since 1979 thanks to the wiggle room they have.

To the question whether he has ever been caught, Henrik answered, “Twice. Once, I got out of it by coughing up a really hefty bribe. The other time, I was let go as soon as law enforcement agents saw my driver’s license and believed that I’m not Muslim. Pretty easy.”

Henrik told Al-Monitor that most of his customers are regulars who often throw parties in their homes. He said he has all sorts of regular customers, from different demographics. The affluent live in mansions and some even have built-in discotheques and bars in their homes, while low-income youth and low-income middle-aged men gather in someone's home in southern Tehran to play poker and drink, usually heavily.

Niloufar, a single middle-class girl, told Al-Monitor that she spends about one-third of her income working as a dental hygienist on alcoholic drinks. She added that she rarely throws parties in her apartment since she lives with her parents, and they are conservative. So she compensates for the fact that she does not host parties by bringing alcohol to the parties she attends. She said, “Of course, it’s not like I take a bottle, though, but still, it’s something.”

"Bottle" — a term used by the younger generation of Iranian partygoers — defines serving an alcoholic drink in a bottle, and actually bringing the bottle to the table for the guests. It mostly implies hard liquor, which is scarcer and costlier. It is also a way to gloat and be considered “classy.”

Amir Reza is an accountant who often entertains and serves home-made beer. He said it never turns out as good as the Heineken cans he sometimes buys, but he really cannot afford to buy them frequently.

The days of settling for rubbing alcohol as a drink have long passed, at least for the majority of Iranian drinkers. I vividly recall that years ago — including during the Iran-Iraq war years, even during the years when some basic foods were rare — alcoholic drinks were extremely difficult to find, so people would settle for mixing rubbing alcohol with lots of water and chugging it. Some would become more creative and add lime, sugar and lemon juice, a tiny bit of saffron or some cinnamon trying to make the drink taste less harsh. And the favorite cocktail was always the mixture of alcohol and soda.

There are lots of different brands of alcoholic drinks smuggled into the country through bootlegging.

A spokesman for Tehran’s police commander said, "People would do anything for a second of joy," when talking about the high rate of accidents caused by drunken driving.

In 2011-12, Iran's law enforcement officers suspended the licenses of 829 drivers, including 43 women, who were involved or at fault in — at times fatal — car crashes, or were driving recklessly.

Drunken driving and alcohol abuse has reached a point that it is neither practical nor believable for the government to remain in denial about alcohol consumption, which has risen in recent years.

The issues stemming from alcohol abuse in Iran have become so grave that even some rather conservative religious speakers have brought it up during their lectures in mosques and religious gatherings, acknowledging the consumption itself and complaining about the excessive amount of drinking in private gatherings. One speaker said, "Even our getting wasted is not like normal human beings."