The 50-member committee for reviewing Egypt's constitutional amendments is trying to work out differences over certain key elements. 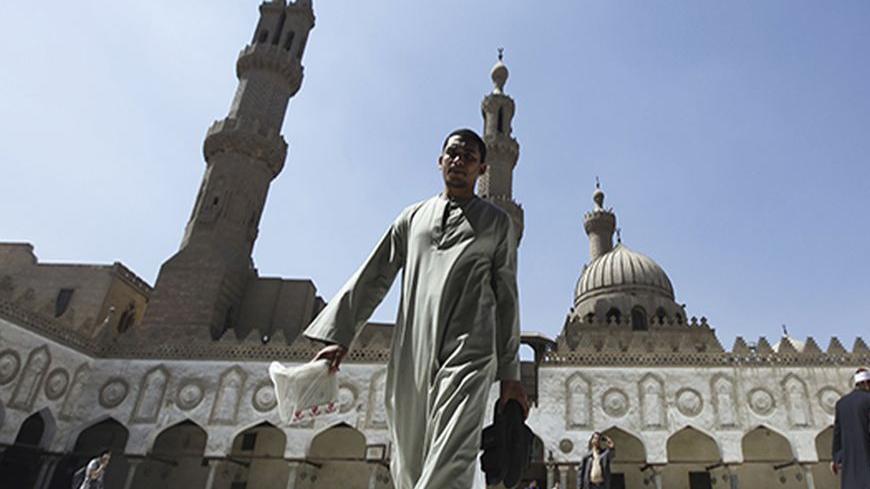 People are seen at Al-Azhar Mosque in old Cairo, April 5, 2013. The support of the religious institution has proved crucial in modifying some of the Islamist elements of Egypt's Constitution. - REUTERS/Amr Abdallah Dalsh

As was announced Oct. 1 by the committee's deputy president, Kamal al-Helbawy, the 50-member committee reviewing the draft amendment to the 2012 Egyptian Constitution enacted under the Muslim Brotherhood regime is promising to finish the job in two weeks. There is a heated debate over whether the new draft constitution will amend the Muslim Brotherhood’s tailored one or change it entirely.

Amending the Muslim Brotherhood’s constitution seems the more realistic option. As such, adopting the new draft will be the first major step in the transitional road map promised by the new regime. This is to be followed by a referendum on the amendments, parliamentary elections and, last but not least, by a presidential vote. Yet there was an intense debate over which elections to hold first between those who are inclined to adopt a presidential system and those who want a parliamentary one. It seems that the issue has been settled, and the parliamentary elections will be held first. The key issue in the debate is the place of religion in the proposed constitution after the Islamized constitution of 2012. It was not easy to get rid of the controversial Article 219, which put the interpretation of any article or the adoption of laws in the hands of the religious institution in a very broad sense, thus practically establishing an Islamist state under the control of the Muslim Brotherhood and their allies.

Al-Azhar was instrumental in getting rid of this attempt at establishing what amounts to an Islamist state. Another religion-related issue that provoked a serious debate, and on which the liberal constituency this time had to back down, was Article 3 of the Constitution. Liberals wanted to replace the specific reference to Christians and Jews concerning the legislation of personal status matters and religious affairs with the concept of "non-Muslims," suggesting the recognition and hence acceptance of other religious beliefs as having the same rights in Egypt. The latter was shot down immediately by a vast majority.

An important debate is still taking place concerning how to impose restrictions on the establishment of religious parties, something that will not be easy to settle in a clear way. Identity issues are gaining prominence in the debate, but still, the constitutional changes will have to be adopted by a majority-conservative society, though Islamists have lost a lot after this one year of experience in power.

Two other interesting issues are at the heart of the debate. One has to do with the philosophy of governance of the new post-revolution state in the fields of social and economic matters. There is the need, as many are arguing, to underline in the constitution the general priorities of the emerging regime, paying special attention to the key problems of poverty, quality of education, development and cultural issues.

Another issue that is important for many, namely constitutional specialists, is the need to avoid too many details in the proposed constitution — in other words, not to overload the new one. Instead, certain issues must be formulated in general articles that provide frameworks about how to translate these issues later on into laws.

The last, but not least, controversial issue in the proposed constitution is the one relating to the privileges of the military. Certain political forces, such as the Salvation Front, want to curb, if not get rid of, these privileges bestowed by the Constitution on the army, something that seems difficult to do in the current situation.

Regardless of this intense debate reflecting not only different priorities but sometimes different understandings of a constitution’s role in the organization and structure of a state, this ongoing debate is a very healthy sign in itself. Despite many difficulties, it demonstrates the willingness to build the ultimate framework for the new emerging state in Egypt. It is not such an easy task, but the most necessary one for a successful takeoff.