A tour that will take the Jordanian band Autostrad to Israel, as well as the occupied territories, has reignited a sensitive debate on Arab visits to Israel. 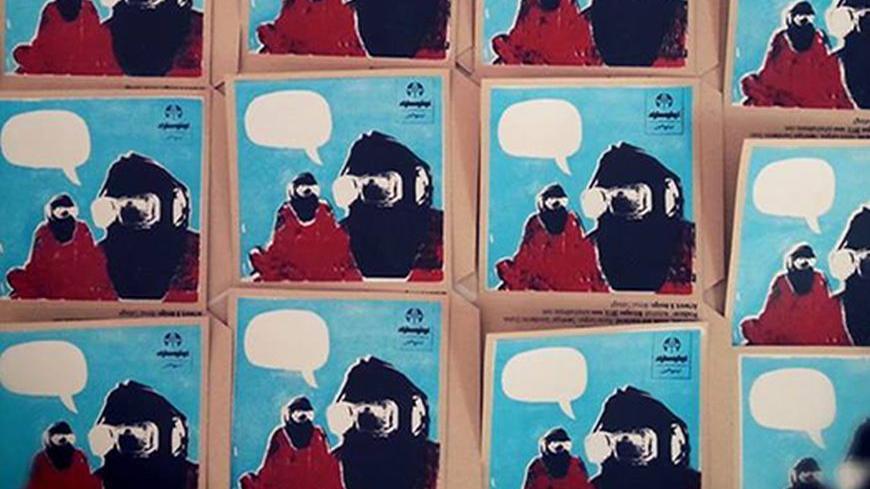 The content of the poster seems surreal. A well-known Jordanian music group lists the locations of its concerts for Oct. 5 through 12 — the Golan Heights, Nazareth, Haifa, Ramallah and Jerusalem's Old City for its last show. The decision by the highly successful Autostrad, led by Yazan Rousan, to cross the Jordan River using a visa issued by the Israeli Embassy in Amman has resulted in a backlash among its young Arab fans.

The planned tour has been met with a barrage of online and social media attacks for the band “normalizing” relations with the State of Israel. Autostrad has no publicly stated plans to interact with non-Palestinian Israelis, and the band's concerts are aimed at Palestinian citizens of Israel as well as Syrians and Palestinians living in the Golan Heights and other Arab areas occupied in 1967.

The most specific and repeated argument has been made by Budour Hassan, a Palestinian citizen of Israel, who argued that obtaining a visa from the Israeli Embassy in Jordan is a slippery slope that will make it easier for Arabs to “normalize” relations with Israel, not only to sing in front of an Arab audience. To be fair, Hassan does recognize that the issue of traveling to Israel has many points of view and feels that her criticism does not apply to Palestinians and non-Arabs holding other passports.

Video of the group at a concert in Cyprus, September 2012 (Sonia Breda)

Using the Arabic hashtag #تعالوا_بعد_التحرير (come after liberation), the critics have attacked the Jordanian group with what has become one of the harshest epithets: mutaba, or normalizer. It is unclear whether the campaign is referring to the liberation of the West Bank and Gaza or according to Hassan's definition when she wrote, “I welcome all Arab artists and pilgrims to our land once all of Palestine is liberated, Israel is dismantled, and the right of return for Palestinian refugees is implemented.”

Hamza Arnaout a member of the band told Ammannet web site that getting a visa was the only option available, adding, "We are Jordanians and Palestinians and this is the only way we have to enter our homeland Palestine and no one can stop us from doing our work."

Some, including the Palestinian Campaign for the Academic and Cultural Boycott of Israel, have publicly stated that they prefer that Arab artists and academics wishing to show support for Palestinians visit the occupied territories, using Palestinian-issued permits. Such permits, which do not require their users to visit an Israeli Embassy, are given after coordination with and approval of the Israelis. It is unclear, however, what Jordanians, such as Autostrad, should do if they wish to visit Haifa or Nazareth or even Jerusalem, none of which are accessible with a permit issued by the Ramallah-based Palestinian Authority (PA).

The issue of boycotting Israel versus boycotting Palestinians living in Israel or in Israeli-occupied Arab territories is not new. PA President Mahmoud Abbas has called on supporters of Palestine to visit Jerusalem, which requires an Israeli-issued visa, to lift spirits as well as support the local Palestinian economy. Abbas has repeatedly used the analogy that visiting a prisoner does not mean legitimizing the prison guards.

This controversial issue has caused some media reflection in Palestine. Wattan TV in Ramallah last week held a debate on the subject with the aim of illuminating the issues, but failed to come to a consensus. In the program, former minister for prisoner affairs Ashraf Ajarmi said that interactions with Israelis are a form of “national struggle” and should be regulated, not done in a chaotic way.

Since the start of the latest US-sponsored peace talks, the Palestinian government has elevated the need for interaction with Israelis. Abbas has welcomed a number of Israeli delegations, and he gave the green light for a visit by Palestinian legislators to the Knesset. That visit, which witnessed the raising of the Palestinian flag in the Israeli legislature, has yet to be reciprocated. Some Israelis have said that the Palestinians are unlikely to raise the Israeli flag in Ramallah for such a visit.

The Ramallah-based leadership has taken a concrete step toward stimulating dialogue with Israelis by creating a committee to promote it headed by Fatah Central Committee member Mohammad Madani. The committee is expected to issue guidelines for future Palestinian-Israeli dialogue, which will serve the goals of Palestinians without legitimizing the Israeli occupation. The asymmetry between Israel and the Palestinians, in Israel’s favor, is seen as one of the pitfalls of dialogue.

For Palestinians living in the occupied territories, it has been 46 years since they have had unfettered access or regular visits from their Arab brethren. For Palestinian citizens of Israel, it has been 65 years. The Oslo Accords and the Jordan-Israel peace agreement have made it possible, although fraught with difficulties, to visit historic Palestine. The heavy weight of being called a “normalizer” has kept most Arabs away, even when it might cost them the chance to visit Palestine in their lifetime.

Regulating the process in which interaction with Palestinians is legitimized without being perceived as a political “gift” to Israel requires an open mind and national consensus. A much more serious and concerted, level-headed effort is needed to help resolve this thorny issue.  At present, few are willing to take the lead in helping reach that point.