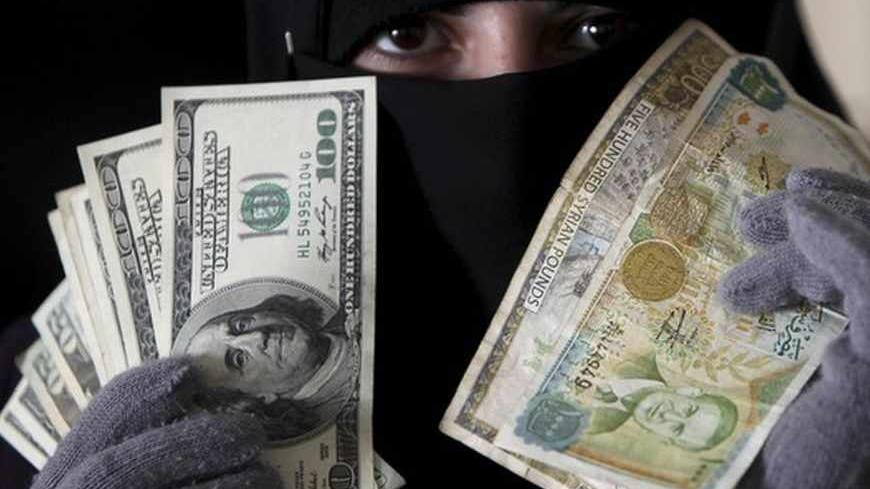 The repercussions of the Arab Spring have hit the Lebanese economy at a moment when it was already struggling, due to the absence of necessary reforms and elements of an active state, along with the effects of the Syrian crisis. The international economy was also encumbered due to the effects of the 2008 financial crisis. These repercussions exacerbated the risks and added political challenges to the existing economic and financial hardships. Now the Syrian crisis is adding more vagueness to the gloomy scene by taking the oil markets to records that have not been witnessed for some time, which will undoubtedly affect economic growth if the status quo stays the same and the dust does not settle. Nothing can harm the economy more than uncertain periods, leading it toward inflation and recession.

Whether or not it is carried out, the potential strike on Syria will deeply impact the Arab and international economies. Certainly, the effects vary between both cases. The military option is still possible, yet not in the near future after the matter was referred to the United Nations. The latter is striving to issue a resolution that brings rival parties to an agreement, goes beyond vetoes and puts Syria’s chemical weapons under international control. Everything that was said and shown on television channels about the possibility of a military operation, in addition to the expectations and counter-expectations, has increased risks in the Middle East, the region that enjoys the world’s largest strategic oil reserves. Herein lies the essence of the issue.

International markets will not be affected if the production of Syrian crude oil — which does not amount to more than 0.4% of international production — is impeded or stopped. They will, however, suffer from the repercussions of the Syrian crisis on the region and its effects on key countries of the conflict, especially since it seems the latter are likely to be completely engaged in this conflict. Foremost among these countries is Iran. We have already mentioned this several times before: The conflict is mainly with Iran. The repercussions of the crisis will be limited to the military and economic response of Iran. The possibility that Iran could shut down the Strait of Hormuz increases oil prices every time crises in the Middle East escalate toward military confrontation.

The market basics are worsening the situation, pushing crude prices toward an increase and impeding the international growth cycle. The demand market is in crisis. Iraqi oil production did not reach the expected levels, i.e., 10 million barrels per day. Libya’s production has dramatically fallen to as little as 10% of its maximum capacity, due to the severe political crisis that is threatening the country's stability. Even Nigeria is going through a harsh oil crisis since its production is being methodically stolen. Furthermore, the turmoil in Egypt that is threatening the Suez Canal’s shipping traffic is an additional factor pressuring prices, including insurance contracts.

In this regard, containing the effects of these factors escalating toward an increase in oil prices is possible if it were feasible to rely on the surplus and production capacity of Saudi Arabia to flood the market and decrease prices, as was done in the past. The economic effects of the crisis were contained, especially those related to the conflict with Iran.

Currently, Saudi Arabia is facing other sorts of challenges that are related to Arab revolutions. The rest of the Gulf Cooperation Council (GCC) countries are following its lead to keep oil prices high in order to fund any potential confrontation with Iran that is taking on a Sunni-Shiite dimension spreading in most of the Levant and Gulf region. This approach is most importantly adopted to fund the societal expenditure of the working and middle classes to please them so as not to be affected by the scenes of revolution in the rest of the Arab world.

The increase in oil prices is the last thing the international economy needs. Developing economies serve as a leverage for economic growth in today’s world, on top of which are the BRIC countries. During the G-20 summit that took place last week, China warned of the effects an increase in oil prices would have on the economy.

Any price increase might affect the cost and level of production and obstruct the commercial exchange between countries, as well as inhibit growth. The minister of oil in the Indian government declared, on the country’s behalf, its decision to lower its oil imports. Many other countries might follow in India’s footsteps, especially those that still support crude oil prices in the framework of export-promoting policies. By doing so, they are hoping to protect their currency from deterioration and to control inflation.

On the other hand, the Lebanese economy — which is already suffering from structural problems not limited to the high production cost, the commercial balance deficit and various other impediments, including increasing public debt, a budget deficit, rampant corruption and the political deadlock — does not need the repercussions of a possible military strike of this sort. Perhaps the worst part of this strike is its probability, as it has neither been dismissed nor implemented. It is a strike struggling between indecision and hesitation, both of which are harmful to the economy.