Often overshadowed by neighboring Syria’s bloody civil conflict, the dire situation of the Lebanese economy appears more dismal than ever. 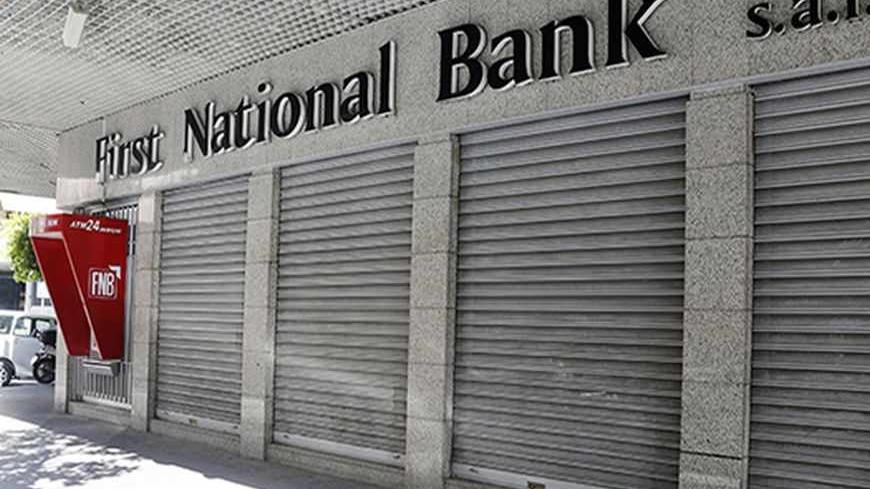 Many reports and indicators have lately come to light about the state of Lebanon’s economy. They have all pointed to deterioration occurring in public finances, as well as various production sectors, and reflected the seriousness of the economic situation. Meanwhile, no one at the cabinet or state level seems to be giving the matter any attention or warning about its repercussions. These reports and publications also have not, unfortunately, been given import in the media. Front pages and headlines solely focus on the main event of the day, namely the Syrian crisis, in all its dramatic chapters. Yet, the situation is so dire as to merit thorough discussion, in addition to quick and assertive decisions.

The latest of these reports was one published by the rating agency Business Monitor International, which ranked Lebanon 112th among 159 countries worldwide and 12th among 20 Arab countries, in the level of risk engendered by its political and economic situations. This ranking came to prove the fragility of the country’s political situation, the states’ waning ability to perform its essential functions, the prevalence of corruption in state institutions, and the decreased ability of the economy to maintain growth without an increase in inflation levels.

This situation was further confirmed by the Finance Ministry’s figures concerning the budgetary situation in the first six months of the year, whereby they showed, compared with last year, a 67% increase in the deficit, which reached $1.89 billion. The new development in the matter was the sharp decline in the primary surplus, which shrank 98% when compared to last year.

This indicated that the higher deficit was not due to an increase in public debt levels, as is commonly thought, but was primarily the result of a decline in revenues (-4.2%), and an increase in expenditures, as confirmed by the Finance Ministry’s quarterly data. Debt service increased by 0.5%, while other expenses rose by 8.8%, to reach a total of $6.76 billion. All these figures indicate that the economy is suffering from a decline in growth resulting from the successive political crises and the repercussions of the Syrian war. They also show that the country is negatively affected by its lack of a responsible and effective government capable of restoring growth to the economy, which would, in turn, increase revenues and decrease the deficit though the rationalization of spending.

The situation verges on the surreal if one were to add the Finance Ministry’s latest proposals that aim to increase tax burdens and customs duties, without any measures or reference relating to controlling expenditures and reining in the budgetary deficit. Yes, this is actually what is being debated in one of the parliamentary subcommittees tasked with finding solutions that would permit the financing of proposed salary and rank increases. But, the exact opposite is needed: refraining from an increase in taxes that would kill, in its cradle, any chance for growth. An increase of 2% in the Value Added Tax would only lead to results contrary to those desired.

Such a measure can only contract growth and limit productivity, thus resulting in added social problems, not least of which would be the spread of unemployment and the decrease of incomes, including those of the state. On the other hand, the proposed increase in customs tariffs is akin to swimming against the current, because it would threaten to contravene existing international agreements, particularly those that fell under the purview of the World Trade Organization, and would result in Lebanon being isolated economically, at a time when the country is in desperate need of added trade that would enhance its distinctive abilities. This is in addition to the damage that might befall the trade and tourism sectors — two cornerstones of the Lebanese economy — which have fallen victim to a crisis never before seen in the country’s history.

Lebanon’s economy requires a completely different approach than the one adopted by the parliamentary committee that is using deal-making and geometric calculations to find financing solutions, which is shortsighted and not part of a comprehensive plan aimed at encouraging production and growth. Dealing with the crisis requires a basket of measures and initiatives similar to the ones espoused by the governor of Lebanon’s Central Bank in order to promote growth. The measures that he recently adopted to reform real-estate loans granted to companies and institutions working in the tourism industry — through lengthening their maturities and reducing their costs — was but a model to be emulated to formulate effective policies capable of dealing with the state of deepening recession that has characterized the economy for the second year in a row. It is regrettable that the opportunity to adopt constructive policies such as these was not exploited, particularly considering that any such measures would have benefited from the current prevailing low interests rates.

Had the political powers entrusted with the fate of Lebanon’s inhabitants read the aforementioned international rating agencies’ reports and delved into their content, they would have realized that the crisis is rooted in internal politics, with change and reform easily attainable had those policy makers truly desired reform. The first step thus lies in hastening the departure of the caretaker government, which has become an economic liability of its own, through its increased spending, accumulation of deficit, and the adoption of erroneous tactics and decisions. Concurrently, a new effective cabinet must be formed, capable of adopting novel measures through the rationalization of spending, as well as controlling the deficit and launching reforms.