Is Turkey, After Gezi Protests, On Path to Democratization?

The democratization package to be proposed by Turkish Prime Minister Recep Tayyep Erdogan may address some of the concerns of Turkish citizens. 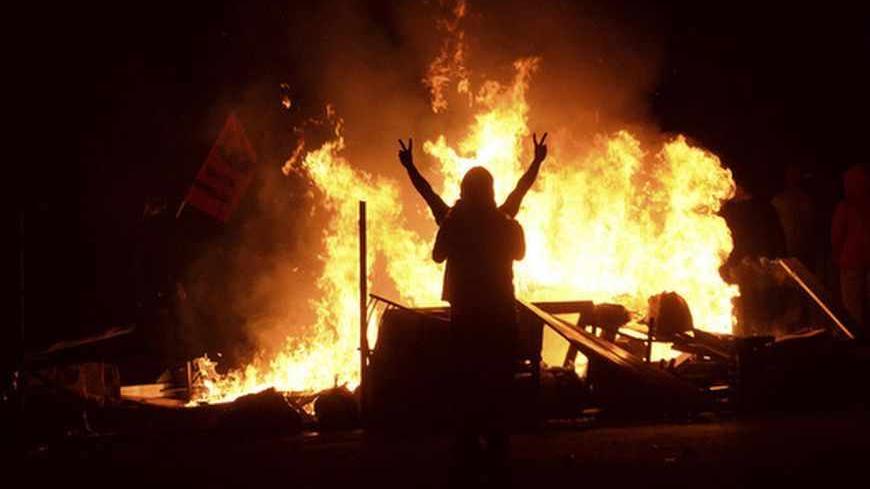 A demonstrator gestures as he stands behind burning barricades during a protest in the Tuzlucayir neighbourhood of Ankara, Sept. 9, 2013. - REUTERS/Stringer

Since the Gezi protests that began at a small park in Istanbul in May and then spread in waves to the entire country, a heated debate has been raging about the direction the regime in Turkey is headed. Will the government undertake increasingly authoritarian and fascist actions in response to the protests? Will some already problematic democratic rights and freedoms be even more restricted? If the regime becomes increasingly authoritarian, will Turkey be splintered from Europe and the West?

For months, many intellectuals have been pondering these questions and searching for answers from every new development.

The larger picture that appeared immediately after the Gezi protests was scary and disquieting. The police responded to protests with extremely harsh methods by using disproportionate force. Five protesters lost their lives because of this disproportionate force. Gas canisters targeting protesters caused the loss of sight for many protesters. Use of gas against peaceful demonstrators and firing gas into indoor spaces where demonstrators had taken shelter were indicative of police brutality that could well be categorized as torture by international human-rights law standards. That wasn’t all. Many demonstrators before being transported to police stations were badly beaten up inside police vans and on the streets.

The omens of the hardening of the regime were not confined to police brutality. Prime Minister Recep Tayyip Erdogan in successive mass rallies he organized to deter the protesters crudely threatened businessmen and artists who were supporting the Gezi protests and promised that they will be held to account for their deeds.

Criticisms emanating from European countries and EU institutions were rejected in extremely unpleasant terms. For example, German Chancellor Angela Merkel’s criticism of Turkish reactions to Gezi protests was instantly rejected by Turkey’s minister of EU affairs, Egemen Bagis, who advised Germany to deal with its racism issues instead of criticizing Turkey. Bagis continued responding to criticism from Germany in increasingly coarse terms with language that went far beyond the rules of diplomatic courtesy. When Bagis wanted to tell Germans that their reactions to the Gezi protests could be costly in terms of disrupting Turkey-EU negotiations, he said, “If Merkel doesn’t want to join Sarkozy [who lost French elections] in fishing expeditions, she should calculate carefully.” This caused a diplomatic crisis between the two countries.

These and other developments we have summarized inevitably led to those questions listed at the beginning of the article. In the meanwhile, if we look at some important indicators of whether the regime was sliding in an oppressive-fascist direction, we see some improvements. One of the main indicators of things going worse when recalling Turkey’s previous record on human rights was how detainees would be treated by police behind closed doors. Until today, we saw that most of the claims and complaints about police brutality were focused on detainees getting beaten up on the way to police stations. That is, there have been no complaints as before of torture or ill treatment to extract confessions from detainees.

We also noticed that the foreign-sources conspiracy theories widely used by the government were not taken very seriously by officials investigating the Gezi protests. The prime minister and his government had claimed that Gezi protests were planned and provoked by international and national groups. TV channels supporting the government had reported that the protests were planned by the Serbian civil society organization OTPOR. Obviously, these sorts of allegations insinuating a witch hunt were used as propaganda tools to influence popular perceptions but without any legal credibility. These conspiracy theories had created concern about whether they would be used to investigate and persecute journalists, writers and intellectuals in Turkey for their imaginary links to the protesters.

A recent development, however, proved that such fears were not justified. Public prosecutors turned down the angry and threatening calls of the prime minister and Melih Gokcek, the mayor of Ankara, to investigate theater actor Mehmet Ali Alabora, who was accused of provoking Gezi protests. Public prosecutors instead determined that Alabora’s remarks supporting the Gezi protests were a part of freedom of expression and that there were no grounds for an investigation.

These developments naturally raise hopes that Turkey will not be a less democratic or a more authoritarian regime because of the Gezi protests. We also see that the government is perceptibly easing its anti-West narratives and language, and that the AKP is wishing to re-erect its bridges to the West. AKP’s plan to open a representative office in Brussels is one such signal. We know the government is to publish an English-language daily newspaper attached to its supporter daily Star to better explain its policies. This indicates not only the government’s displeasure from the coverage by the Hurriyet Daily News and Today’s Zaman but also the government’s intention to improve its image in the world.

The democratization package that has long been under preparation and is expected to introduce improvements to many areas — from the Kurdish issue to the status of Christian minorities — is yet another indicator of government’s tendency to tone down its positions.

All these developments must be interpreted as signs that Turkey will not be heading to a situation worse than pre-Gezi times. We have to carefully observe developments to determine whether we are truly embracing democratization and are ready to tackle current problematic issues positively.