How Would US Strike Against Syria Affect Lebanon?

As the world awaits a likely US-led military strike on Syria, many in Lebanon are concerned about the potential repercussions such an action could have on them. 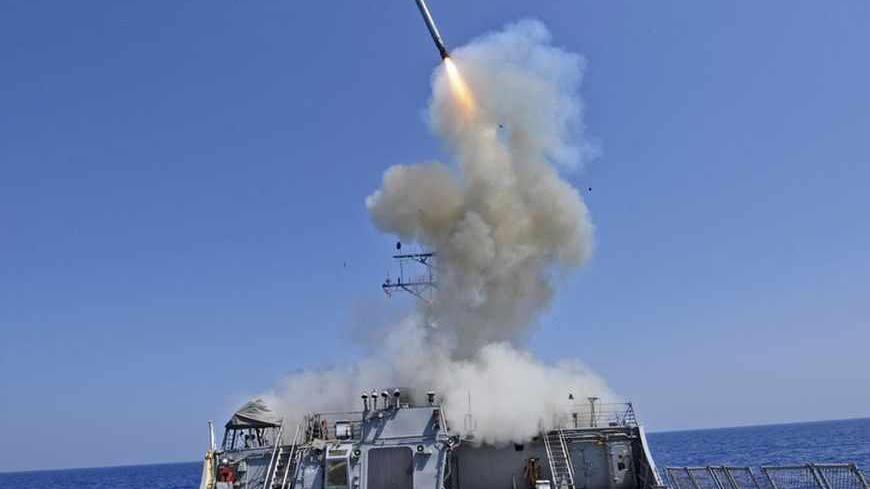 The world’s attention remains focused on US President Barack Obama to find out when, or whether, he will give the green light to launch military operations against the Syrian regime of President Bashar al-Assad, which has been accused of using chemical weapons against its people in an attack that curdled the blood of all those who saw the horrific images from al-Ghouta on Aug. 21. Meanwhile, Lebanon's citizens and others find themselves eyeing the movement of military flotillas off the country’s coast, as they await the possible repercussions of such operations on their small piece of land, reminiscing about Lebanon's long history of involvement in the wars of major powers.

Many of them still remember the day when the US fleet arrived in 1982 and bombed Beirut’s southern suburbs and encampments of factions allied with a Hafiz al-Assad–led Syrian regime, only to withdraw its forces from Beirut following the double suicide bombing against US and French barracks in October 1983. The suicide attacks, which led to the death of 241 American and 58 French soldiers, have since been attributed to Hezbollah. The Sixth Fleet’s movement did not, at the time, achieve the US administration’s objectives for various reasons, the most important being the presence of the Soviet Union in its capacity as a superpower and overwhelming Arab rejection of all forms of Western intervention.

Today, however, the circumstances are completely different. The Russia of President Vladimir Putin is not the Soviet Union under the likes of Nikita Khrushchev or Leonid Brezhnev, and the world since the fall of the Berlin Wall in 1989 is no longer divided into two camps, with Moscow standing on equal footing with Washington. The difference between them today is vast, and an examination of national income, one of the criteria by which power is measured, reveals Russia today to be at the point where the United States stood six decades ago, in the 1950s.

Putin has overplayed his Syria card and use of his country’s Security Council veto power to the point where he has rendered the former ineffective and the council ineffectual. He is now on the verge of losing the card and may be in part responsible for pushing the world into creating a new security framework outside the purview of the Security Council to contain the chemical threat and punish those who use it. Moscow's announcement that it will not take part in a military campaign against Syria is additional proof of its limited power and indicates that it has expended its diplomatic capabilities.

Matters are also different from the Arab perspective, with the Syrian regime isolated and facing Arab wrath to the point of it being “stripped” of its Arab identity, as Saudi Foreign Minister Prince Saud al-Faisal asserted on Aug. 28. Furthermore, this isolation has manifested itself through a consensus that transcends historical taboos, including the Arab League spearheading demands for international intervention to deter war crimes, as evidenced in its Aug. 27 meeting, after which it accused the Syrian government of using chemical weapons and urged the Security Council to shoulder its responsibilities.

In addition, Arab countries, especially the Gulf states, have grown wary of the Iranian threat, particularly now that Iraq has fallen into the sphere of Tehran’s mullahs, whose influence extends to Beirut via the Syrian gate. The conflict is, primarily, one against Iran, with Syria serving as the theater. It is exacerbated by ongoing Sunni-Shiite discord and aggravated by the Syrian war, whose flames have reached Lebanon’s interior.

As a result of their knowledge that the conflict is first with Iran, Lebanese and non-Lebanese alike, particularly decision makers and architects of a potential military strike against the Syrian regime, find themselves asking the following questions: How will Iran respond to a military strike, especially now that Russia has announced its “neutrality”? In particular, how will Hezbollah respond? Will there be suicide attacks similar to those in 1983? Will Hezbollah draw Israel into a major confrontation along the southern Lebanese front in violation of UN Resolution 1701 in an attempt to reshuffle the cards, mobilize the Arab populace and try to garner support and empathy for the Syrian regime and itself, a Syrian ally?

Hezbollah may attempt to ensnare Israel as it did in 1996 and 2006, but this time, should that occur, it would be fighting alone, for it lacks consensus from two important camps—the Arab and Lebanese fronts. During the two aforementioned wars, Hezbollah benefited from the support of a Lebanese government that included all components of Lebanese society. This backing gave national legitimacy to the party's “resistance” as well as a platform that defended it before international forums.

This will be hard to repeat today given the disagreement over Hezbollah’s weapons reaching its apogee and in light of the paralysis of the Lebanese state to the point of excluding others, represented by the March 14 coalition, from cabinet decisions. The growing sense of frustration resulting from the policy of separation and exclusion that Hezbollah is accused of, as well as all the sectarian tensions and internal divisions that have prevailed from Prime Minister Rafiq Hariri’s assassination to the Syrian civil war, were but additional nails in the coffin of Lebanese consensus.

Meanwhile, Arab consensus — which until recently enveloped Hezbollah in an additional layer that protected it in a possible war with Israel — has been irrevocably lost as a result of the conflict with Iran reaching a zenith. Sectarian mobilization and tensions have grown to the point where any military action, even if against Israel, will not succeed in rewinding the clock or returning to its bottle the genie awakened by religious impulses. On the contrary, Israel may benefit from such a potential attack, and may even provoke it, to avenge its failure in 2006. This time around, however, it could do so under the umbrella of an Arab and international alliance set up to confront a regime accused of using chemical weapons.