Like his counterpart in Beirut, Tehran’s new President Hassan Rouhani embraces just the kind of moderation the region may need at this tumultuous time. 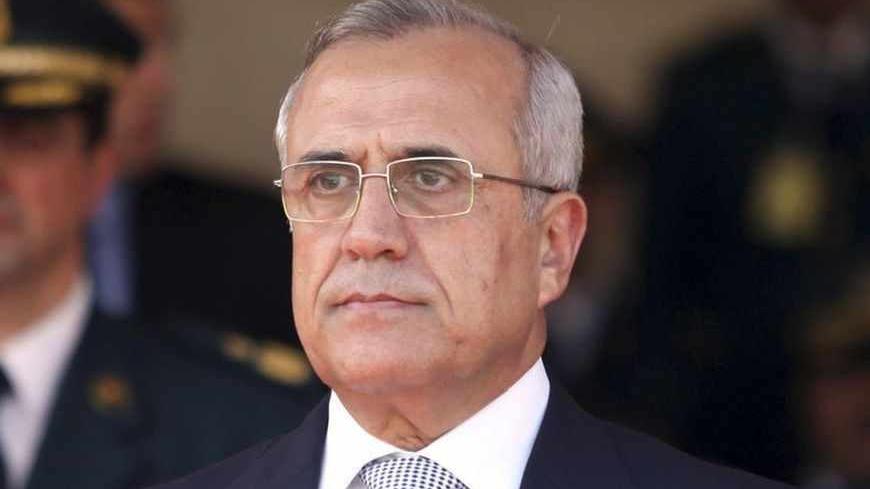 The visit of Lebanese President Michel Suleiman to Iran last week, where he attended the swearing-in ceremony of Iranian President Hassan Rouhani, is noteworthy in several respects. Even though they are separated by barriers of language and geography, they nevertheless exhibit several points of similarity that merit attention.

This applies particularly to the personal style adopted by both men, as well as the circumstances surrounding them and the role each finds thrust upon his shoulders. The Iranian president — or the “moderate president,” as the media prefers to call him — has made moderation his standard, one which he carried all the way to the presidency. In this he was supported by the moderate sentiments and a mobilized public, which in itself indicated something about the vitality of Iranian society and its desire for change. Rouhani's ascent to the presidency also constituted a genuine earthquake. Not only in terms of the result itself (which was accomplished without a runoff round), but also regarding the vast difference between him and candidates Mohammad Rezai and Mohammad Ghalibaf, who were affiliated with the Revolutionary Guard (IRGC) and led it militarily, in one form or another.

As for the Lebanese president, he also rode the wave of moderation to the top spot in the Lebanese republic, after the schism between the rival March 8 and March 14 camps had grown so deep that it became impossible for them to agree on any other figure to lead the country. President Suleiman articulated the principle of moderation and made it the foundation of his policy both at home and abroad. Indeed, he transformed it into a doctrine that turned into the motto of his term in office, one which he dubbed “positive neutrality,” in accordance with the Baabda Declaration. This document became the defining charter of his government, once it was approved by all of Lebanon's contending parties.

“Positive neutrality” was intended to spare Lebanon the burdens of regional conflicts, which had already spilled over into its territory and come to threaten its social fabric with dissolution, especially in light of the rising tide of sectarian wars and, in particular, the intensifying Sunni-Shiite conflict. The positive aspect of this neutrality entails a commitment to legitimate causes, but without embroiling Lebanon in escalating situations and military conflicts that would exceed this small country's capacity to endure — and which, even beyond that, would contradict its historical mission.

The logic of neutrality promotes peaceful resolution of disputes, and favors the peaceful route over any other solution. This is the fundamental point of convergence between the Iranian and the Lebanese presidents. Both of them have expressed their preference for dialogue and peace, whether the occasion be Iran's nuclear program or the Syrian crisis.

While it is true that the Iranian president has yet to lay out a clear foreign policy, and that he has not yet (and might never) erase the red lines drawn by the supreme leader, nevertheless the difference in style between him and former President Mahmoud Ahmadinejad is vast. The latter preferred the language of escalation while the former has adopted a calm approach and has issued repeated calls for dialogue. Perhaps the greatest points of similarity between Suleiman and Rouhani lies in the circumstances which surround both men, whether domestically or in terms of foreign relations. Both of them, for reasons mentioned above, have attracted the interest and support of the international community. Or, rather, they have drawn support for what they represent: the triumph of the logic of dialogue and the desire to strengthen opportunities for a peaceful resolution of existing conflicts.

At the domestic level, both men rely on a precise equilibrium of forces that demands conciliation between two camps. In Lebanon, it requires conciliation between the resistance camp — which prefers rhetorical and political escalation with the West and moderate Arabs and is embroiled in a military confrontation in several quagmires in the Middle East, particularly in Syria, and has begun to play for all the marbles — and those forces opposed to the resistance camp and which seek to escape its power through a variety of slogans. In Iran, the first camp is represented by the Revolutionary Guard (IRGC) and Hezbollah (which is nothing but an arm of the IRGC operating on its Western front, i.e., in Syria and Lebanon), while the second camp includes all those forces who are opposed to its project, as represented in the regime of the Velayat-e faqih.

It is ironic that both Suleiman and Rouhani have become, whether they would have wished it or not, the focus of attention for these forces which stand opposed to the resistance (Hezbollah) project, and which look to them with what remains of their hopes for change or at least for a restoration of some of the internal balance. They are particularly eager after having been excluded from playing an active role at the political level and been stripped from all leadership positions. Some, like Saad Hariri, the leader of March 14 in Lebanon, have been banished; others, like Green Revolution figures Mehdi Kerroubi and Hussein Mousavi, have been placed under house arrest.

Interestingly, in both cases the best bet of these deposed camps, from a rationalistic and realist perspective, is the president of their respective republics: Suleiman and Rouhani. Both are now the last hope of the anti-Hezbollah camp, given that all the other options have fallen by the wayside. We need not recall how the Cedar Revolution, which brought about the expulsion of the Syrian army from Lebanon in 2005, came down and gave ground under pressure from resistance axis forces supported by the IRGC, just as the forces of the green revolution came up against the same barrier in 2009. Nor has anyone forgotten that the Syrian people's revolution, at least in its early stages (in 2011) confronted the same obstacles thrown up by the same parties. In each of the three situations, these forces benefited from their opponents' lack of experience and the disparity in the balance of forces, especially with the decline in American influence in the region as President Barack Obama rose to power.

Still, it is true that one ought not to go too far in comparing these two men, one of whom is at the very beginning of his term in office. Moreover, there are some who cast doubt on his moderation. For example, Israeli Minister of Intelligence and Strategic Affairs Yuval Steinitz has warned that it might be no more than a trick to gain time while the nuclear centrifuges continue to spin and uranium enrichment continues, which might in a very short period of time cross the red line drawn by Israeli Prime Minister Benjamin Netanyahu in front of the UN General Assembly.

As for Suleiman, he is in the second year of his term in office, and it seems that his performance has been welcomed by the international community after domestic constituencies implicitly criticized him. Some considered his moderation a deception or even a cover for aggression. Moreover, there are others who consider his centrist position to be a stab in the back, while still others demand his resignation. Interestingly, neither of the two men came into office against the will of the resistance axis regime [in Tehran], but with its consent, whether implicit or explicit.

However moderate or reform-minded Rouhani may be, and no matter what has been said about the segments of the population that voted for him or their aspirations, the man remains the legitimate scion of the mullah's regime. If that were not the case, he never would have passed the Council of Guardians' winnowing of candidates and arrived where he is today. As for the Lebanese president, he came to office with the consent of the very same forces — or, to be precise, their allies: the Syrian regime. He was subject to Damascus' veto or approval both when he was appointed as head of the army and when he was elected as president in 2008. Perhaps this is what makes it difficult to target them. At first glance, both presidents might seem surrounded and powerless. But, if we look closer, we might discover something completely different.