The Lebanese are divided about the Syrian crisis, but recent rocket and other attacks suggest the country might already be entrenched in its neighbor’s civil war. 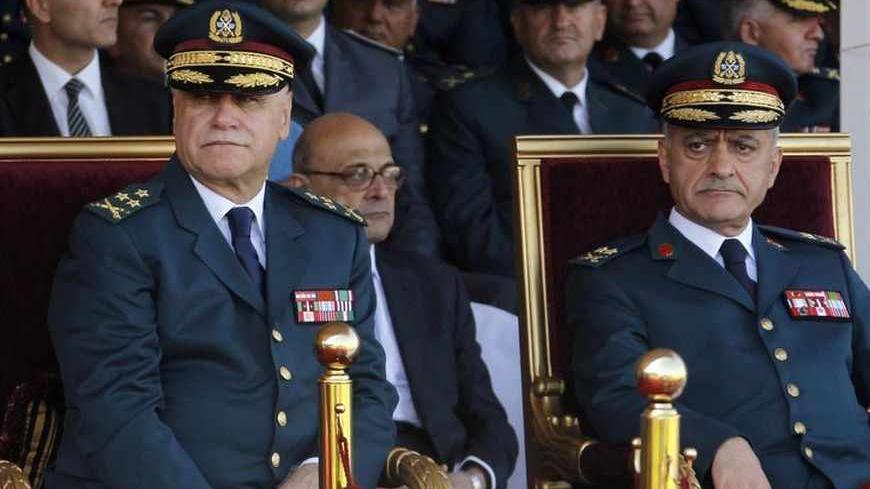 In the span of five weeks, another salvo of rockets of unknown origin smashed into an area replete with symbolism for Lebanon. The first of these attacks, on July 9, had targeted the Chiah neighborhood of Dahieh, a known stronghold of the Amal movement and Hezbollah. The latest strike, on August 1, was aimed at an area full of Lebanese Army posts that lies within the extended security perimeter of the Presidential Palace, in the southern Metn region.

The first message seemed to be directed at Hezbollah, perhaps as a warning that the price of fighting alongside the regime of Syrian President Bashar al-Assad will be high. The latest message, however, appears to be aimed at multiple parties. It could serve to warn the army commander, General Jean Kahwaji, that his sustained campaign against Salafist terrorism will exact a heavy toll. It might also caution President Michel Suleiman that continuing to raise his voice against Hezbollah’s weapons will not pass without punishment. The broader message threatens Lebanon’s security system as a whole.

Each of these messages conflicts with the others, which suggests that the origins of them are not one and the same. This, in turn, leads some to think that a third faction has entered the arena to exploit the ongoing state of political confusion in Lebanon and take advantage of the prevailing high tensions.

There are differences between the rocket attack that targeted the southern suburbs a little less than a month ago and the latest one in the vicinity of the army’s headquarters and the Presidential Palace. The main difference is that this time, the perpetrators did not leave their launch pads behind. This means that they acted calmly, with unhurried confidence and freedom. Another difference is that the launch occurred following a day of festivities attended by most of the state’s personages to celebrate Army Day. The timing and location hit beg one question: What if the intended target was the Army Day parade?

What is remarkable is that security incidents in Lebanon have become recurrent, not merely isolated incidents. It is true that they are separated by somewhat lengthy lag times, but they all follow the same pattern — explosions, such as the one that shook Bir el-Abed a month ago; ambushes by explosive devices, such as the one that targeted a Hezbollah convoy along the Chtaura-Damascus road in mid-July; and rockets that suddenly rain down on institutions of state sovereignty or populous neighborhoods.

Up until now, there had been semblances of guarantees that such incidents would remain somewhat confined. There is now fear that they will increase in the coming days and concerns that August will witness alarming security developments, indicating that Lebanon is sliding further toward becoming a battleground in the security wars currently under way in neighboring Syria and Iraq.

Parliament Speaker Nabih Berri expressed similar thoughts when he told Al-Monitor, “I am concerned about the security of the country and am in possession of information that justifies my fear.”

An echo of such fear prevails within Lebanese security circles despite their reluctance to publicly disclose it. Even inside Hezbollah, according to an official there who requested anonymity, at the end of July fears arose that Lebanon would become the scene of security operations by Salafist fundamentalists against it and the army.

In short, the scope of the fire is expanding throughout the region as the result of a number of factors, the most prominent being the emergence of the bloody Syrian crisis, which still defies steps toward a political solution, and the ramifications of which are sure to greatly and adversely affect the security of neighboring countries. Iraq, for example, is witnessing a renewal of violence because of it ongoing internal crisis, which is being exacerbated by the developments in Syria, with which it shares demographic and religious ties.

Jordan, on the other hand, is in a state of anticipation as it waits to see how events in Syria will affect it. For now, it is confining its efforts to distancing itself from the Syrian carnage, a tactic whose success is not guaranteed. The same applies to Lebanon, with the exception that the Syrian war now includes Lebanese factions among its militants, following Hezbollah’s involvement, which came subsequent to the participation of Salafist Lebanese factions in the war from its inception.