Israeli is striking a blow against the peace process by authorizing further settlement expansion. 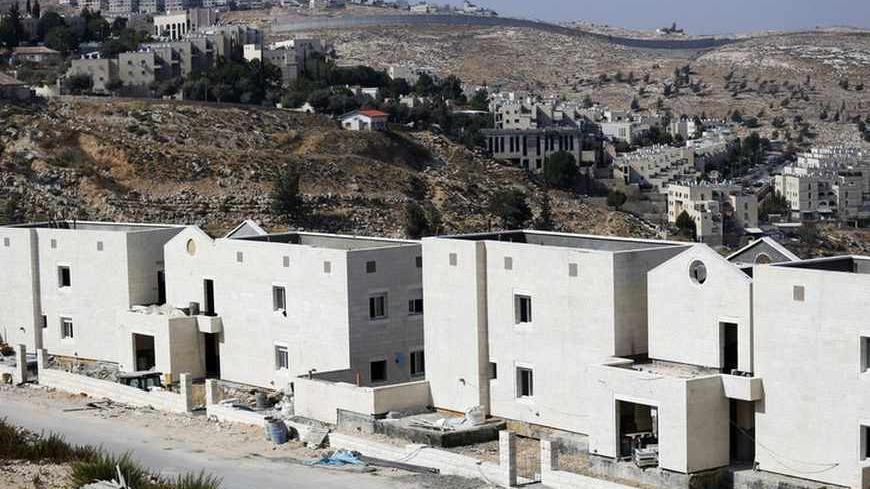 Apartment blocks under construction (front) are seen in Pisgat Zeev, an urban settlement in an area Israel annexed to Jerusalem after capturing it in the 1967 Middle East war, Aug. 12, 2013. - REUTERS/Amir Cohen

It's clear that the authorization of 1,000 housing units in East Jerusalem and the West Bank on the eve of US Secretary of State John Kerry’s proposed resumption of the Palestinian “negotiations,” Netanyahu’s pre-emptive strike, should clearly lead to a serious reassessment of US policy on resolving the Israeli-Palestinian conflict. That Kerry asserted the obvious — namely, that the United States considers settlements as illegal — should be firmly applied, notwithstanding probable congressional protestations.

I have often stated that Israel never acknowledged itself as an occupying power. The continued proliferation of settlements of whatever Palestinian territories it deems necessary for its “security” was given as a justification for creeping annexation and used as a tactic in negotiations.

Netanyahu’s government spokesman said that the units are “in areas that will remain part of Israel in any possible future peace agreement” … It changes nothing! Mark Regev continued to say that all proposed peace plans would result in Israel keeping major settlement blocks. The Israeli spokesman added that Palestinian negotiators have accepted this, though they would still deny it in public.

It looks as if Israel is undertaking a campaign of undermining before the talks begin — the serious commitment of the Palestinian negotiators, too, as if their public statements are for “domestic consumption” as Dore Gold, a onetime official adviser to Netanyahu, said.

Gold added that “Palestinian protests are intended for domestic consumption.” In further attempts to undermine the credibility of the Palestinian team, Gold counted “for internal purposes, they feel compelled to protest and complain.”

The attempt by Regev is linked to the same colonial powers to undermine the credibility of the negotiators for the independence. In other terms, it is the contempt of colonialists reluctant to concede the inevitable.

Palestinian negotiators refused to negotiate for the last two years … They can do it again if necessary!