Like other countries in the region struggling to take in the huge influx of Syrian refugees fleeing the war at home, the Kurdistan Region of Iraq has not received the international support needed to do so. 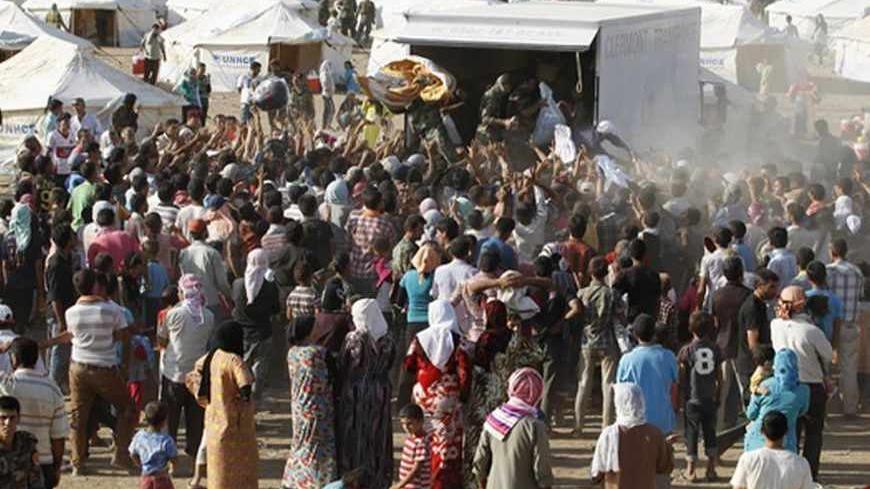 Syrian refugees, who fled violence in Syria, are seen at a new refugee camp on the outskirts of the city of Erbil, in the Kurdistan Region of Iraq, Aug. 20, 2013. - REUTERS/Thaier al-Sudani

Between Aug. 10 and Aug. 20, more than 15,000 Syrian Kurdish refugees fled from Syrian Kurdish areas adjacent to the Iraqi border to the Kurdistan Region of Iraq. This is after the fighting in Syria intensified, and those areas were subjected to attacks by terrorist groups and a blockade that disrupted citizens’ everday lives.

The terrifying scene of the influx of refugees, the suffering that forced them to emigrate, the many routes they took to arrive in the Iraqi Kurdistan and the frightening stories about the level of violence in their areas are coupled with the suffering of the Kurdish region in northern Iraq, which has faced pressure greater than its capabilities to accommodate the growing numbers of refugees.

In a statement issued on Aug. 19, Barzani did not hide his concern that the Kurdish areas of Syria were being stripped of their population under the pressure of an open war there.

Apart from the political side of the crisis and the humanitarian and nationalist positions of the Kurdistan Region of Iraq regarding the suffering of Syrian Kurds, the capability of the Kurdistan Region of Iraq to take in these increasing numbers of refugees and provide the existing refugees with basic services and required assistance depends on how fast the international community can lend a helping hand to assume this task.

It could be said that of all regions taking in Syrian refugees, the Kurdistan Region of Iraq has not received the required care and attention at the international and regional levels.

There is no doubt that the human factor in the refugee issue is completely separate from the political. Yet, this rule obviously has not been applied in the Syrian refugee crisis, at least when it comes to how regional governments supporting Syrian refugees — who are distributed among Syria’s neighboring countries — have dealt with this issue.