Is Hamas Considering A Move to Beirut?

Beirut has been the scene of intense political activity by Hamas as it seeks to restore ties with Hezbollah and Iran. 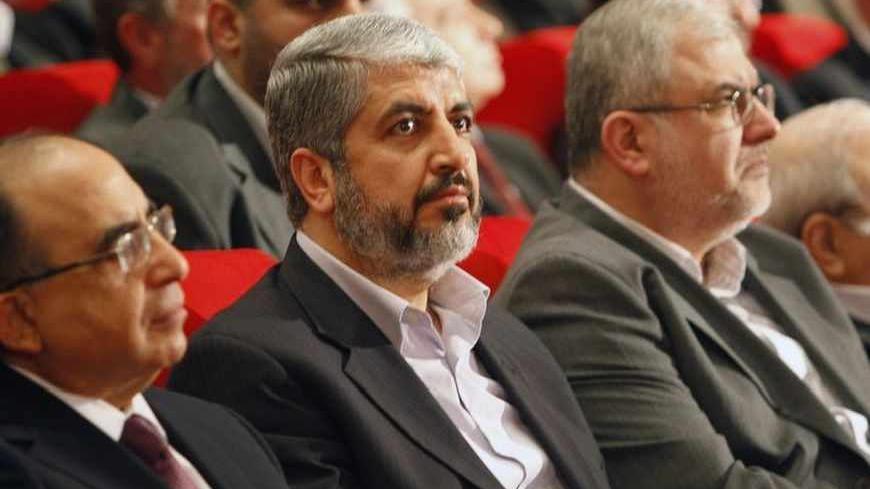 A little less than two years ago, Hamas had carte blanche to travel between the capital cities of the region, where it was welcomed and bathed in amity; beginning with Tehran, through Damascus, and all the way to Cairo, not to mention the two capitals with which it has the closest ties: Doha and Ankara. But the situation has changed in an alarming fashion, after the movement adopted stances that did not sit well with its Iranian ally.

Then came the events that followed the coup in Egypt; which, as a result of the Muslim Brotherhood’s ouster from power there, caused Hamas immeasurable damage engendered by the loss of this ideologically and geographically close supporter. This led Hamas to search for new alternatives that would help it overcome its current crisis.

As a result, Beirut became the location that witnessed, away from the spotlight, the most intense Hamas related political activity. The choice fell on this city not because it is the capital of Lebanon, but because it is considered to be the stronghold that best attracts all the factions and leaderships that are part of the Iranian alliance. For this reason, successive Hamas delegations came to Lebanon in order to rectify the movement’s political relations with the Iranian axis.

But the most important meeting, confirmed to Al-Monitor by Hamas sources, was the one that brought together Hamas leaders with Hezbollah Secretary-General Hassan Nasrallah. In it, and after both parties admonished one another for growing distant lately as a result of the Syrian crisis, they agreed to consolidate their efforts to meet in opposition of Israel, and to overcome their differences in opinion vis-à-vis the ongoing Arab developments. This was the first time since March 2012 that such a high level meeting has taken place.

What was remarkable this time around was that the party’s meetings with Hamas were sponsored by the Iranians. Al-Monitor has learned that Iranian Ambassador to Beirut Ghadanfar Rukun Abadi’s residence was the scene of an iftar (Ramadan evening meal) banquet on July 31, 2013, that included a good number of political forces, and was concluded by a meeting between Deputy Secretary-General of Hezbollah Naim Qassem and Hamas’ representative in Lebanon, Ali Baraka.

The meeting, as it was relayed to Al-Monitor, focused on improving coordination between the two factions, and included the Iranian ambassador thanking Hamas for preventing the use of Palestinian refugees camps in any Sunni-Shiite sectarian conflict that might erupt in Lebanon. This could be an indication that the relationship between the parties will return to what it was prior to the Syrian crisis.

Furthermore, the closeness of the relationship between Hamas and Hezbollah might be evidenced by the former’s participation in all the activities organized by the latter; among them a visit by a Hamas delegation, led by Khalil el-Hajj and Ali Moussa, to the tomb of Hezbollah’s former military commander Imad Mughniyeh, whom Hezbollah accuses Israel of assassinating in 2008.

This assessment was perhaps most tellingly confirmed in the last few hours by Hamas leadership member, Mahmoud al-Zahar, a staunch supporter of the return of relations with Iran, who said that “the Iranians had not severed ties with Hamas at all, but were merely preoccupied with their presidential elections.”

Matters took an even more unexpected turn when Ahmad Youssef, the former political adviser to the prime minister of Hamas’ government in Gaza, suddenly announced that the qualitative improvement in the al-Qassam Brigades’ performance during the Israeli war against Gaza in November 2012 drove Iran into correcting its relations with the movement and resuming its financial aid to Hamas once again.

Al-Monitor sought to confirm this piece of information, but a Hamas official pointed out to Al-Monitor that Iran and Hamas had a mutual understanding. The Iranians are keen on maintaining their relationship with Hamas, and Hamas is also keen on keeping the lines of communication and coordination open with Tehran. He expressed optimism that the latter would resume its support for the movement because the common enemy remains Israel.

These developments led to a Hamas delegation’s participation in marches and demonstrations called for by Iran in a number of capitals to commemorate Quds Day, which means that Hamas desires to restore its relationship with Tehran to its former glory.

Furthermore, Al-Monitor contacted on Tuesday a knowledgeable source inside Hezbollah who confirmed that the party was making efforts to restore its relationship with Hamas. The most important of these efforts was recently revealed, and took the form of a closed meeting that included Hezbollah leaders and cadres. In addition, Nasrallah affirmed that Hezbollah’s relationship with Hamas was strong, that there was no truth to rumors about Hamas militants taking part in the fighting in Syria, and that the lines of communication between the two remained open, according to the source.

But the welcoming and convivial atmosphere that prevailed about the return of relations between Hamas, Iran and Hezbollah, was tempered by the Syrian crisis, which caused the relationship to deteriorate in the first place. Does this then mean that the restoration of relations is predicated on reconciliation between Syrian President Bashar al-Assad and the head of Hamas’ Political Bureau, Khaled Meshaal? And, will we witness a return of some of Hamas’ leaders to Damascus, especially considering that Cairo is no longer a safe haven for the movement following the recent coup there?

A prominent Hamas source was very forthcoming when he told Al-Monitor: “The Syrian issue is very different; for as long as civilians are targeted and killed there, and the situation remains unstable, there will be difficulties in developing the relationship in a positive manner. We stick by our position vis-à-vis Syria, and our stance concerning the crisis there is clear. It is a stance built on principles and moral values that Hamas has adopted in support of the Syrian people. And I think that this position will not change.”

Although the prevailing situation in Egypt today isn't as suitable for Hamas as it was in the time of Morsi, it doesn't seem that Abu Marzouk will leave anytime soon and move to Beirut. According to a source in Hamas, this is for a number of reasons, most importantly that this decision would close the door entirely with Cairo, something that seems premature at this particular time.

Adnan Abu Amer is Dean of the Faculty of Arts, and head of the Press and Information Section as well as a lecturer in the history of the Palestinian issue, national security, political science and Islamic civilization at Al Ummah University Open Education. He holds a doctorate in political history from the Demashq University. He has published a number of books on issues related to the contemporary history of the Palestinian cause and the Arab-Israeli conflict. On twitter @adnanabuamer1