What can prolong or shorten the Syria conflict? 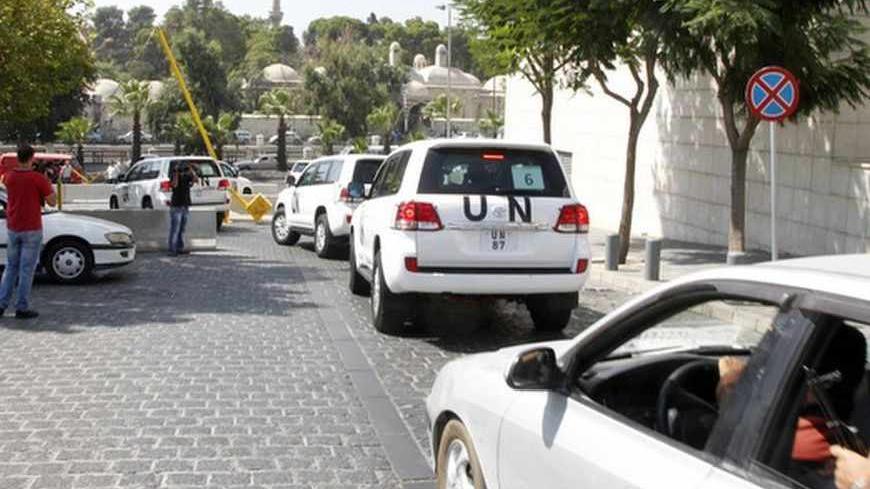 United Nations vehicles transport a team of UN chemical weapons experts to the scene of a poison-gas attack outside the Syrian capital last week, in Damascus, Aug. 26, 2013. - REUTERS/Khaled al-Hariri

If, because of Egypt’s geopolitical weight in the region, the Egyptian crisis pushed the Syrian conflict to the backseat of regional crises, the chemical attack in the suburbs of Damascus has brought it back to the fore. The exchange of accusations between the Syrian authorities and the opposition on the responsibility for this criminal act — at a time when the UN chemical-weapons inspection mission was in Damascus — the call for a UN investigation into this despicable crime and the UN seizing of the issue together make this a game changer in the ongoing Syrian conflict.

The debate on the need for external intervention of any scope or magnitude has been reinvigorated. This last could break down the political stalemate backed by a military no-win situation on the ground despite an ever-changing balance of power that increasingly favors the regime.

The Syrian regime is relying on the time factor to weaken and destroy the military opposition. Nevertheless, the political scenery post-chemical attack cannot be the same as before, regardless of the outcome of the investigation.

There is another game changer in Syria. Fighting has broken out between the Kurds and the radical Islamists as the Kurdish question in Syria emerges as a major issue, supported by Kurds all around the region. The question of Western Kurdistan and the internal-external linkage it is creating in terms of reconfiguration of power will definitely affect the evolution of the Syrian war, and even more importantly, the future organization of the Syrian state. Though it is still early to say how the Syrian situation will unfold, one can confidently argue that the Syrian Kurds will not accept anything less than what their brethren have in Iraq: an autonomous province with implications for the reorganization of the Syrian state.

A third game changer Iies in the "al-Qaedization," or, precisely, the "Talibanization" of the war in Syria, giving the transnational Islamist element more weight than the national agenda for change, not only with the regime but also on Syrian society.

The fourth game changer can be found in the attacks on the Latakia region, which is the regime's power base. Such actions, mainly by radical Islamists, are as important psychologically as they are strategically, though at the latter level, the attacks' effects were very limited and put down successfully by the government. If the opposition's aim was to suggest that the regime does not have a safe haven, the result increased an already sectarianized conflict and deepened the divisions at home along sectarian lines.

A fifth game changer lies in the Egyptian crisis' direct repercussions on the Syrian one through the different positions of many external actors on the two crises, mainly within the Friends of Syria group. There is tension, division and disagreement among some key actors on Egypt which, if they do not put them at opposite ends, might weaken their cooperation on the Syrian matter.

The importance of these different game changers varies tremendously, yet together they are reshaping the ongoing multidimensional conflict in and over Syria, rendering a settlement a very difficult matter in the foreseeable future.