A US appeals court rejected an attempt by an American couple to have their son's birthplace listed as "Jerusalem, Israel" on his US passport. 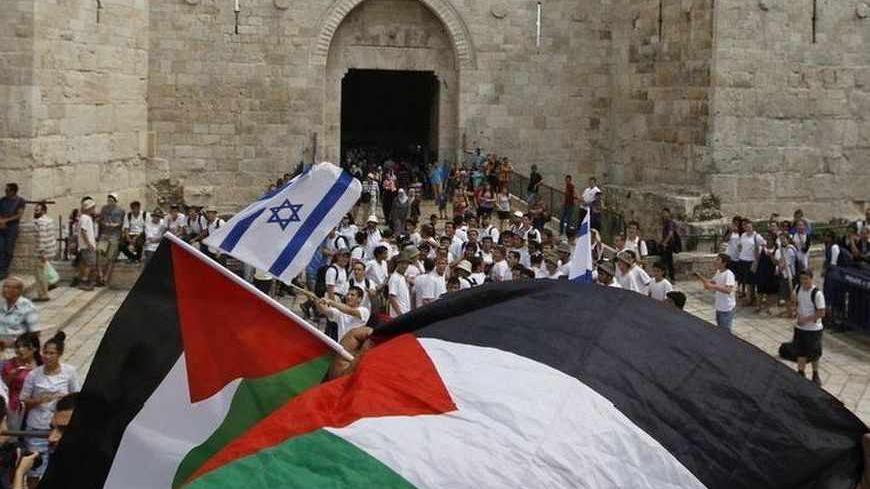 The case before the US Court of Appeals in Washington involved whether an American couple could register their son as being born in “Jerusalem, Israel.” Challenging the US State Department in the suit were, in addition to the child’s parents, were a number of major prominent US Jewish organizations — including the Anti-Defamation League, Zionist Organization of America, American Association of Jewish Lawyers and Jurists and American Jewish Committee — and six members of the US Senate.

In question in Zivotofsky v. Secretary of State was the decades-old practice of registering "Jerusalem" as the country of birth of all Americans born in that city after 1948, whether Jewish or Arab. Specifically, the case questions why the US State Department has chosen to ignore Section 214(d) of the Foreign Relations Authorization Act, fiscal year 2003, if the citizen or his guardian so requests it. The three-judge appeals court panel noted in its July 23 unanimous decision, “The Secretary has not enforced the provision, believing that it impermissibly intrudes on the President’s exclusive authority under the United States Constitution to decide whether and on what terms to recognize foreign nations.” The court concluded, “We agree and therefore hold that section 214(d) is unconstitutional.”

A look at the details of the 38-page opinion, written by circuit judge Karen Lecraft Henderson, not only rejects the appeal, but goes farther in reiterating the executive branch’s exclusive authority to decide every aspect of recognizing foreign countries. It also chides Congress for injecting politics into the issue of passport entries and confirms the importance of US neutrality when it comes to the issue of the final status of Jerusalem. The case could not have come at a better time for the Palestinians, as preliminary negotiations with Israel are due to take place in the US capital in the coming weeks.

Lawyers for the parents of Menachem Zivotofsky, born in Jerusalem in 2002, argued on March 23, 2013, that US consular officials in Jerusalem must honor the desires of the American parents by inserting “Jerusalem, Israel” in the passport section identifying country of birth, although the United States and most other countries do not recognize Jerusalem as being part of the state of Israel.

The court reviewed the particular situation of Jerusalem stating, “Presidents from Truman on have consistently declined to recognize Israel’s — or any country’s — sovereignty over Jerusalem.” It also cited a State Department brief stating, “US Presidents have consistently endeavored to maintain a strict policy of not prejudging the Jerusalem status issue and thus not engaging in official actions that would recognize, or might be perceived as constituting recognition of, Jerusalem as either the capital city of Israel, or as a city located within the sovereign territory of Israel.”

Perhaps the section that tried the court the most involved presidential powers. Lawyers for Zivotofsky appear to have overreached in trying to chip away at the power of the executive branch, citing cases in which Congress had been involved in making foreign policy decisions. The court concluded, “Having reviewed the Constitution’s text and structure, Supreme Court precedent and longstanding post-ratification history, we conclude that the President exclusively holds the power to determine whether to recognize a foreign sovereign over a given territory.”

As to the role of Congress in regulating passport powers when it potentially clashes with the executive’s powers, the court accepted the State Department’s argument: “Any unilateral action by the United States that would signal, symbolically or concretely, that it recognizes that Jerusalem is a city that is located within the sovereign territory of Israel would critically compromise the ability of the United States to work with Israelis, Palestinians and others in the region to further the peace process.”

The court was critical of Congress for its attempt to force the executive's hand in altering US policy on Jerusalem. “The Congress plainly intended to force the State Department to deviate from its decades-long position of neutrality on what nation or government, if any, is sovereign over Jerusalem.” The judges chided the pro-Israel congressional representatives who joined the lawsuit, stating, inter alia, “While the brief has been submitted on behalf of six senators and fifty-seven representatives, they of course do not speak for the Congress.”

In its concluding remarks, the court again chastised Congress for overreaching and concluded its opinion by supporting current State Department directives, using interchangeably the terms Israel and Palestine even though it recognizes that the United States is yet to recognize a state of Palestine: “The policy applies universally — not just in the context of Jerusalem — and treats Israel and Palestine supporters identically. Jerusalem-born Americans, whether supporters of Israel or supporters of Palestine, may not use their passports to make a political statement. And that is because permitting a Jerusalem-born individual to list ‘Israel’ or ‘Palestine’ would contradict the President’s decision to recognize neither entity’s sovereignty over Jerusalem.”

The conclusions of the appeals court could provide the strongest possible opportunity for the White House to take a lead role in resolving the Palestinian conflict, including its insistence on the need to share the holy city of Jerusalem and that the president alone, without the consent of Congress, can recognize foreign countries within specified territory.

If the upcoming peace talks fail, will President Barack Obama use this power to recognize Palestine based on the 1967 borders?