Encouraged by Rouhani Election, US Urges Iran to Engage

With the election of Hassan Rouhani, the United States is cautiously optimistic about serious negotiations with Iran when nuclear talks resume in the fall, says a senior US administration official. 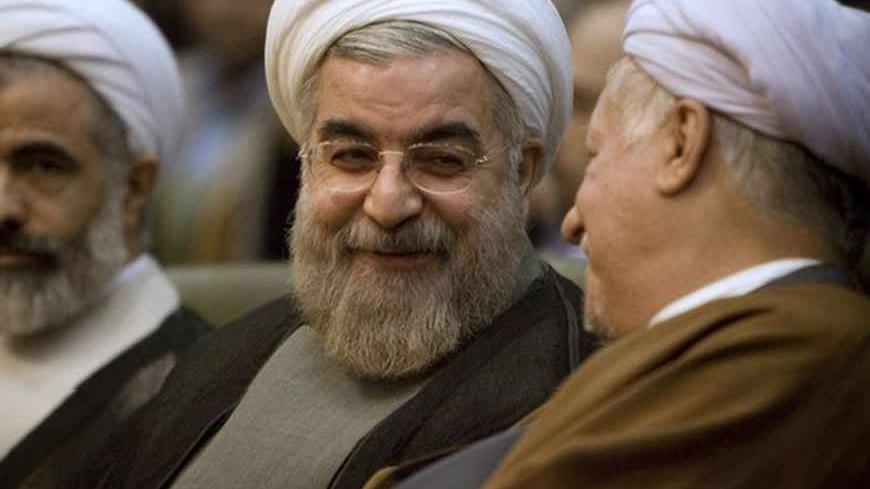 The United States, encouraged by the signals sent by Iran’s election of Hassan Rouhani, is urging Iran to give a substantive response and negotiate seriously when nuclear talks resume in the fall, a senior US administration official said Friday, July 12.

“We have all noted Rouhani’s positive tone and remarks post-election,” the senior US administration official said in a small background conference briefing Friday. “We are glad for the positive words. But what we are looking for are actions that indicate a desire to deal seriously with the P5+1. Words are not enough. We need a concrete response.”

The American official spoke ahead of a meeting of political directors from the P5+1 — the United States, United Kingdom, France, Germany, Russia and China— in Brussels next week (July 16) to discuss preparations for a new meeting with Iran in the fall. Talks between the P5+1 and Iran are likely to resume at the earliest in September, following the inauguration next month of Rouhani, and depending on the logistics of arranging a meeting around the opening of the United Nations General Assembly in September.

The US official said the six powers are inclined to ask Iran’s new nuclear negotiating team after one is assembled under Rouhani to give a concrete response to a detailed confidence-building proposal they put forward at nuclear talks in Almaty, Kazakhstan, in February. But she stressed that it’s not a take-it-or-leave-it offer, but one open for negotiation.

“We all believe that the proposal put on the table [in Almaty] is a good one, and there is still time and space to achieve a diplomatic solution over Iran’s nuclear program,” the official said. “But as you’ve heard said before, there’s not an indefinite amount of time.”

“In terms of a more comprehensive proposal, if Iran says the [P5+1’s proposed] confidence-building measure is fine, but asks, 'Where are we headed?' we already said to them … We do believe that Iran has the right to a peaceful nuclear energy program under the [Non-Proliferation Treaty] once it meets its responsibilities. And all sanctions will be lifted if and when it has met its responsibilities,” the official said.

“What this is really about: The onus is on Iran, to give us some substantive, concrete response,” the official said.

The US official said the United States remains interested in bilateral talks with Iran, but didn’t indicate whether Washington was preparing a new message offering direct talks, perhaps on the occasion of Rouhani’s inauguration Aug. 4.

“We are open to direct talks,” the official said, noting the public offers from President Obama and Vice President Joe Biden, as well as lead US Iran negotiator Wendy Sherman’s offers to Iran’s nuclear negotiator Saeed Jalili in P5+1 meetings over the past two years. “We think they would be valuable. I think they know that. We will reinforce that in any appropriate way we can.”

Noting the stinging critique of Jalili’s negotiating stance delivered in Iran’s presidential campaign debate not only by moderate Rouhani, but by Ali Akbar Velalyati, the top foreign-policy advisor to the supreme leader, the official said at the end of the day, Washington is willing to deal with whomever Iran decides to send as the nuclear negotiator.

“We are not under any illusions here,” the official said. “Rouhani may appear to be a moderate, but he still very much represents a conservative regime. And the nuclear file very much remains in the domain of the supreme leader. Will he have more space on the nuclear file? That remains to be seen. It may be the case, given Rouhani’s prior experience [as a nuclear negotiator], but I don’t think we yet know.”