Israel Hopes the US Will Learn From Egypt

The Israeli political class, gathered for the Fourth of July reception, voiced hopes that the Obama administration learns from its mistakes in US policy and starts recognizing pockets of hope where they emerge. 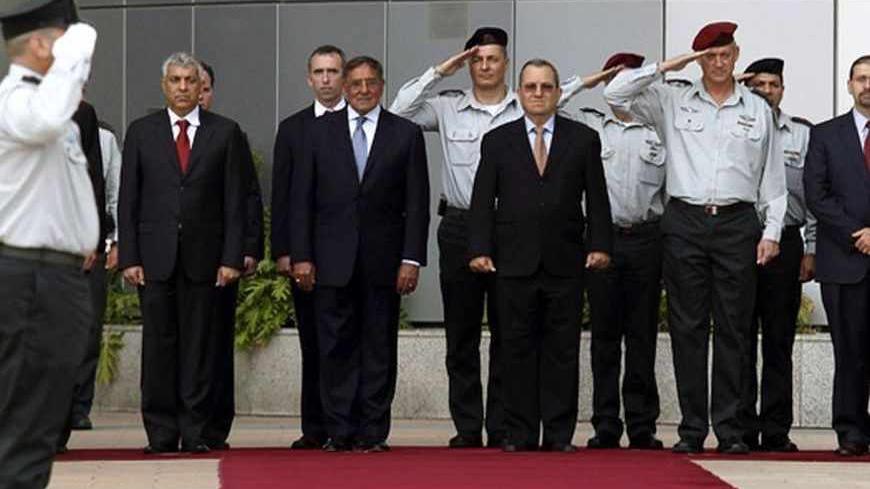 The residence of the US ambassador in the city of Herzliyah is one of the stateliest houses in Israel. Perched virtually on the waterfront of a particularly ritzy beach and surrounded by green lawns, walls and armed and wary guards, it overlooks the vast blue expanses of the Mediterranean. The ambassador hosts the annual US Independence Day party with much fanfare. Those who are not invited to the ambassador's residence on July 4 are, for all intents and purposes, nonexistent. It's been quite a while since there was as popular a US ambassador to Israel as Dan Shapiro. He enjoys the position, and the position seems to agree with him. Immersed in the community, Shapiro exercises the Israeli way of life. He speaks the language, crisscrossing the country with the verve of a bar mitzvah boy. Even when the going was tough and there was a huge pool of bad blood between US President Barack Obama and Israeli Prime Minister Benjamin Netanyahu, Shapiro was always there, smiling and calm, to keep things moving and to explain that everything was, ostensibly, copacetic.

On July 4, thousands of invitees flocked to the traditional US Independence Day celebration. Shapiro's lawn saw Israel's President Shimon Peres, Netanyahu (and family), chief of staff Lt. Gen. Benny Gantz, politicians, officers, members of the cultural and social elite, ambassadors, defense attaches and Israel's creme de la creme. When former President Bill Clinton was in office, tens of thousands of Israelis would display the American flag together with the Israeli one on Israel's Independence Day. There was total solidarity between the two countries. Having won over their hearts, Clinton was, by a large margin, the most popular figure in Israel. In Obama's case, it's different. Yet, the special bond between the United States and the Jewish state remains strong. There isn't a single Israeli who can imagine himself, or his country, without the protective broad shoulders of the United States, without its moral backing and the knowledge that it is there, across the ocean. The United States is a kind of insurance policy for a rainy day. And for us Jews, bracing for a rainy day is ingrained in our DNA.

At the party, the turnout was higher than usual. A day earlier, Egyptian President Mohammed Morsi had been ousted from the presidential palace in Cairo. The Middle East is seething. Israelis are glued to their TV screens with eyes wide open, dumbfounded by the power whirring through Tahrir Square and awed by the fact that the Muslim Brotherhood had been booted out of power more quickly than when it seized it. They watched the success of the young Egyptian masses clamoring to regain their country. They might even be saying that perhaps it's possible to toy with the idea that things might eventually turn out well.

If Shapiro had walked among the many guests and heard the murmur, he would not have particularly liked it. What dominated the event, naturally, was the buzz over the second Egyptian revolution. A day earlier, the US Department of State had called "nonessential" diplomats to leave Cairo immediately. This is a strange pathology considering the fact that Cairo had seen far more precarious days during which the Americans never contemplated bailing out so hurriedly. If someone had given Shapiro an executive summary of the chats that had gone on in his own backyard among the senior politicians, officers, opinion setters and just plain guests, this is what the document would have looked like in broad strokes:

We can't figure out the United States. How much can you not get Middle Eastern affairs? How obtuse can you be to the events, failing to identify hope when it rears its head, ignoring the special circumstances of the hour and the desires of the people in the region, their readiness to embark on political and historic processes that are imposed on them?

To use a soccer metaphor, the United States scores countless own goals. This was the case when it let Hamas participate in the first elections in the Palestinian Authority even though it was in contravention of the Oslo Accords. For this, both Israelis and Palestinians are paying a price to this day: the Gaza Strip is cut off and every arrangement is torpedoed a priori. This was also the case when it left Egyptian President Hosni Mubarak to his own devices at the most critical junction. Things could have been done differently. The entire region was observing the United States' conduct, which left all of Washington's allies shocked. How naive can you be? Democracy is nice, but when you drop it on an ill-prepared society, which is not familiar with its values and which has not been brought up on its principles, what you do is to give the extremists the means to take over the moderate majority and wipe out any glimpse of hope. This is exactly what happened in Egypt, flinging it into chaos that lasted for two years.

The United States' conduct even in connection with the Israeli-Palestinian peace process prompts derision. A whole presidential term was lost, for which the Americans are squarely to blame, and now Obama's second term appears also to be lost because of the overenthusiasm and naivete of Secretary of State John Kerry, who is trying to knock down the wall with his head instead of breaking the paradigm, drawing up new rules and trying to walk down a road not taken.

The climax, which the guests of the US ambassador alluded to at the party throughout the evening, was the US response to Egypt's second revolution. How could the Americans not see that a great miracle is taking place right before their eyes? How could they not be seizing the opportunity to give a strong, supportive hand to the millions of Egyptians who have risen up to save their country from a dictatorial regime that had won the elections under the aegis of democracy? How could the United States — the cradle of freedom, equality and democracy — make a pact with a movement like the Muslim Brotherhood? How could it be that after everything they have gone through in our region, the Americans still don't understand that the slogans of the United States and the West about "democracy" do not apply to the Middle East? That not everything achieved by the ballot box is automatically legitimate. That the radical, religious and dangerous movements are the only ones that have prepared themselves for elections, and they will always be there to reap the fruit?

Today, more than in any other time in recent history, the United States looks like an aging tourist caught up in a melee of natives on some distant continent. It is clueless about what is happening and what should be done; it makes sure that at any given moment it will take the most calamitous course of action.

The above was whispered from one person to the next throughout the evening on the manicured lawns of the US ambassador's residence in Herzliyah. I would venture to say that it probably once or twice crossed the mind of Peres, Netanyahu and Gantz. Snap out of your shell shock, Israelis as well as Egyptians are telling the Americans. Let go of your dated, stale concepts. Something new and good is happening here. Lend us your hand and help, rather than sabotage and scuttle. America — land of the free and home of the brave — happy anniversary!