Prime Minister Erdogan has taken Turkey to a dangerous crossroads. 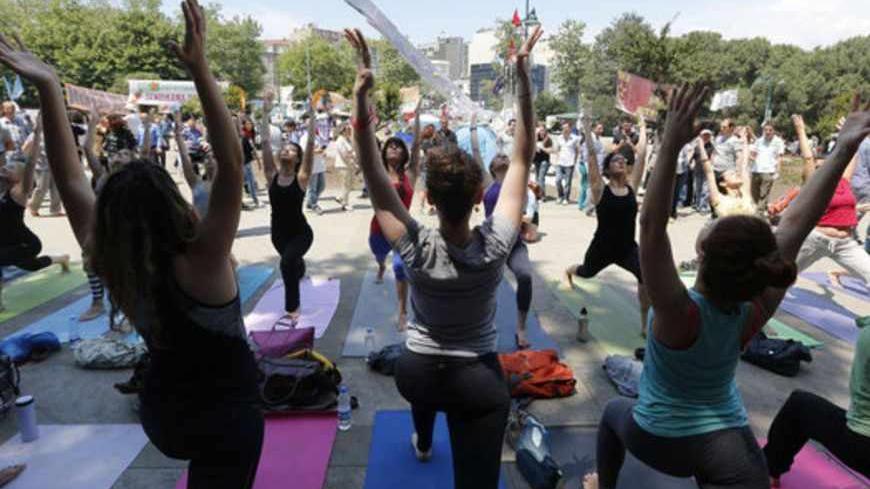 The fiery speech by Prime Minister Recep Tayyip Erdogan at Istanbul airport in the early hours of Friday in the aftermath of 10 days that rattled Turkey was a signal flare that the country is at a new and critical crossroads.

When looked at carefully, it doesn’t appear to be a routine juncture. But there are many deeply rooted political elements in it. One end is pointing to an abyss, where those who survive will continue their fight at the bottom, and the other, if managed with common sense, opens up to a flower garden where different varieties of flowers will bloom.

Looking at the Gezi Park protests and the social deadlock that followed the use of disproportional violence against the protesters, the paranoia that overwhelmed Erdogan and his close associates as well as the ”global conspiracies against Turkey” theories that the pro-government media gleefully spread around — all of this resulted in the creation of a twilight zone.

For those who appreciated Turkey’s saga of success over the years and the courageous Kurdish peace process recently initiated, this new situation came as a shock.

Why did it happen this way? How did a party leader who always led popularity lists and whose vote support was constantly around 50% came to this point of blowing up his bridges with a segment of the population? How come a political leader watched with interest the world over is not just watching the rotting of the social chemistry of his country but actively contributing to it?

The first issue is about Erdogan’s personality. He is like a character who rose from the back streets, from among the people living there, like Brazil’s Lula. Initially, he was careful, a modest primus inter pares (first among equals) among ‘’founding fathers,” along with Abdullah Gul and Bulent Arinc. But in the 2007 elections, when this collective leadership dispersed, he remained as the sole leader and, following the 2010 referendum, he launched an all-out campaign to dominate his party.

As former Justice and Development Party (AKP) MP Suat Kiniklioglu bluntly wrote in Today’s Zaman on June 6, the AKP parliamentary group was radically changed during the 2011 general elections. Those seen as centralist and liberal were discarded en masse. Those who, during and after the 2007 elections, affixed a centrist identity to the party were eliminated. The campaign was concluded with the removal of those with similar views from executive organs of the party at the September 2012 congress.

I understand Kiniklioglu’s reference to ‘’gradual purge’’ to mean the targeting of those close to [President] Gul and the Gulen faith movement from the 2011 slate of parliamentary candidates.

After 2011, Erdogan’s absolute control of the party also exposed his domineering personality. The new party cadres, who wanted their role to be not a mission of democratization, but self-interest, chummy relations and demanding a share of the pie. This of course necessitated that they never rose against the prime minister, no matter how just their cause but instead opt for toadyism. The internal consultation system that had left its mark on the party and was much admired by many during its initial days was totally discarded, to be replaced by an extremely dangerous sycophancy that only aimed at inflating the ego of the prime minister and getting into his good graces.

No doubt this warped order plays a major role in the twilight zone that has descended on the prime minister’s environs and Turkey as a whole. Actually, the signals of this were the stepping aside of the founding fathers, the ruthless application of violence to child demonstrators and students, removal of more moderate security officials from key posts and President Gul not concealing his uneasiness.

But the part that is like genies coming out of their bottles is this: A handful of apolitical youth blew up the wall of public fear surrounding Erdogan, who has become a leader interfering with the most basic lifestyles of individuals, who wants to control every little detail and who has become more of a de facto mayor of Istanbul than a prime minister. The energy burst out and people, who did not really oppose the economic and social policies of the prime minister, decided to voice their bottled-up criticisms on an array of issues. This shocked Erdogan, who is used to being constantly praised by his cronies and whose words were gospel. Contrary to expectations, this triggered his instinct of  “Do exactly the opposite of what they want.’’

Even more dangerous is his intransigence that defies rationality. Even more worrying is how Erdogan in his first speech after his return to Turkey marginalized Gul and Arinc, who had tried so hard to calm down the protests in his absence and who wanted to return the party to its old days of “softly speaking power.” Now the aftershocks of this radical move in the AKP that is still the key player in Turkey’s transformation are unavoidable. No doubt both Gul and Arinc have understood that the entry of the party they founded into this political twilight zone is a process that will have no winners.

We have reached an almost-existential turning point. According to a very apt diagnosis of Zaman’s Ihsan Dagi, “AKP today is having problems understanding the Turkey it has wrought. By attributing a social reaction to organizations and conspiracies, it is ignoring the roots of the events. Until today, it was the AKP that was advocating civilian rule, democratization and pluralism, instead of a domineering, condescending state that was trying to goad people into ideological formats. But as the AKP becomes statelier, this narrative is being adopted by others. This is the paradox. Now other people are objecting to same things AKP used to object to. These people are objecting to a government that sees the people as a 'project' and that wants to affix an identity on them. A society that is organizing, whose education levels are rising and integrating more with the world cannot be tamed under a hierarchical state authority from the top. People want a state that does not beat them up, does not nourish them and does not impose tutelage over them. Prime Minister Erdogan has two paths to choose from. He will either accept that his rule is not absolute but limited, or he will suppress the minority by relying on his majority."

In the old days, the military saw itself as the hammer, with everything else a nail. This explosion of young Turks shows that different segments of the people will wholeheartedly oppose an Erdogan who wants to see the country as a social experiment laboratory.

But Erdogan has one more choice. Give up all this and design a social garden where all kinds of flowers can bloom together. He can be its gardener.

The real message of the last 10 days is this:  Diversity, equality, courtesy, tolerance and freedom. To achieve this, he has to settle the new constitution issue as soon as possible.