A response to Shlomi Eldar’s article about the irrelevance of the Israeli Commission of Inquiry investigating the circumstances of Muhammad al-Durrah’s death. 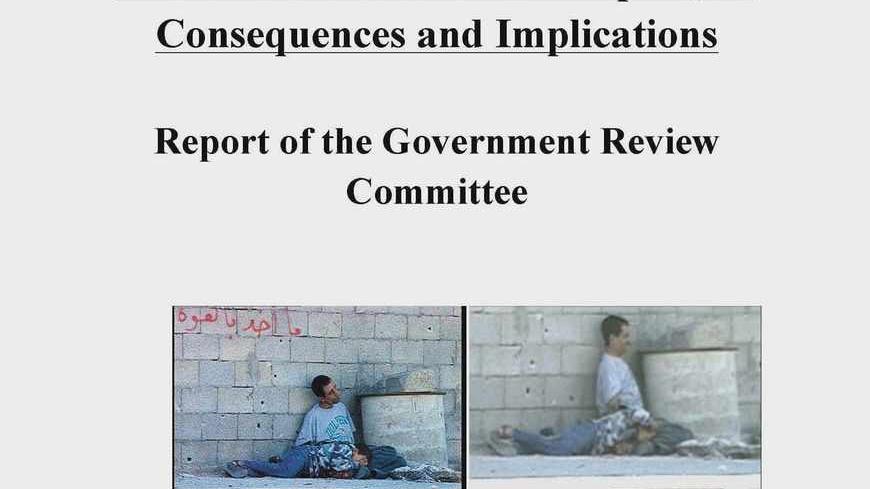 This image shows a portion of the cover of "The France 2 Al-Durrah Report, Its Consequences and Implications" published on May 19, 2013.

One can easily understand the Palestinian and the Arab responses to the findings of the official Commission of Inquiry established by the Israeli government to investigate the circumstances surrounding Muhammad al-Durrah’s death. Still, these findings are starting to assume a prominent position in the Palestinian narrative, and swiping the flag that once fluttered at the top of that flagpole. That isn’t easy to do. My problem isn’t with the Arab response, but with the Israeli response, and by that I don’t mean the Israeli Arabs, who have long considered themselves to be Palestinians, intrinsically linked to the Palestinian experience. My problem is with the Israeli response among Israeli Jews, Zionists, who lie within the Israeli mainstream and are well acquainted with the culture of fantasies and lies that surround us. My problem is with those who are intimately aware of the hypocritical business of delegitimization, which has thrived at our expense for an entire era.

Shlomi Eldar is one of the most prominent journalists to cover the Palestinian issue for the Israeli media, but the article he published on this site yesterday [May 20], is an excellent example of the problems inherent in the Israeli response. Why are we suddenly bringing up al-Durrah, he wondered. After all, it happened 13 years ago. After all, the Agranat 1973 Commission was created immediately after the Yom Kippur War, and the Kahan Commission was established right after the first Lebanon War 1982. What took us so long to create this Commission of Inquiry, and more generally, who does it actually benefit? After all, it’s too late to change the Palestinian narrative.

I have no idea where this comparison between the al-Durrah affair and the Yom Kippur and Lebanon wars actually came from. What could these events possibly have in common? After both the Yom Kippur and Lebanon wars, Israel engaged in an act of introspection in an effort to contend with thousands of casualties and a troubling decision-making process. The highest echelons of the political and military leadership went through a punishing grilling, as is customary in Israel. Ministers of defense were removed, governments fell and generals and chiefs-of-staff lost everything they had worked so hard to achieve. By the way, after spending 53 years roaming the Middle East, I’m still waiting to see one of the neighboring democracies form a single Commission of Inquiry like those. Just one. There simply haven’t been any.

But I have something else that I want to say to Shlomi Eldar. Right now, I really don’t care about the Palestinian narrative surrounding al-Durrah. As far as I am concerned, the main square in the town of Givatayim could be named after him. I don’t pin a lot of hope in the mob that surrounds us. No official Commission of Inquiry created by the Israeli government will succeed in changing the culture of hypocrisy and lies that still permeates the Arab world surrounding us. What interests me is what would happen if an Israeli soldier, and not some Syrian rebel, were photographed taking a bite out of the still throbbing heart of his enemy, who is lying dead at his feet. I want to know what would happen if 100,000 civilians were slaughtered in Jenin and Ramallah and Nablus in two years, instead of in Syria. The reason that I’m not upset is that I know exactly what would happen. We’ve gotten used to being the punching bag for the violent mob that surrounds us. Welcome to the Middle East.

There is no Israeli soldier who shot a Palestinian child in cold blood. I hope there never will be one, either. Deep in their hearts, the Arabs know that. No Israeli would don a suicide vest and blow himself up among a crowd of young people standing in line to get into a dance club. Baruch Goldstein was the one exception, and he remains a pariah until today. He reached the end of his tether and committed a terrible act, yet no one even considered naming a town square in his honor, not even in the settlement of Itamar. In the century-long Israeli-Palestinian conflict, the numbers of Palestinians or Arabs who were actually killed are relatively small, when comparing everything happening all around them. I oppose the continuation of the Israeli occupation of the territories. I think that the occupation causes great harm to Israel, and I don’t think that you would find another Israeli journalist who wrote a more scathing critique of Prime Minister Benjamin Netanyahu than me. I would sign the Geneva Peace initiative tomorrow and partition Jerusalem the day after that. But at the same time, I know that the Palestinian response to former Prime Minister Ehud Barak’s far-reaching peace proposals in 2000 was the second intifada, which included many barbaric assaults against women and children. I also know that former Prime Minister Ehud Olmert’s proposal to Palestinian Chairman Abu Mazen, as completely insane as it was, has not been answered until today. I also know that the Palestine Liberation Organization, or PLO, was founded before the Six-Day War, before there even was an occupation. That is why I try to keep everything in the right perspective.

Has it been 13 years since the al-Durrah incident occurred? So what? Since when should a lapse of 13 years keep us from that primal, perpetual urge to get to the truth? That’s what the media is there for, my dear Mr. Eldar. That’s exactly what it’s there for. If someone would come up to you now with incontrovertible proof that Israel assassinated former Palestinian Chairman Yasser Arafat, would you say: Hold on a minute, people. It happened 10 years ago. Who cares? No, you would jump on the information, because a healthy journalistic impulse compels you to keep digging until you finally uncover the truth. Is there no shortage of convicted murderers in prison fighting to prove their innocence, even after 30 years in jail? Suleiman al-Abeid, the Bedouin who was sentenced to prison for the murder of Hanit Kikos, protested his innocence until the very last minute, with the help of a very respectable and dedicated group of Israeli patriots who believed that he did not kill her. They still believe that today. The truth is a vital commodity, especially where we are. If we didn’t kill Muhammad al-Durrah, then I want to know that. If he wasn’t injured in the film clip screened by France 2, then I want to know that too. I also want all the others to know that. And even if they won't believe it, they must at least hear it. Deep in their hearts they know that despite all the bad things we say and write about the Israeli government, it is still far more reliable than any of the governments surrounding us.

And there is one more thing, which is no less important: the media. I have a lot of respect for correspondent Charles Enderlin from France 2, but as someone familiar with all the details at a very high resolution, I believe that he never should have determined that the al-Durrah boy was dead, as long as he had a video clip which showed him still alive. That footage was put into deep storage. It was censored and disappeared, only to show up again this week in the report by the Israeli Commission of Inquiry. A responsible journalist never would have broadcasted the footage without also showing the doubt, the full picture, and all of the details relevant to the story. When it comes to Israel, however, too many journalists and too many media outlets won’t let the facts ruin their story.

Well, this week we tried to ruin that story, if only just a little bit. I am very happy about that. Even if it will change nothing. Because in the end, the truth should win out.