The recent court cases about mosque ownership have raised questions about freedom of religion in Turkey. 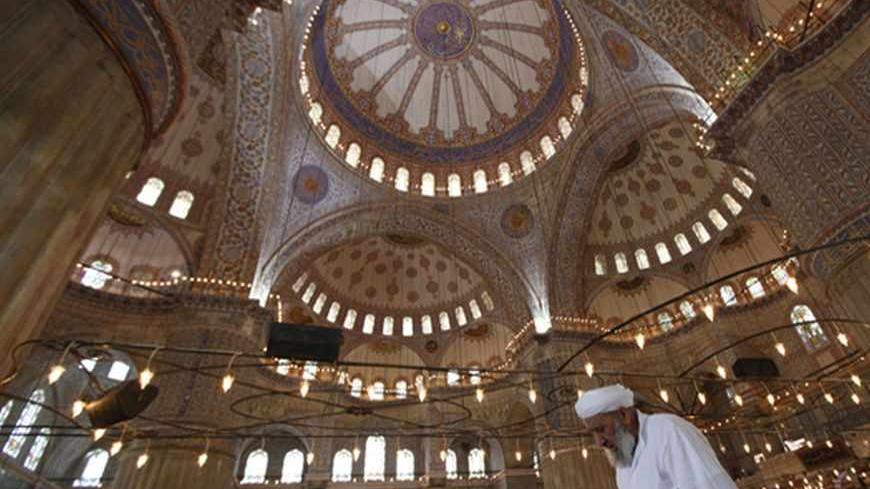 Worshippers attend their first Friday prayer for the holy month of Ramadan at Sultanahmet mosque, known as the Blue mosque, in Istanbul, July 20, 2012. - REUTERS/Murad Sezer

The Turkish Court of Cassation, a high court before which ordinary court decisions can be appealed, has recently engaged in an interesting discussion in connection with cases of thefts from mosques. The discussion was on the question whether the mosques are public property or just places of worship. The qualification of the crime would be changed according to the legal qualification of the mosques. The high court finally concluded that mosques are just places of worship.

This discussion is proof that there is confusion in even the minds of minds about the status of mosques in Turkey. This is because the state’s control of religion in Turkey is so strict that the status of mosques may appear controversial. All imams in Turkey are civil servants, and they are appointed to these mosques by the Religious Affairs Directorate, which is operating under the authority of the prime minister's office.

The high court finally decided that mosques are places of worship, not public property. But it did not provide an answer to who are the owners of Turkey’s 80,000 mosques. These mosques are governed by civil servants appointed by the Religious Affairs Directorate, with some of the mosques belonging to foundations and associations, while others belong to the treasury.

Turkey does not recognize religious communities, neither grants legal personality to their religious institutions. In other words, mosques and churches are not recognized as such. Namely, mosques are the mosques of the Religious Affairs Directorate or they belong to an association or foundation. Mosques, churches and their congregations are not recognized as legal entities. Instead, the Religious Affairs Directorate, foundations and associations represent them legally.

To better explain the situation in Turkey, one can look at how these institutions are recognized in Europe. For example in Germany, religious communities are offered the possibility to apply for a special public law status because they fulfill certain criteria and can conduct certain public functions. Thus, for example, members' donations to such communities and churches are paid via tax offices in the form of a special tax. In Turkey, on the other hand, the Religious Affairs Directorate uses the taxes paid by the public for funding services only for Sunni Muslims. In Austria, recognition is made under the law for churches and religious communities. In the Netherlands, religious organizations are granted legal status under the relevant provisions of the civil code. Even in France, from which Turkey inherited its strict secularist practices, religious communities are recognized under a separate category called “association culturele.”

If a religious institution would like to train its own clergymen, this is not possible for any religious community in Turkey. Imams (Muslim clerics) must attend a religious school and be employed by the Religious Affairs Directorate. The directorate has absolute power to appoint any imam to any mosque, and the congregation has no say in this. When it comes to non-Muslims, there is no way for them to train clergymen. The Halki Seminary, which trains Greek Orthodox clergymen, was closed in 1971. As for other non-Muslim congregations, there is no school or institution that can train their clergy. If a religious community would like to organize a talk or a conference on a specific matter, it needs to get permission from the governor. If it wants to publish a periodical, it needs to go through a legal procedure like any other person or institution. If it wants to open a Bible or Quran school, it needs to get permission and fill out a lot of paperwork.

These shortcomings do not stem from the legal loopholes which have come to be "accidental" or "incidental." Rather, the Turkish state seeks to take the religious sphere entirely under its control. Thus, it does not recognize Alevi cemevis [assembly houses] as places of worship; it appoints imams and preachers to mosques; it says to Armenians, Greeks and Jews, "Your cases are governed by the Treaty of Lausanne," but it does not give them a legal arrangement within which they can act in today's setting; it allows Protestants and Syriacs to establish associations, but these organizations are not granted any more rights than those available to "associations for building mosques" and it does not recognize churches and monasteries.

There is a tremendous gap in the field of religious affairs. Turkey, to be a democratic country, must recognize religious communities and their institutions in its constitutions and laws. Then, it must pass a law concerning religious institutions that will govern the relations and needs of religious groups. This law should further regulate such matters like establishing places of worship, recruiting staff, training clerics, collecting donations, holding meetings and ceremonies, running training courses, acquiring property and building care facilities for the elderly. The criteria for recognizing places of worship should be objective, like the number of attendants; it should not be up to the state to decide whether a cemevi or Buddhist temple is a place of worship or not. Likewise, Turkey should stop meddling with the internal affairs of the patriarchates of non-Muslims, and constitutional and legal guarantees should be provided to these institutions.

In short, when it comes to freedom of religion, Turkey has a very long way to go.