The Return of the Jordan Option For Palestine

Geoffrey Aronson writes on the emergence in Jordan of the view that Palestine is Jordan. 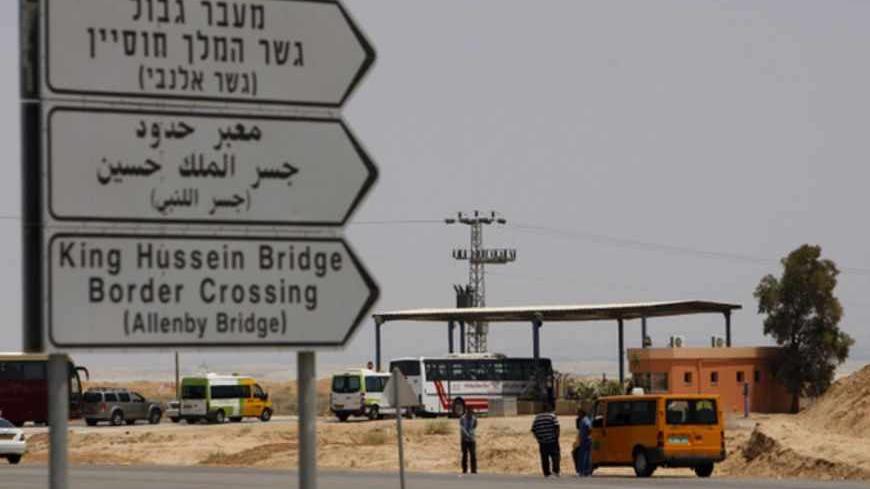 A recent visitor to Amman reports some senior Jordanians declaring openly that “there never was a place called Palestine. There is no such thing as Palestine, only Jordan.” Such sentiments, while still a minority view, mark a sea change in the long-standing Jordanian deference to the PLO on developments west of the Jordan River. According to one Palestinian, such views are being encouraged by some voices in Fatah, who fear Hamas' baton more than Amman's reluctant embrace, and who no doubt believe, as many veterans in Fatah do, that all it will take to turn Jordan into Palestine is a Palestinian decision to do so.

“Jordan is Palestine” is the mirror image of  “Palestine is Jordan." Jordanians identified with the latter are not contemplating a confederal agreement between respective Jordanian and and Palestinian states, but rather the restoration of Jordan's uncontested place in Jerusalem and the West Bank on the eve of the June 1967 war.

The ruler of the Hashemite Kingdom of Jordan is not to be envied. History and geography have played a cruel trick on the leader of this unlikely country. He is squeezed between more powerful and often warring parties, presiding over a population of subjects thrown together by war and circumstance.To its credit, Jordan has succeeded more often than it has failed to construct a popular and workable, if fragile sense of national identity shared by disparate Palestinian and Transjordanian communities during the last nine decades. However, the self-immolation of Syria, Fatah’s failure to end Israel's occupation of the West Bank, including East Jerusalem, and the uncertain promise of the Arab Spring are posing new and unprecedented challenges for King Abdullah II, whose head lies ever uneasy on the royal throne.

The feasting on the corpse that was once Syria poses the most immediate challenge to Jordan, and it was at the heart of recent discussions during the King's recent visit to Washington in the last week of April. But Jordan's cascading problem managing the fallout from Syria complements the more essential challenge that has always been uppermost in the mind of Jordan's political elite as well as its growing Islamic opposition. This challenge, of course, relates to the Palestinian dimension of Jordan's national identity, and the King's ability to manage this without his Hashemite or Transjordanian identity suffering as a consequence.

It is against Jordan's basic nature to make precipitous moves in any direction, yet a dynamic trend favoring a “New Look” in Jordan's Palestine policy — one that is viewed sympathetically in both Jerusalem and Washington — is hard to ignore.

For many years now Jordan has been confronting a most unwelcome strategic environment to its west, across the Jordan River. Fatah has failed to end Israel's occupation of the West Bank, including East Jerusalem, and the growing power of Hamas as a political factor has proceeded in tandem. Fatah is no friend of Jordan, where memories of Black September remain etched in the consciousness of the Jordanian elite. But Jordan long ago was forced by its own failures and by circumstances beyond its control to make its peace with the PLO, not only as the recognized representative of the Palestinian people — at least those residing east of the Jordan River —- but also as a strategic buffer against Israeli, American and Islamic/Arab claims against Amman. The PLO, notably after King Hussein's 1988 disengagement from the West Bank, became Jordan’s insurance policy against the imposition of a solution at Jordan's expense to Palestine's problems in West Bank and Gaza Strip.

To Jordan's dismay, it is being forced to realize that Fatah and the PLO it embodies cannot perform this task. This conclusion has been debated from time to time in recent years. The barometer of these discussions is Amman's on-again, off-again dance with Khaled Meshaal and Hamas, most notably the 2009 thaw in relations engineered by Gen. Mohammad Dhahabi, who was at the time head of Jordan's General Intelligence Department. If Fatah cannot be a Palestinian shield protecting Jordanian interests in a quiescent West Bank, it is argued, then perhaps Hamas should be given a go.

The other option, and the one today at the center of Jordan's agenda, suggests a fundamental rethinking of Jordan's exit from the West Bank that began with King Hussein's failure in 1972 to reach an agreement on Israeli withdrawal with Moshe Dayan and that gained momentum with the Arab League decision to recognize the PLO as the sole legitimate representative of the Palestinian people in 1974.  Like Jordan's unenthusiastic turn in Hamas' direction, this option reflects Jordan's despair at Fatah's failure and is a hedge against Fatah’s capitulation to Israel in a deal that would endanger Jordan's interest in preventing an influx of Palestinians eastward across the Jordan River.

One example of this trend is the “historic,” if precipitous, agreement between King Abdullah and PLO head Mahmoud Abbas in March confirming the Jordanian king’s stewardship of the holy places in Jerusalem.

"In this historic agreement, Abbas reiterated that the king is the custodian of holy sites in Jerusalem and that he has the right to exert all legal efforts to preserve them, especially Al-Aqsa mosque," the palace said in a statement. Abbas said that the agreement confirmed "Jordan's role since the era of the late King Hussein" and that it consolidated agreements established decades ago.

Abbas' signature marks the first formal Palestinian recognition of Jordan's central role in Jerusalem and it complements the understanding detailed in Jordan’s treaty with Israel in 1994. The treaty notes that “Israel respects the present special role of the Hashemite Kingdom of Jordan in Muslim Holy shrines in Jerusalem. When negotiations on the permanent status will take place, Israel will give high priority to the Jordanian historic role in these shrines.”

Abbas' interest in formalizing Jordan’s role is a function of Palestinian weakness and stands in ironic contrast to the nominal, and apparently symbolic boost for sovereignty won at the UN last November.

The understanding on Jerusalem reflects the PLO's interest in Amman as a diplomatic safe harbor, protecting against both Hamas and Israel, and Amman's readiness to reaffirm its interest in Jerusalem at the PLO's (and Hamas') expense.

These interests are not inconsistent with the evolving diplomatic strategy being pursued by US Secretary of State John Kerry. For more than a year, Amman has been a key way station of Washington's diplomacy, much to the dismay of some in Egypt who preside over long-stalled reconciliation efforts. But unlike President Mohammad Morsi, King Abdullah is interested in being identified with any American effort. Even if opposed to the ideas Kerry is now circulating, Jordan has rarely viewed itself as in a position to reject US efforts.

“Palestine is Jordan” has long been the rallying cry of Israel's right wing. It is now finding an uncertain echo in Jordan.